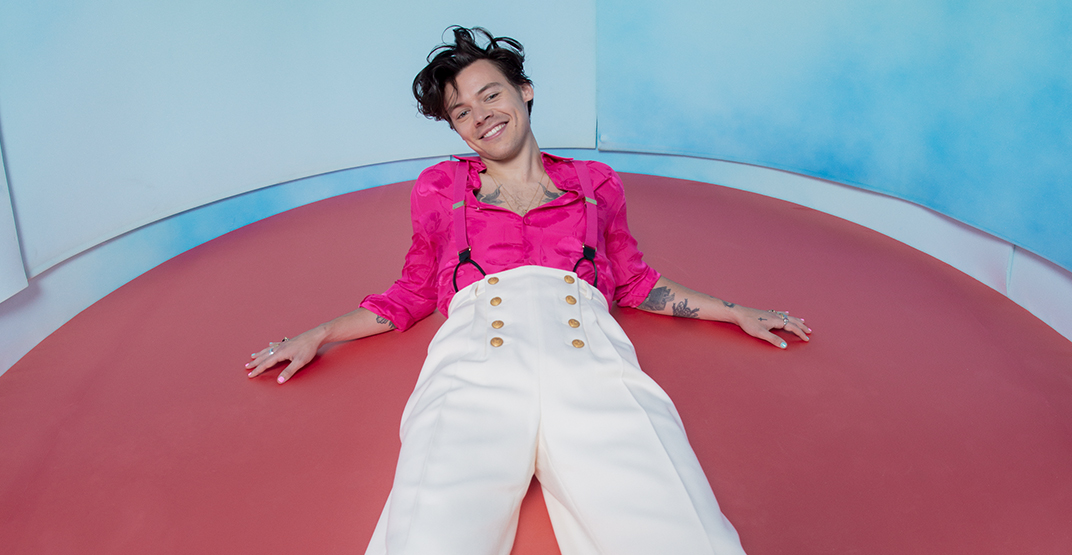 British pop icon Harry Styles is coming to Vancouver as part of his 2020 world tour, Love on Tour.

The singer-songwriter and former One Direction popstar will be singing tracks from his new album, Fine Line, which is coming out next month.

The extensive worldwide tour will see the star travelling across Europe starting in April, circling back to the US and Canada, and ultimately hosting his grand finale in Mexico in October.

And as if seeing Harry IRL wasn’t enough to get excited about, each ticket for his Canadian shows bought online also comes with a CD copy of Fine Line.

Fans can also know they’re doing their part in giving back to the community, with $1 per ticket being allocated to local charities.

Stylers are in for one awesome show, and not only will they see Harry in all his glory on the night, but his talented openers too.

Styles will be accompanied by singer/songwriter Jenny Lewis in US and Canada, Jamaican reggae singer Koffee in Mexico, and popstar King Princess in Europe.

Tickets to Harry Styles’ Vancouver 2020 concert are on sale now, starting at $39.50 (plus fees) via Ticketmaster. However, you could win two free tickets to the show simply by entering the contest below!

To enter for your chance to win two tickets to Harry Styles’ Love on Tour live at Rogers Arena on August 23, 2020, do at least one of the following:

Contest entries will be accepted from the time and date of publishing until 11:59 pm on December 11, 2019. One winner will be chosen at random and contacted through the platform they used to enter.