We don’t need to tell you twice that the Mad Decent Block Party is one of the biggest and best events to hit Vancouver right as summertime wraps up. The massive twerk party goes down on Sunday, September 6t at the PNE Ampitheatre and will feature performances by Major Lazer, Dillon Francis, Grandtheft, Humans, Netsky, Lunice & Party Favor to name a few.

Since MDBP is the end of summer blowout to be at, Vancity Buzz is super excited to announce that we’re hooking one lucky person up with two passes to join the party.

Enter the giveaway below and be sure to get your friends to enter so they can take you with them if they win. Winner will be contacted via entry platform on Tuesday, August 4th. This contest is open to all ages. Here’s how to win;

You can enter only once via one of the following entry methods: 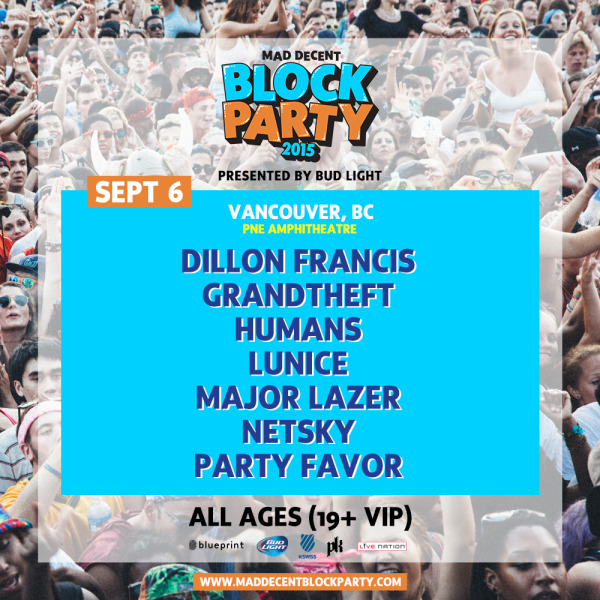