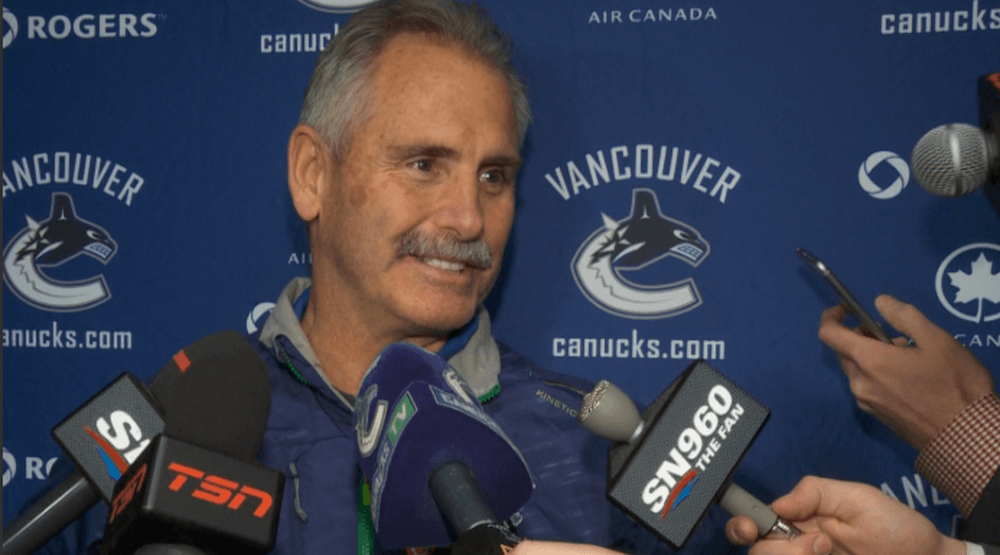 The show must go on.

NHL players or not, the men’s Olympic hockey tournament will take place in PyeongChang next February. With that, preparations are underway to field Olympic teams void of NHL talent for the first time since 1994.

Willie Desjardins, the former Canucks coach who was fired by the team in April will coach Canada at the 2018 Olympics, according to Steve Simmons of the Toronto Sun.

Desjardins checks a few boxes for Hockey Canada. Not only is he an accomplished coach, but he’s not currently tied to an NHL team. That’s key, as the NHL will not interrupt its season next year to allow for Olympic participation.

The 60-year-old coach likely has job offers to stay in the NHL as an assistant, but the opportunity to go to the Olympic Games has to be on his bucket list.

The product of Climax, Saskatchewan also has experience internationally, coaching Team Canada at the World Juniors on two occasions, once as an assistant (2009) and once as a head coach (2010).