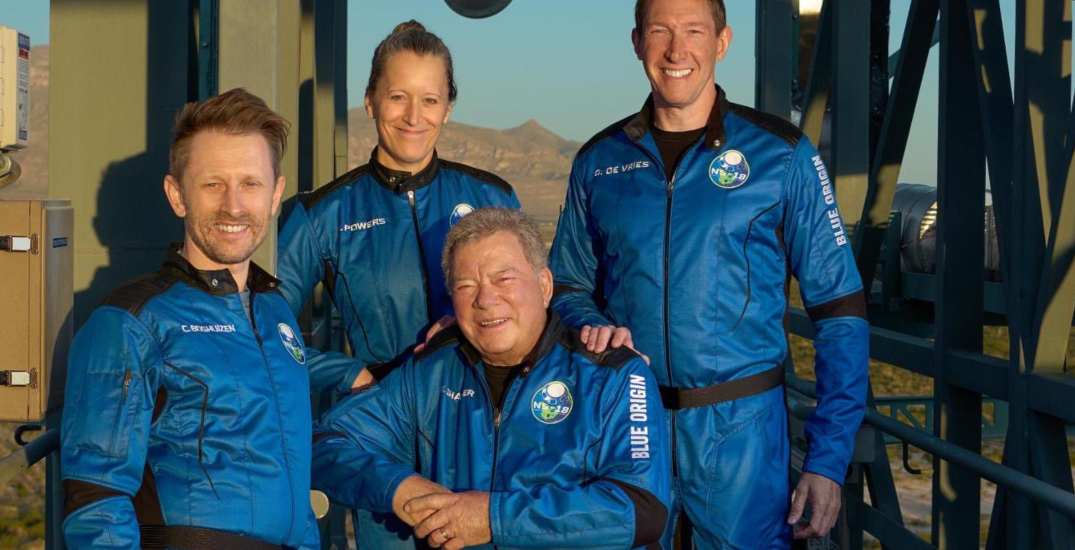 On Wednesday, the 90-year-old actor and Montreal native flew 106 kilometres over a West Texas desert aboard a ship built by Jeff Bezos’ aerospace company, Blue Origin.

“I’ve heard about space for a long time now. I’m taking the opportunity to see it for myself. What a miracle,” said Shatner in a press release.

Shatner flew on the “New Shepard” alongside a crew that featured Dr. Chris Boshuizen, Glen de Vries, and Audrey Powers. It was the 18th space voyage the launch vehicle designed for space tourism has taken.

#NewShepard and the #NS18 crew headed to space this morning from Launch Site One. pic.twitter.com/gKUMRXk6IC

A lifelong Star Trek fan, Bezos famously made his first voyage to space on July 20 alongside his brother, Mark. The crew from that NS-16 flight included 82-year-old aviator Wally Funk, who, up until now, was the oldest person to have gone to space.

Shatner, who is eight years Funk’s senior, posted a statement to Twitter the morning of the NS-18 flight, comparing his experience to one of a “boy playing on the seashore.”

I do not know what I may appear to the world, but to myself I seem to have been only like a boy playing on the seashore, diverting myself in now & then finding a smoother pebble or a prettier shell than ordinary, whilst the great ocean of truth lay all undiscovered before me.🚀 pic.twitter.com/ZY2Ka8ij7z

A full replay of Shatner’s NS-18 flight is available for viewing on the company’s website.