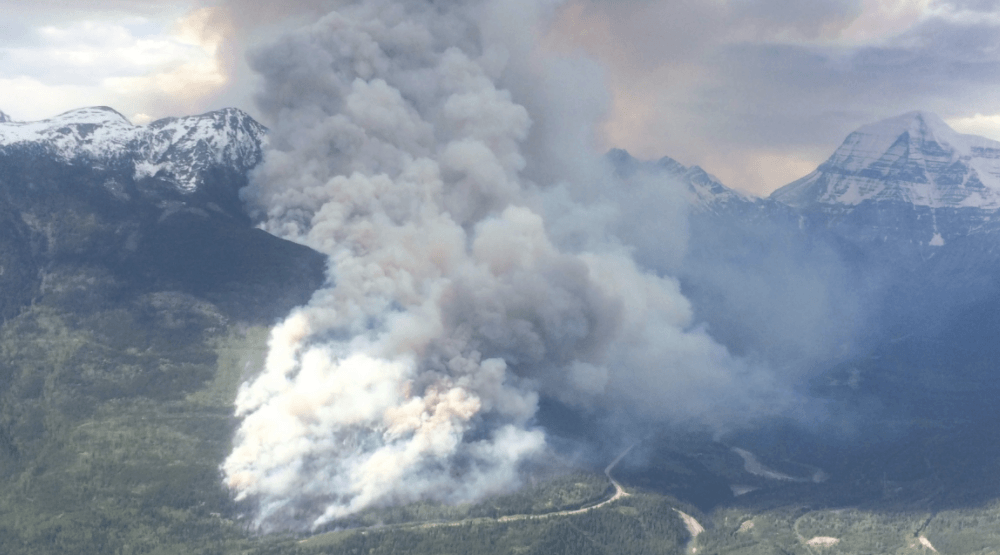 A major BC wildfire is burning near Mount Robson Provincial Park, five km east of the tiny community of Tête Jaune Cache.

The fire is an estimated 200 hectares in size, and was discovered on Tuesday, according to the BC Wildfire Service.

“The incident took substantial precipitation overnight that has currently reduced any significant fire behaviour,” said BC Wildfire Service in a release. However, “aggressive winds” on Tuesday caused the fire to grow the fire to its estimated current size.

The fire is believed to be human-caused and is located on the south aspect, north of Highway 16.

A total of 26 firefighters and two officers have been deployed to the scene, with crews working on two spot fires that are south of Highway 16 with hose lay. These spot fires are currently under control.

In the meantime, people are advised to be cautious due to smoke in the valley, and to check DriveBC for current road conditions.