Minnesota’s Josh Harding pays tribute to fallen teammates, in what has been a brutal off season for the the NHL and hockey in general.   On the back of his mask you can see the names of  friends and former teammates that have passed away, Rick Rypien, Derek Boogaard and Pavol Demitra. He also pays tribute to his Grandmother.

This isn’t the first time he’s payed tribute or used his mask to send a message. In the past he promoted Breast Cancer awareness during his sister’s battle with the disease. 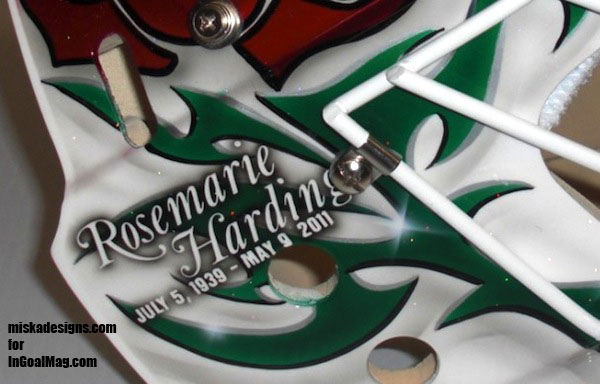