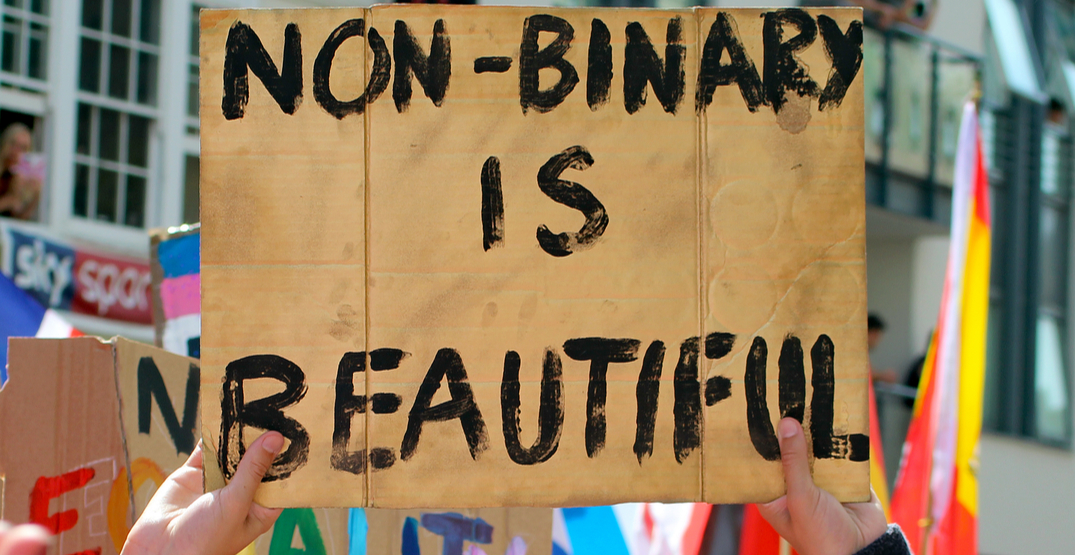 “What is it about ‘they/them’ [pronouns] that’s so problematic?” asks Wil Fundal, reflecting upon the resistance to using non-binary pronouns for non-binary people.

“Is it the singular or the plurality of ‘they’ that you’re having a problem with, or is it the person and their identity?”

Fresh off the captivating @cbcpodcasts’ “They & Us”, @wilfundal is on This Is VANCOLOUR to discuss gender identity, gender expression, pronouns, and more!

Non-binary gender broadens gender identity outside of the binary sex, male or female, that is assigned at birth. It can be considered as transgender since non-binary people identify with a gender that is different than their assigned sex.

Fundal is the host of the CBC Original Podcast, “They & Us”, which narrates the journeys of several non-binary British Columbians outside of Vancouver, including Fundal’s own experience in coming out as non-binary. Rather than serve as the definitive authority on gender expression, gender identity, and pronouns, the podcast delves into the complexity of these issues to illustrate what it means to be non-binary.

Take, for example, gender expression: the outward appearance, mannerisms, interests, and behaviours associated with gender in a particular culture. Jewelry and certain clothing configurations (such as a skirt) may be feminine in some cultures, whereas they take on a masculine expression in other cultures.

Even within every specific culture, gender expression changes. A crop-top in North America may be stereotyped as a feminine expression, but it ignores historical pop-culture: “Manly” men like Johnny Depp, Carl Weathers, and Mark Wahlberg famously wore crop-tops throughout the 1980s and 1990s. Over the last five years, the crop-top is being re-masculinized with the likes of Kid Cudi, Zac Efron, and a wide array of straight, cis-gendered, male professional athletes also bearing their midriff in a crop-top.

Gender expression, therefore, is wholly dependent upon varying social constructs. This can be extended to societal gender roles and, ultimately, to gender identity. But where there has been more cultural acceptance for fluid gender expression (the crop top), gender roles (the stay-at-home dad), and same-sex or queer sexual orientations, the reality of gender identity has only recently emerged in the public consciousness.

As Fundal explains, “gender and gender identity is not simple.”

The concept of a non-binary gender, where individuals are categorized by themselves or their society as neither a man nor a woman, is not new. There are many cultural and historical examples around the world which have encompassed the idea of a non-binary (or, third-gender) person. This includes Two-Spirit people, a modern umbrella term for gender-variant First Nations people with rich and diverse histories of fulfilling ceremonial and social roles within their respective cultures.

“This isn’t a preference.”

Even with historical precedence and an understanding that gender embodies specific social and cultural constructs, Fundal confronts the resistance that non-binary people, themself included, face when asking others to use they/them or alternative pronouns. Understanding that language also evolves, they suggest that it is not a linguistic resistance, but rather, one rooted in prejudice and intolerance.

“What are they taking away from me if I use they or them pronouns?” asks Wil, “[The word ‘they’] is plural. Okay, sure. You’re right, it is plural. However, it is now a societally-acceptable singular word… The honorific [gender neutral] Mx, has been there for many years. It’s a term that is acceptable.”

“They & Us” goes beyond identifying and embracing the discomfort of using they/them or alternative pronouns. Rather, the podcast series sheds light onto the cultural constructs that determine our narrowest understanding of gender and how those constructs can be reshaped, through expressions like pronouns, to better include the complicated intersection of gender and sexuality. It achieves this by highly-personalized story-telling that delves into the issues with vulnerability and compassion.

Wil’s hope is that “They & Us” can be an accessible entry point for those interested in better understanding the real-life lived experiences of non-binary people.

“That, to me, is success. We’re now talking about it. It’s not this fetishized or big thing that’s so incomprehensible. We break it down through experiences and stories… That’s how we all learn.”

Have a listen to the full This is VANCOLOUR podcast: