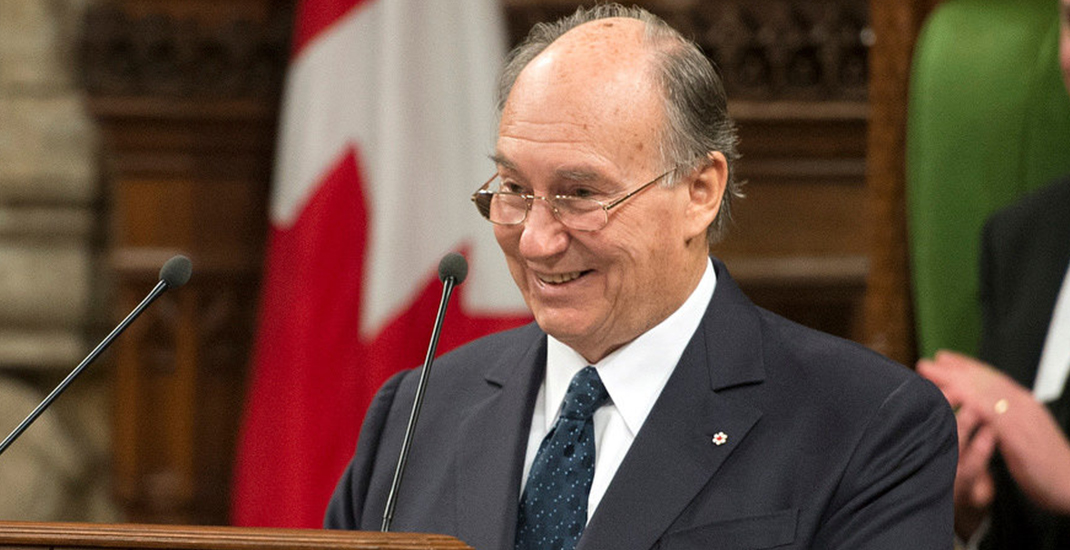 Written for Daily Hive by Barinder Rasode, a former City Councillor for the City of Surrey and current CEO of Niche Canada.

The world needs hope more now than ever before.

While society as a whole has progressed over the past decades, recent years have taken us down dark paths, and we need light to guide us out. That light can’t come from just one person, but is the collective sum of many working together for the common good.

These change makers should be household names, but they’re often not. They work tirelessly without asking for recognition, letting results speak for themselves. In doing so, their narratives get told by others, changing perception of who they are and what they’re really about.

Early in 2017, Conservative MP Garnett Genius made a notable observation, that it was unfortunate that many Canadians who were not familiar with the Aga Khan would hear his name only in the context of the Prime Minister’s own violations of ethics transgressions.

That a global leader of such incredible moral stature and wide respect should have to be subject to the impact of national political squabbles, is sad development.

Canadians have been scratching their heads trying to understand the Aga Khan – a successful businessman, humanitarian, and Muslim leader – and what drives him.

At the same time, they should know that leaders from all political and social stripes have been tripping over themselves for decades to praise him.

It was Prime Minister Pierre Trudeau who opened Canada’s doors to thousands of Ismaili refugees from Uganda in the 1970s. In 1985, Prime Minister Brian Mulroney attended the opening of the first Ismaili Centre in Burnaby, BC, showing “how proud we are that you have chosen Canada.”

In 2005, he was named a Companion of the Order of Canada from Prime Minister Paul Martin. 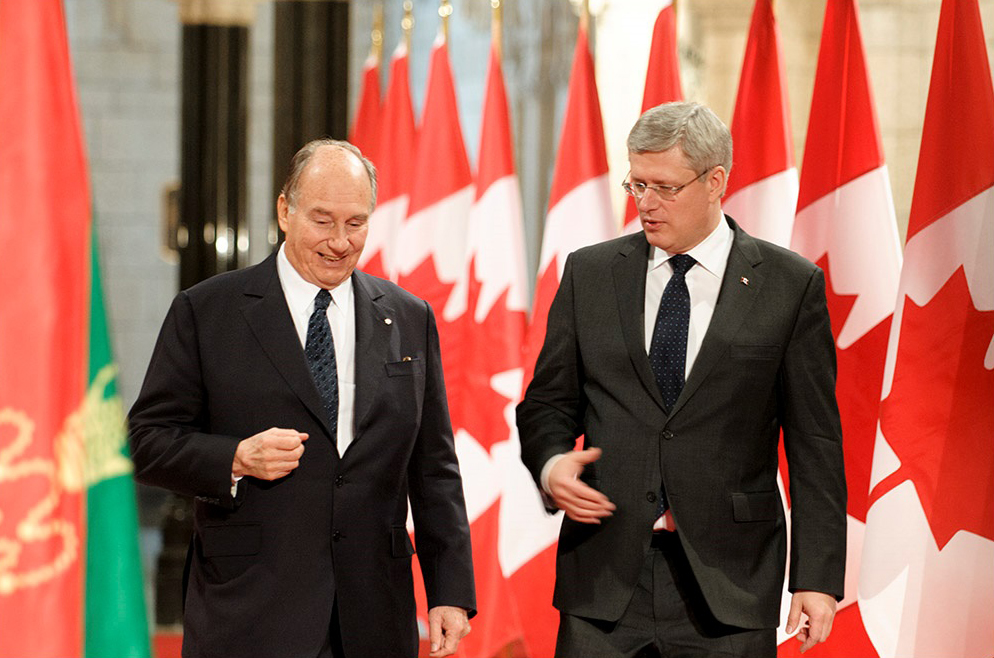 But the admiration of the Aga Khan is not limited to Canada – governments and movers-and-shakers globally have all shown tremendous public support, giving him a staggering number of awards, honorary degrees, and keys to cities.

But why? What’s the big deal with the Aga Khan?

He helps the most vulnerable people in the world

The breadth of the Aga Khan and his institutions’ work is staggering.

The Aga Khan Development Network (AKDN), established in 1967, is the largest private development network in the world, operating in over 30 countries and employing over 80,000 people. The organization focuses on improving the quality of life of all people, regardless of gender, origin, faith, or ethnicity.

The reputation of the Aga Khan’s work in developing countries is unparalleled.

Countries around the world have given large sums of money to his organization to pursue tremendous numbers of development projects. For example, since its inception in 1988, the Aga Khan Trust for Culture has rehabilitated over 350 historic sites and cities, such as the 30-hectare Al-Azhar park in Cairo, Egypt. 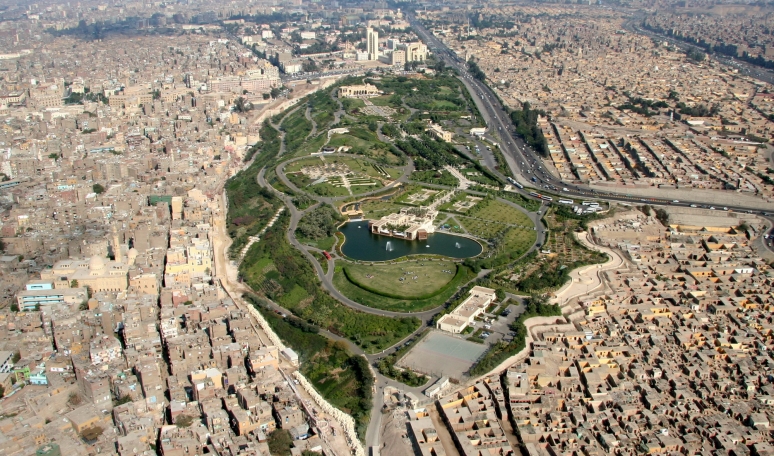 The Aga Khan Trust for Culture completed the redevelopment of the Al-Azhar Park in Cairo, Egypt in 2005 (Gary Otte/AKDN)

But why the Aga Khan?

It’s the “multiplier effect,” according to Paul Collier, a Professor of Economics at Oxford University. The Aga Khan’s savvy and trusted development activities allow every dollar spent to maximize benefits. And the world sees this.

But also, one could argue, it’s because he acts as a springboard for hope.

“Your aims were and are ambitious: you set out to create sustainable structures in trouble spots. You set out to build pluralistic civil societies and thus stabilize entire regions over the long term. And that precisely in places where at first it seems impossible,” German President Frank-Walter Steinmeir said about the Aga Khan in 2016.

He builds bridges across religions and communities

The Aga Khan’s efforts to bring together people across the world have been repeatedly lauded, and looking to Uganda is the perfect example of his desire to build bridges between communities. The country which expelled his followers in the 1970s eventually came around knocking at his door. In 2007, President Museveni conceded that Uganda had failed to develop sufficient capacity for power, and agreements with previous investors failed.

It was the Aga Khan Fund for Economic Development, which provided financial resources, networks, and development for the project that cost nearly $862 million.

His values are Canadian values

The Aga Khan has long admired Canada. In an historic address to a special joint session of Parliament in 2014, he called Canada a “leader in a community of nations” for its commitment and history in developing a pluralistic society.

His Highness the Aga Khan addressing the Canadian Parliament in February 2014 (Image: AKDN)

Canadian values are why the Aga Khan and his institutions have invested heavily in Canada over the decades.

He renovated and refurbished the former site of the vacant War Museum, opening the Global Centre for Pluralism in Ottawa in its place. He also invested $300 million in opening the Aga Khan Museum in Toronto, and $55 million on the Delegation of the Ismaili Imamat building in Ottawa. Most recently, he gifted a $25 million garden to the University of Alberta, which is slated to open this summer.

His work for vulnerable populations extends even in Canada.

It was at the AKDN’s Global Centre for Pluralism where the former Chief Justice of Canada, Beverly McLaughlin, shook the country by railing against atrocities faced by indigenous people in Canada, calling it “cultural genocide.”

The Aga Khan’s admiration for Canada has been cemented by the love that over 120,000 Canadian Ismailis feel for their country. In a 2014 interview with Peter Mansbridge, he said:

“They are Canadians. The value systems of Canada become theirs. I think they share their value systems with Canadians… And in fact we found it recently just the way Canadian Ismailis reacted to the idea of voluntary service outside Canada — to help other communities, build competence, introduce best practice into our institutions, our programmes — that sort of generosity, that sort of thinking of others and not just one’s self, to me is very much part of the Canadian psyche. In that sense the community here is Canadian. Its value system is Canadian.” 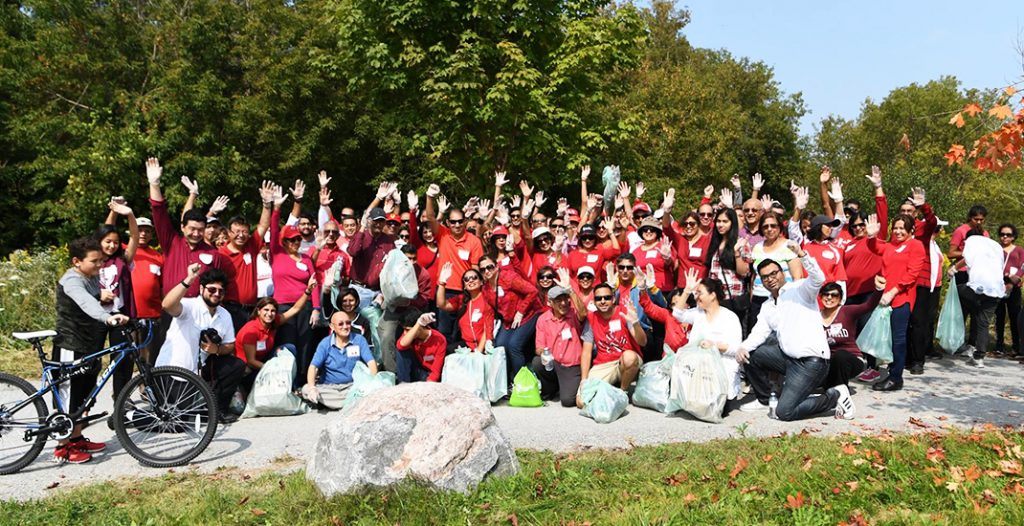 In his footsteps, Ismailis have given back significant amounts of money and time to local communities and charities. Over the past year alone, Ismailis across Canada pledged to volunteer one million hours of community service – a target they completed in six months.

He provides hope for peace and coexistence in a complex world

The Aga Khan is uniquely positioned to provide guidance to overcome the dividedness that has marked humanity from the beginning of time. He advocates for pluralism, which is a continuing process that strives to “connect with one another in order to learn from one another, and to build our future together.”

“Pluralism does not mean the elimination of difference, but the embrace of difference,” he said at the Global Centre for Pluralism opening in May 2017. “Genuine pluralism understands that diversity does not weaken a society, it strengthens it. In an ever-shrinking, ever more diverse world, a genuine sense of pluralism is the indispensable foundation for human peace and progress.”

So why does he do all of this?

“We have a duty,” the Aga Khan has said, “to leave the world a better place.”

So, it is fitting to say on the eve of his Diamond Jubilee 60th anniversary visits to Canada, in the words of former Prime Minister Stephen Harper, “Welcome to our home and native land, your Highness. It is, now and forever your home, your Highness, your home as well.”