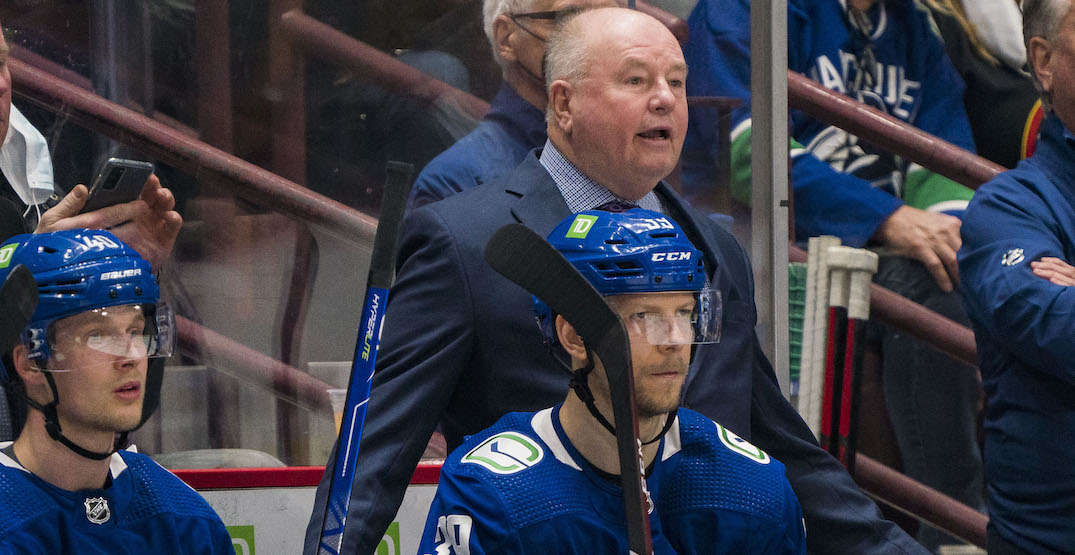 If you didn’t hear NHL insider John Shannon on our show this week, here he is on the status of head coach Bruce Boudreau, noting that Francesco Aquilini would like to have him back.

"If Francesco had his way, I believe Bruce would be back now, but right now it's not just the owner's call. Jim & Patrik are involved in this, too, and so is Bruce on the other side."@JShannonhl on Boudreau's future. #Canucks @AudiVancouver

Then Elliotte Friedman went on Donnie and Dhali, and said he expects Boudreau to come back.

Funny how that works, eh?

Soon as the ownership and management appear on different sides, let’s quell the storm and make this uncomfortable story go away.

But it very much sounded to me like Francesco Aquilini wants Boudreau back because:

It also tells me that there was someone between Jim Rutherford and Patrik Allvin who wanted a different head coach, and it sounds like they’ve learned a lesson about how things work at Canucks Sports and Entertainment.

That you have autonomy until you don’t.

Now, was there good process in hiring Bruce? No, it was the owner flying in to convince him, with input from Rutherford, but this wasn’t a hiring of Rutherford’s design.

As Daniel Wagner pointed out this week, the difference between the Canucks and a real fight for a playoff spot right now is ownership’s decision to reschedule two 50% capacity games in early-January.

Ownership wanted full gates, and so the rescheduled contests turned into back-to-backs with the Canucks earning just one of a possible four points against the Islanders and Senators.

The Canucks had been on an eight-game heater in January when those games were initially scheduled, playoff gates would have far exceeded the revenues they stood to lose.

The owner chose money over competitiveness, and it blew up in his face.

The coaching decision did not.

A reminder that when ownership gets it wrong, it’s called meddling.

When ownership gets it right, it’s called good management.

Either way, we’re getting our reminder of who calls the shots, and that’s not changing until ownership does.