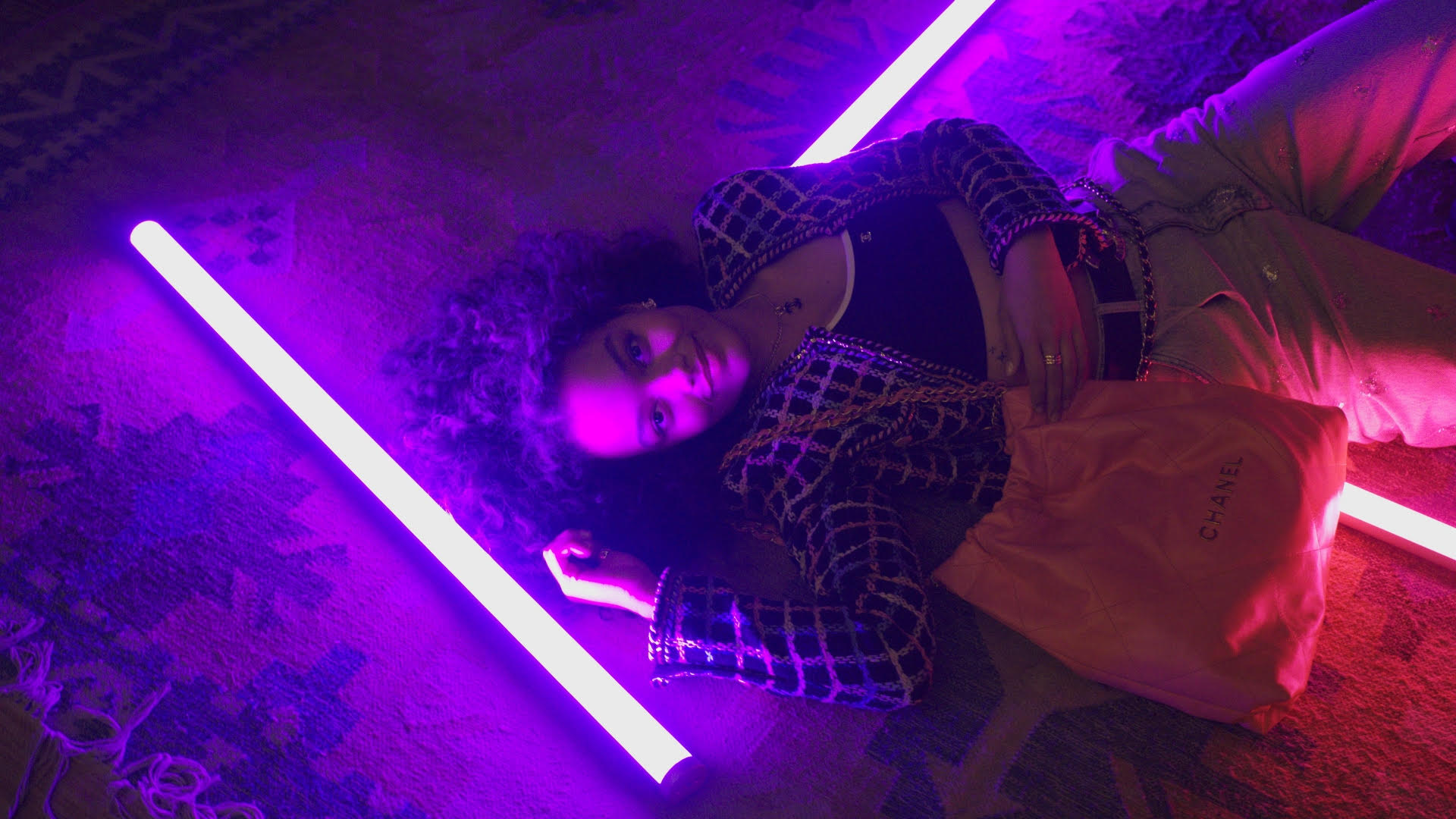 CHANEL has a new muse — and she just happens to be from Vancouver.

Gossip Girl star Whitney Peak is front and centre in the French luxury brands’ new campaign for the 22 bag, which made its debut as part of CHANEL’s spring collection.

The Port Coquitlam native models a lavender colour version of the tote style bag, designed by the creative director of CHANEL Virginie Viard, in a series of photos taken by Inez & Vinoodh.

The photography duo also produced a short film starring Whitney, which “dives into the lives of these muses while reflecting the zeitgeist” — also referencing campaign co-stars Margaret Qualley and Lily-Rose Depp.

In the film, 19-year-old Whitney is seen exploring New York City, where she relocated in 2020 to begin production on Gossip Girl.

Peak was born in Kampala, Uganda, and later lived in Dubai, where her Canadian dad worked as a pilot. The family relocated to Port Coquitlam in 2012 when she was just nine years old.

As a youngster, the Terry Fox Secondary alum began dabbling in dance and acrobatics — but soon dreamt of an acting career.

“I didn’t think acting was a thing that people could just do,” she said to Elle in June 2021. “I always thought I was very far away from that world. And that watching was the closest I could get to being a part of it.”

Peak has also worked as a model, appearing in a campaign for Vancouver-based AG Hair back in 2019.

She’s appeared in a number of high profile television series, including Chilling Adventures Of Sabrina, Home Before Dark, and most notably as Zoya Lott in the HBO Max Gossip Girl reboot.

The latter also lead to her being named an ambassador for CHANEL last summer. “Honestly, I never dreamed I’d get the attention of such a reputable house, let alone the pleasure of working with and representing them,” she said to Vogue in March 2021. “I’m looking forward to showing how versatile and timeless Chanel is.”