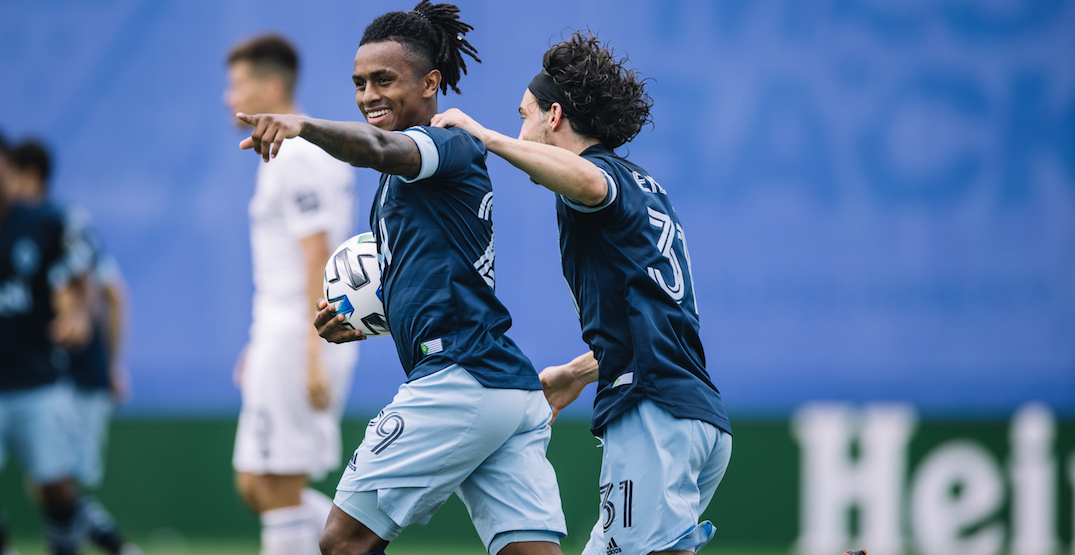 Against all odds, the Vancouver Whitecaps are advancing to the Round of 16 at the MLS is Back tournament.

Entering their final match of the group stage, the Whitecaps needed to win by at least two goals and that’s exactly what they did. Beating the Chicago Fire 2-0 for their first win of the tournament, the Whitecaps are assured of qualifying for the next round on the strength of being one of the top four third-place teams in the tournament.

The match, which began at 6 am PT, was delayed for 90 minutes due to a thunderstorm in the Orlando area.

The Whitecaps were being outplayed badly at the break, but the score was 0-0. Vancouver took Chicago by storm immediately upon returning to the pitch, striking twice with goals from Yordy Reyna in the 65th minute and Cristian Dajome in the 71st minute. Both goals were scored following incredible through balls, with Ali Adnan assisting on Reyna’s goal and Reyna setting up Dajome for the important 2-0 goal.

Chicago appeared to get one back in the 84th minute, which would have been a deathblow for Vancouver, but the goal was disallowed due to a handball.

Thomas Hasal, the Whitecaps’ 21-year-old third-string goalkeeper, picked up the clean sheet in his first-ever MLS start. He hasn’t given up a goal since replacing Max Crepeau, who fractured his left thumb against Seattle on Sunday.

The Whitecaps will play their next match in the Round of 16 on Sunday, July 26 against either Toronto FC or Sporting Kansas City.