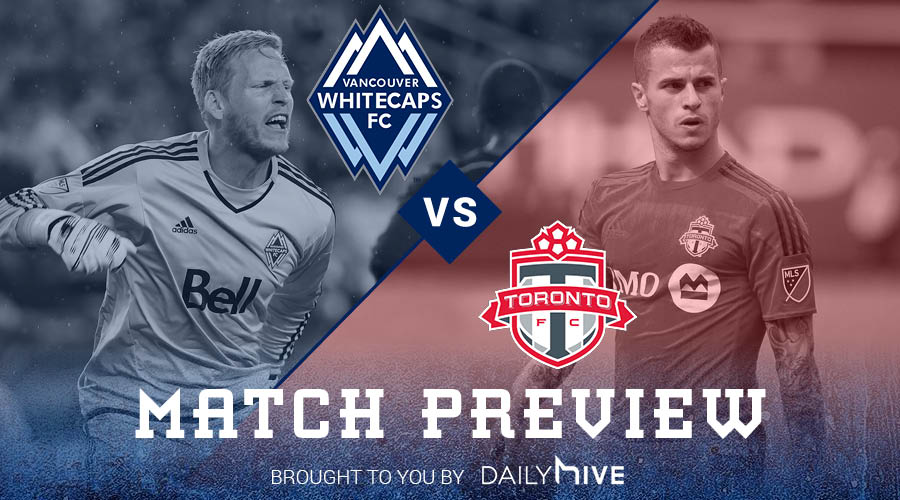 The 1-0 loss to Toronto FC last week at BMO Field was not the best start to the 2016 Voyageur’s Cup Final for the Vancouver Whitecaps. The good news is that despite trailing their rivals from the Centre of the Universe, the Whitecaps have the benefit of playing the deciding game in front of their passionate home fans at BC Place.

Last weekend in MLS league play the Vancouver Whitecaps pulled off a rare come-from-behind win against the Philadelphia Union. Since the autumn of 2014 the ‘Caps have only managed to achieve this feat twice, and both times it’s been within the friendly confines of BC Place.

Perhaps the most impressive aspect of the win over Philly was the manner in which they overcame the early setback. After falling behind thanks to Roland Alberg’s 14th minute goal, the Whitecaps returned fire and scored just 5 minutes later courtesy of Andrew Jacobson’s header off a corner kick.

Kekuta Manneh put the Whitecaps in control of the match just before halftime when he scored a wonderful goal after a surging 65-yard run up the left channel. Finally, Christian Bolaños then effectively sealed the match with a well taken goal 15 minutes from full time.

Bolanos has not been at his best, but a fine finish. Hurtado deserves big credit to pick him out with his switch of play! #PHIvVAN #MLS

With striker Octavio Rivero heavily rumoured to be leaving Vancouver for Chilean giants Colo Colo on a possible loan deal, the goal scoring questions surfaced once again prior to the match against the Union.

With 3 different players scoring for the Whitecaps, as well as Pedro Morales and Erik Hurtado both adding assists on Saturday, the signs are positive for Vancouver. However, whether the Whitecaps can score the goals they need in the pressure cooker of a Cup Final is another matter.

The Voyageur’s Cup will be decided on the basis of aggregate score, where away goals count as the tiebreaker. With that said, here are the possible scenarios.

The Whitecaps will take home the Cup if they:

Toronto FC will win the Cup if they:

When it comes to the success, or lack thereof, of Designated Player signings, Toronto FC’s woeful record speaks for itself. However, the one DP signing that the Reds nailed was the addition of attacking midfielder Sebastian Giovinco prior to the 2015 MLS season.

The diminutive midfielder joined Toronto FC after a decade at Italy’s world famous Juventus. During his time with the ‘Old Lady’ of Turin he was loaned out for lengthy spells at Empoli and Parma, and earned almost two dozen senior caps for Italy. More recently Giovinco was left out of Antonio Conte’s Italy squad for the 2016 European Championships which are currently underway in France.

Giovinco’s impact in his first season for Toronto was profound. His first point came at the expense of the Vancouver Whitecaps on the opening day of the 2015 MLS season at BC Place. Giovinco provided the assist on Jozy Altidore’s 32nd minute goal which drew TFC level with the ‘Caps. The man they fondly call the ‘Formica Atomica’ (Atomic Ant) scored 22 goals, tallied 16 assists and brought home several personal honours including the MLS Golden Boot (scoring title), MLS Newcomer of the Year and the MLS MVP award.

Some thoughts on the #VCup last night: 1) TFC was better team on night. Whether that's repeatable in VCR is a different thing.

Last week in TFC’s first leg win over the ‘Caps Giovinco was impressive – he scored the only goal of the match in the 43rd minute, and created many more scoring opportunities for Toronto.

In order to help overturn the one goal deficit the Whitecaps will have to contain and neutralize Giovinco. Fortunately for Vancouver, tonight’s challenge may be a little easier with trio of GK Clint Irwin, MF Michael Bradley, and F Jozy Altidore all unavailable for the match.

Winning the Voyageur’s Cup for the very first time in 2015 was a huge moment for the Vancouver Whitecaps. Supporters had grown used to watching the Cup slip through their fingers year after year, but on one magical evening in August 2015 the Whitecaps finally got the job done.

After drawing the first leg 2-2 at Stade Saputo a fortnight earlier, the Whitecaps came back to BC Place with the advantage of two away goals tucked in their back pocket. Luck was with the Whitecaps that night when Montreal’s Victor Cabrera was ejected midway through the first half after picking up a pair of yellow cards for repeatedly fouling Octavio Rivero.

With the Impact down a man and the crowd urging them to victory, the Whitecaps pushed hard for the win. Vancouver dominated the shorthanded Impact, and won the game thanks to a goals from Rivero and defender Tim Parker.

The victory sealed the Whitecaps’ first ever Voyageur’s Cup, and was one of the team’s biggest achievements in their most successful season since joining Major League Soccer in 2011. More importantly, it was an important milestone for a franchise eager to claim a bigger share of the spotlight in Vancouver’s professional sports market.

“It means everything to everybody in that locker room,” said Whitecaps midfielder Russell Teibert. “When you can win a first trophy for this club it’s an extraordinary feeling. I know what it meant to us, what it meant to the fans, and I’d love to bring the Canadian Championship back to Vancouver again.”

The Whitecaps will try to celebrate like that night again tonight.