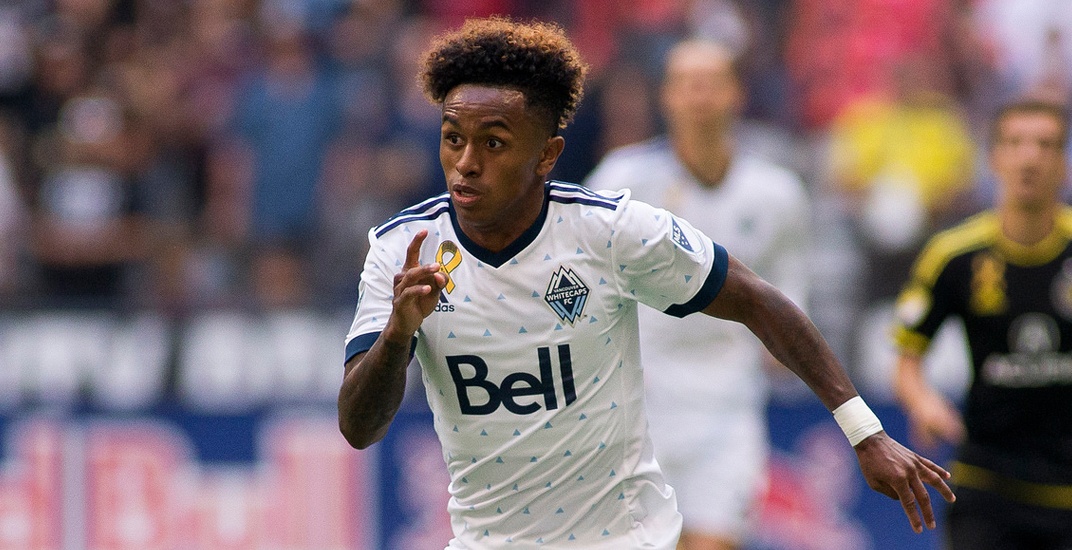 There are three undisputed, universal truths: death, taxes, and the Vancouver Whitecaps are a much better team when Yordy Reyna is in the lineup.

Before Reyna’s debut as a substitute in the 62nd minute of the ‘Caps horrific 4-0 loss in Chicago on July 1st, the Whitecaps had a record of 6 wins, 3 draws, and 6 losses. After the Peruvian started to get regular minutes, his team has picked up 9 wins, 3 draws, and 4 losses.

Coincidence? Hardly, especially when you consider that the man nicknamed ‘Magic’ has contributed with four game-winning goals in the process.

The boost in form has allowed the Blue and White to slowly but surely climb their way to the top of the Western Conference standings with only two games remaining in the season.

Though the campaign has not yet finished, one can’t avoid starting to look ahead to what the playoffs may look like. It is then that the Vancouver Whitecaps may face a big challenge ahead.

Reyna’s home country of Peru has earned their way to play a two-legged playoff series against New Zealand for a coveted ticket to the World Cup in Russia next summer.

The problem? Those two games are scheduled to take place sometime between November 6 and 14, right in the thick of the MLS playoffs.

The knockout round of the MLS playoffs begins on October 25, with the second leg of the Western Conference semi-final set for November 5.

Should Reyna be called upon to defend the Peruvian national team, the creative midfielder could miss the return leg of the Western Conference semi-finals. That’s a playoff possibility that the Whitecaps are very close to securing. Should the Whitecaps clinch first or second place, that would give them a bye to the Western semis.

The World Cup qualifier dates have yet to be decided upon, though both countries appear to be pushing for games later in the window, or even outside of the window. The two sides have reportedly suggested playing the first match on November 11 in New Zealand, with the second match in Peru on November 15.

A later start is clearly better from a Whitecaps perspective, as Reyna could theoretically play for both club and country in that scenario.

So, what are the chances that Reyna will be called to his national team?

Considering that he was involved in Peru’s latest qualification match against Colombia, chances are very high that Reyna will be summoned once again to fight for his country.

Reyna’s absence in a crucial match in the playoffs could be devastating for the Whitecaps. He has demonstrated that he is able to win a match with a stroke of brilliance. The resurgence of Fredy Montero’s goal-scoring prowess as of late is heavily linked to the quality service that Reyna has provided.

So, in a do or die situation, you absolutely want Reyna on the field.

Will missing Reyna doom the #VWFC in the playoffs? We chat about it. Listen here 🎧➡ https://t.co/l75YfRuvRf #WhitecapsFC #MLS pic.twitter.com/KbfRsoCOju

Having said that, the 2017 Vancouver Whitecaps have shown that they are a scrappy bunch who are able to get results in the unlikeliest of circumstances and without their star player.

After all, Reyna was recovering from injury for the first half of the season and his teammates were able to keep themselves in playoff contention.

More recently Carl Robinson’s pupils went to the Blue Hell in Kansas City and stole a win, something no team had been able to do in the previous 24 tries. And they did so without Reyna in the starting lineup.

Carl Robinson has Nicolas Mezquida or even Christian Bolanos as options to replace Reyna on the pitch. Neither of them with the same success rate as the Peruvian though. Similarly, the Welsh tactician can opt to return to a formation that doesn’t require a player with Reyna’s characteristics like the 4-3-3 that has also been proven successful throughout the year.

So, will the Whitecaps and their fans cringe if Yordy Reyna’s name is on the Peruvian national team list to travel to New Zealand? Absolutely.

At the same time, will it be impossible for them to get a result without ‘Magic’ on the field? Not necessarily, but it will certainly be a much tougher task.