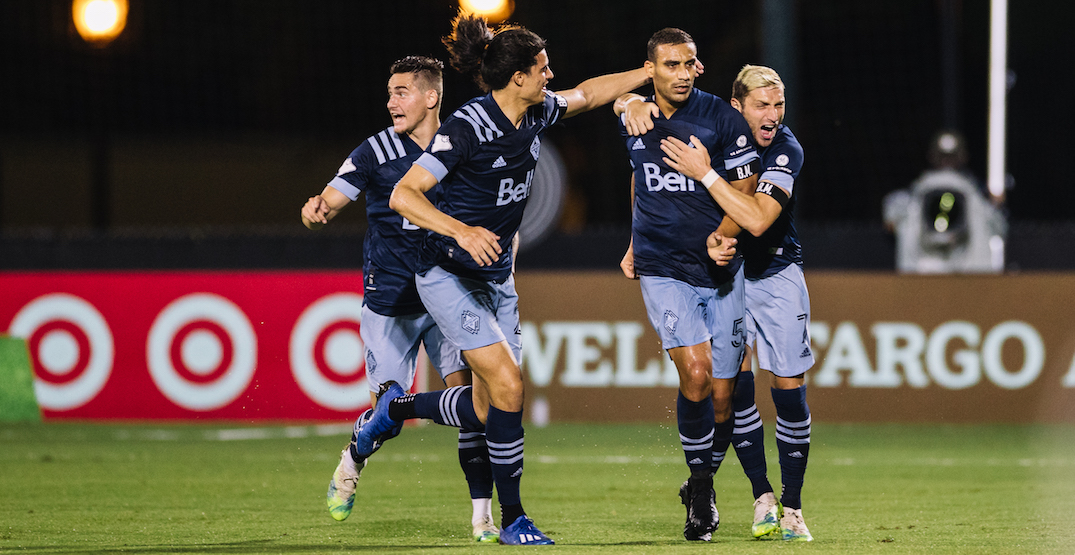 Not much has gone according to plan at the MLS is Back tournament in Orlando so far, which until tonight, hadn’t included the Vancouver Whitecaps.

With their first match cancelled due to FC Dallas having to remove themselves from the tournament, the Whitecaps had to wait until the second week of the tournament to play a meaningful match.

And well, it didn’t go according to plan either, but damn was it ever exciting — and not just because this was the first Vancouver pro sports team to return during the pandemic.

It began with the team’s official Twitter account. @WhitecapsFC was unable to tweet in the lead up to the match due to Twitter disabling tweets for verified accounts after some high profile accounts were hacked today.

That led to the team coming up with a burner account, @WFC_Intern, to update fans.

alright everybody don’t worry I got this

Twitter fixed the bug prior to kick off, but the Whitecaps ran with the intern anyway.

come on guys let me have this https://t.co/QQ9lXpYvFI

Prior to the start of the match, players honoured the Black Lives Matter movement, and displayed personalized messages for social justice on their jerseys. Jake Nerwinski carried the jersey of Whitecaps goalkeeper Bryan Meredith, whose mother Beth died on Tuesday.

Hey guys so obviously this is the intern account and all that but please spare a thought for Brian. All of our thoughts are with him and his family right now. 💙 pic.twitter.com/VUGAa5ig6u

Again, intern and all that uno but pay attention to this. Black Lives Matter. Big up the players for this. pic.twitter.com/uiPXGaZQdp

As for the match, it was a roller coaster of emotion for ‘Caps fans, ultimately ending in disappointment, with San Jose scoring the winner in stoppage time to take the match 4-3.

An underdog Whitecaps squad got off to a great start, shocking the San Jose Earthquakes with a pair of early goals to take a commanding lead.

Ali Adnan scored a beautiful goal in the seventh minute, while a botched two-man breakaway ended up in a San Jose own goal, giving Vancouver a 2-0 lead.

So for those of you keeping track at home if everything keeps up we're on pace to win 8-0 #stats #VWFC pic.twitter.com/Vtu1E4m4eN

THEY'RE LOVING IT BACK AT HOME BIG UP EVERY SUPPORTER WATCHING #VWFC pic.twitter.com/jxJqkzf6Fy

Andres Rios scored a late first half goal for San Jose to cut the lead in half, but Vancouver was still in a good position, at least on the scoreboard. The Whitecaps led 2-1 at halftime, but were being badly outplayed, as the first half stats illustrated.

Despite giving up an MLS-record 22 corners in the match, the Whitecaps led 3-1 in the 60th minute, when Cristian Dajome accepted a gift from San Jose goalkeeper Daniel Vega.

It wasn’t pretty, but they had a two-goal lead again.

And then it all fell apart.

Chris Wondolowski (72nd minute) and Oswaldo Alanis (81st minute) scored for the Earthquakes to level the match, before ex-Whitecap Shea Salinas scored the decisive goal in the eighth minute of stoppage time.

SHEA SALINAS GOES ALL THE WAY!

It was a gut-wrenching loss, but the Whitecaps are still in a decent spot heading into their last two matches. Vancouver plays Cascadia rival Seattle Sounders on Sunday at 7:30 pm.

The top two teams in each group, plus the four best third-place teams, will advance to the Round of 16 at this World Cup style tournament.