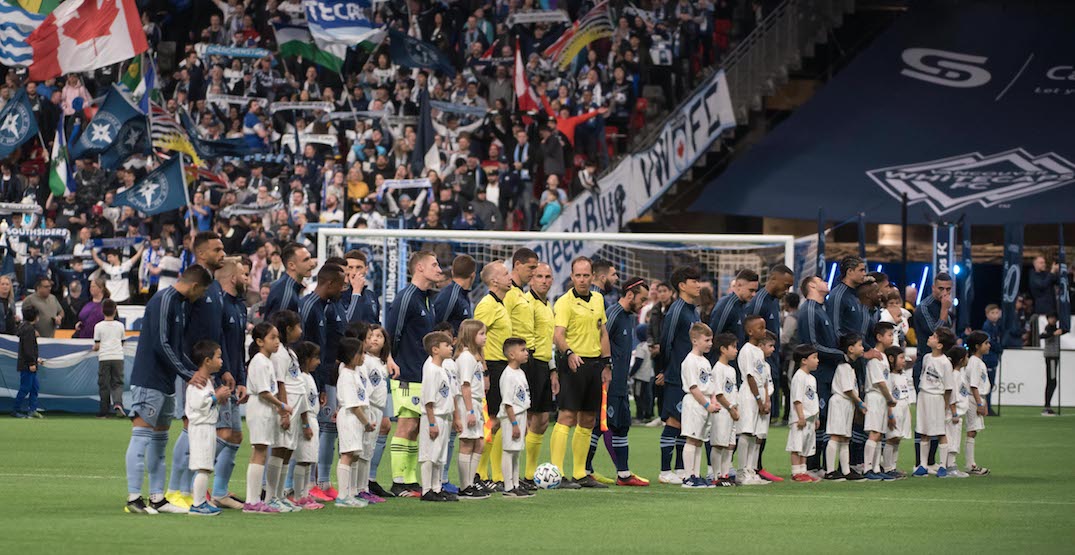 When the Vancouver Whitecaps announced their 2021 schedule back in March, the team said it was “hopeful” it could return to BC Place at some point this season.

Fast forward to today, and that dream is looking more realistic than ever.

In fact, the Whitecaps are now saying they’re “optimistic” that they can play matches back in Vancouver at some point this summer. The team announced today that its home matches in July will continue to be played at Rio Tinto Stadium in Sandy, Utah.

“We are optimistic we will once again be back home playing at BC Place this summer,” said Whitecaps FC CEO and sporting director Axel Schuster.

Indeed, there’s now a good reason for Schuster and the Whitecaps to believe they can host games in Vancouver in the not too distant future. Step 4 of BC’s restart plan calls for teams like the Whitecaps to be able to host matches with fans in attendance, likely by September 7.

Due to the massive size of BC Place and the fact that matches can be played outdoors, BC Premier John Horgan left the door open to the possibility that pro teams could be allowed to host fans during Step 3.

“We are very encouraged by BC’s Restart plan, the declining COVID-19 cases and hospitalizations, as well as the strong response by British Columbians to getting vaccinated,” said Schuster. “As more and more Canadians get vaccinated and case counts continue to drop, we can see the light at the end of the tunnel.

“We have been away from our city and our supporters for far too long and are optimistic we will once again be back home playing at BC Place this summer.”

While the Whitecaps can now see the light at the end of the tunnel with regards to the ability to host fans, there’s still a lot of uncertainty regarding cross-border travel. Unlike the BC Lions, most of their opponents are located in the United States.

“We will continue to work with government officials regarding border restrictions, public health authorities, and MLS to be ready to return when the time comes,” Schuster added.

The entire Whitecaps team in Utah, including players, coaches, and support staff, have received two shots of the COVID-19 vaccine and will be considered fully vaccinated next week, the team confirmed.

Still, it remains up to the federal government to decide when the Whitecaps and their opponents can travel in and out of the country without jeopardizing public health.

The Whitecaps did host three matches at BC Place last September, without fans in attendance, against Toronto and Montreal prior to relocating to the United States for the remainder of the season. The last time fans attended a Whitecaps match at BC Place was February 29, 2020 — 454 days ago.