The ‘Caps extended their winning streak to four matches on Saturday night with a 2-0 victory over defending MLS Cup champions LA Galaxy (1W-2L-2D).

Both of Vancouver’s goals came in the second half. Kekuta Manneh opened the scoring with his first goal of the season and MLS Player of the Month Octavio Rivero continued his red-hot start with his league-leading fourth goal in five matches to seal the victory.

It was a dominant performance from the ‘Caps, who outshot LA by an 18-6 margin and held them to just one shot on target. Not bad for a team that had only beat the Galaxy once in 12 previous meetings.

This is the first time Whitecaps FC have won four straight matches in MLS. The victory puts Vancouver atop the MLS standings with 12 out of a possible 15 points from their first five matches. 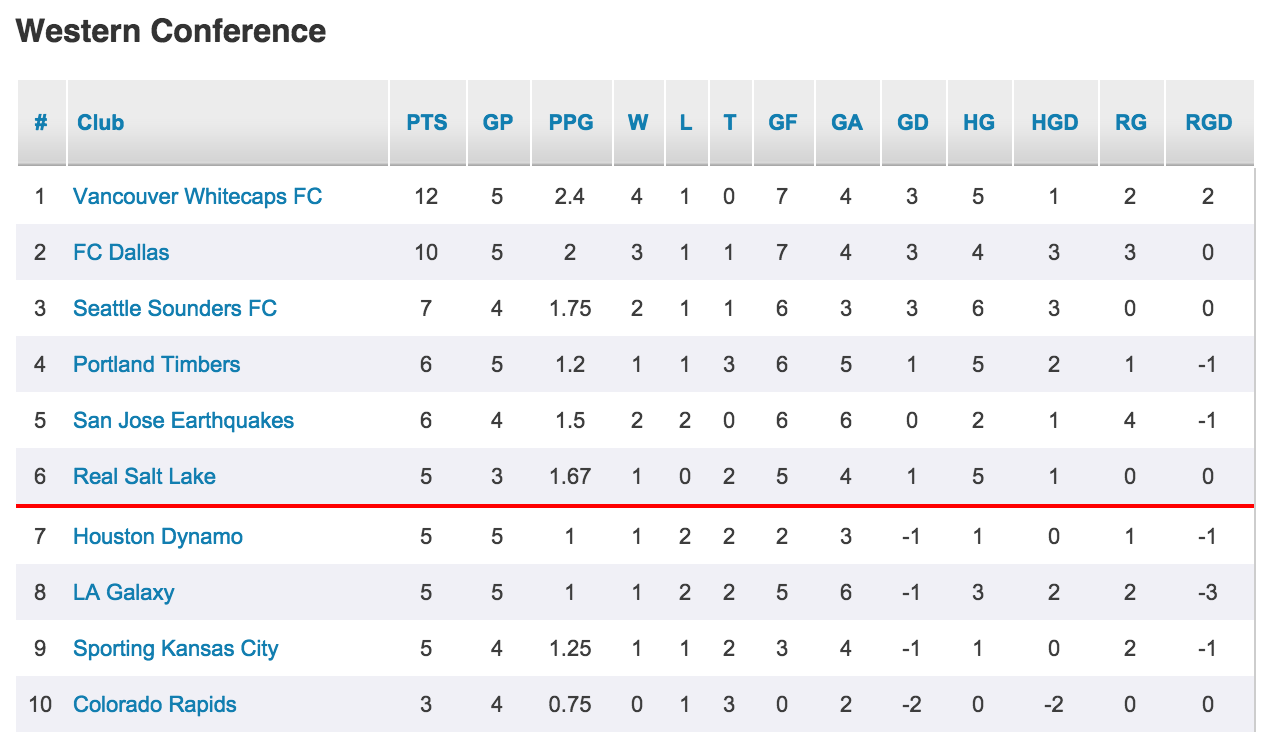 Whitecaps FC head coach Carl Robinson made two changes to his starting lineup after last weekend’s win over Portland Timbers. After serving his one-match suspension, Manneh drew back into the team in place of Erik Hurtado on the left wing, while Russell Teibert replaced an injured Gershon Koffie (left MCL sprain) in midfield.

Both players were very involved in the early going, as the ‘Caps got off to a bright start in front of a sold-out BC Place crowd. Teibert was lively as usual in the middle of the park, both with and without the ball, and Manneh looked dangerous in and around the box. The 20-year-old winger had a game-high five shots in the first half.

One of Vancouver’s best first-half chances, however, came off the foot of captain Pedro Morales in the 11th minute. After some nice build-up play between Rivero and Nicolas Mezquida, the Chilean received the ball in the centre of the box before turning and firing with his left foot. Unfortunately for Morales, Galaxy goalkeeper Jaime Penedo was well positioned to handle it with ease.

At the other end of the park, Whitecaps FC goalkeeper David Ousted wasn’t tested once in the opening frame thanks to some fine defending from the home team. It was an encouraging half from the ‘Caps, who controlled 57 per cent of possession and outshot the Galaxy 8-2 but entered the break in a scoreless deadlock.

LA looked a little better to start the second half, but Robinson’s side quickly settled in and took over the game. In the 56th minute, Morales played a perfectly weighted throughball to Manneh, who fired it in from the top of the box to put Whitecaps FC ahead. Morales now has assists in three straight matches.

Just 10 minutes later, the ‘Caps made it 2-0 with Rivero’s league-leading fourth goal of the season. The 23-year-old Uruguayan banged in a rebound from close range after some nice work by Mezquida, who was named Budweiser Man of the Match for his impressive showing.

Vancouver could have had two or three more in the dying stages with substitutes Darren Mattocks and Erik Hurtado coming on and creating a number of chances. But in the end they cruised to a comfortable 2-0 victory over the defending champs. 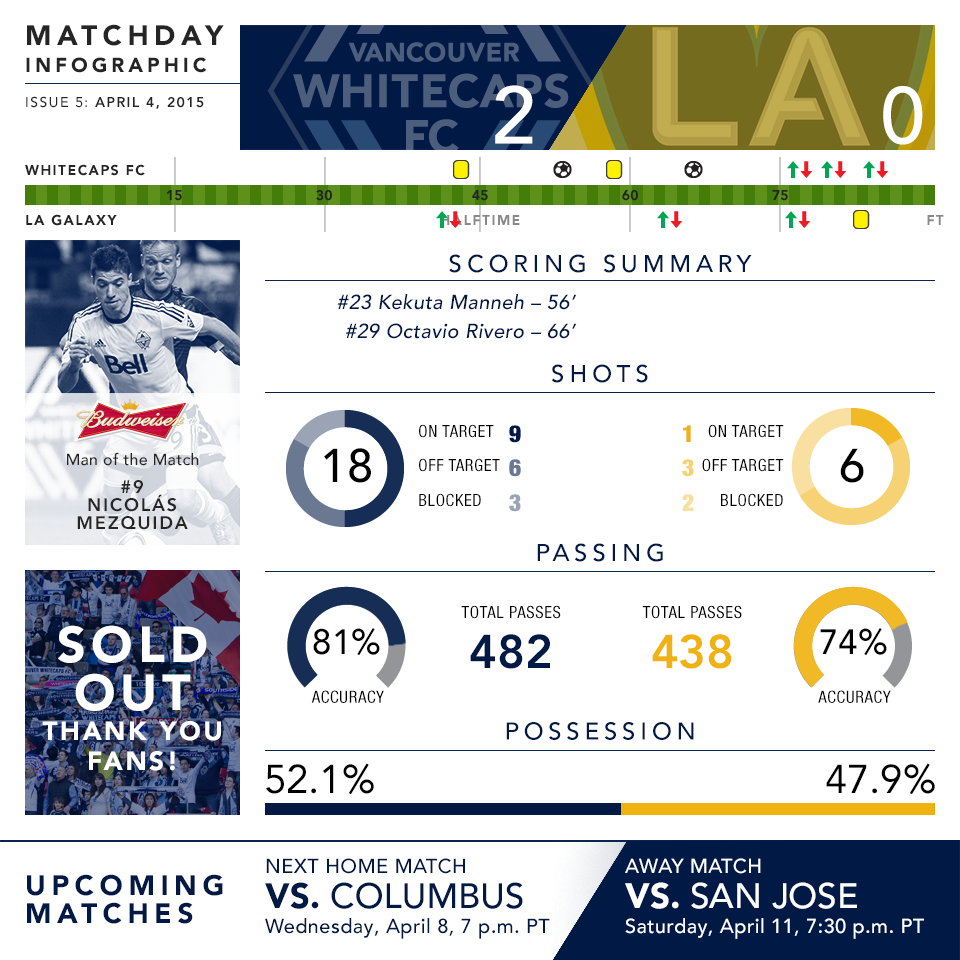 The ‘Caps are right back at it on Wednesday night, when they host Columbus Crew in their final home match until April 25. Kickoff is set for 7 p.m. – tickets are still available at whitecapsfc.com/tickets. 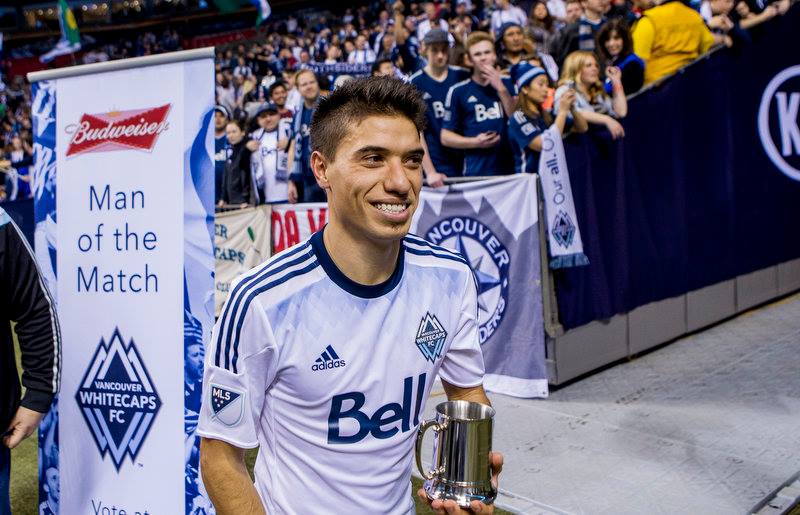