The drought is finally over.

After 13 years of heartbreak, Vancouver Whitecaps FC won their first-ever Voyageurs Cup on Wednesday night at BC Place. The ‘Caps lifted the trophy in front of a crowd of 19,616 after defeating 10-men Montreal Impact 2-0 in the second leg of the Amway Canadian Championship Final, which sealed a 4-2 win on aggregate. 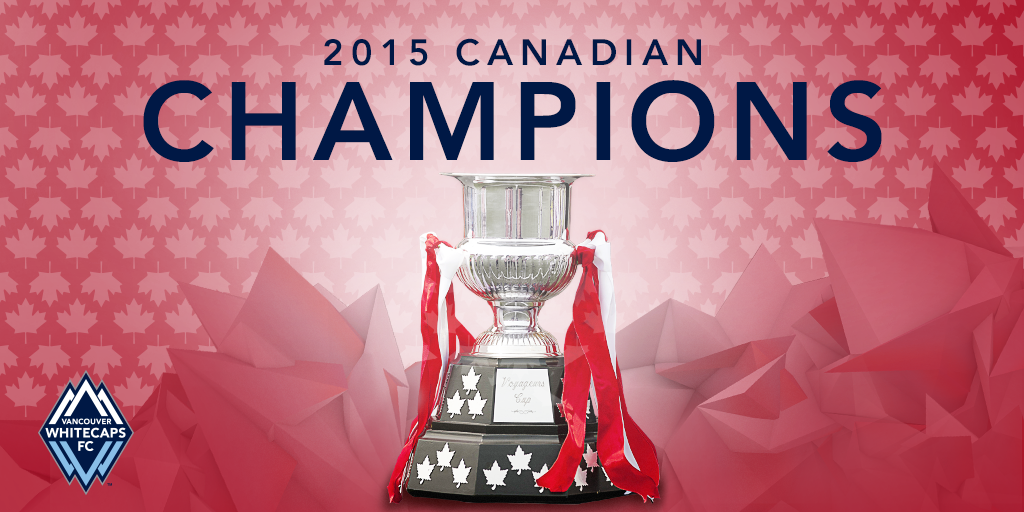 Octavio Rivero and Tim Parker provided the scoring for Vancouver while Canadian Russell Teibert was presented the George Gross Memorial Trophy as the tournament MVP, etching their names into the club’s history books in the process.

After the match, many of the ‘Caps remained on the pitch for over half an hour celebrating with supporters and signing autographs. Pa-Modou Kah was a big hit, parading around the Cup while riding a hoverboard of sorts.

He didn’t play a minute tonight, but @PMKAH knows how to celebrate! @WhitecapsFC @Southsiders pic.twitter.com/OiWwM86B7G

Safe to say this is a night that won’t soon be forgotten.

In the build-up to Wednesday’s match, Carl Robinson made it abundantly clear that he – and the club – wanted this trophy badly. That was reflected in his starting lineup. Robinson made just one change from the team that defeated FC Dallas over the weekend, inserting Teibert in place of Matias Laba.

The ‘Caps nearly got off to a dream start, too.

In the second minute, Cristian Techera slipped in a nice little throughball to Kekuta Manneh, who blasted it first time from close range. But Impact goalkeeper Eric Kornberg came up with the save.

That was the only real chance from either side in the opening half hour.

It wasn’t for a lack of action, however.

Montreal picked up five bookings by the 31st minute, including a pair of yellows from Victor Cabrera. The Impact centre back was ejected after taking down Rivero on a pair of occasions – once in midfield and once on the edge of the area.

Pedro Morales came close to scoring on the ensuing free kick, but his right-footed effort deflected off the wall and just over the goal.

Fortunately for the home faithful, the ‘Caps took the lead shortly later.

Techera was involved again. This time, he got in behind after pouncing on an errant Nigel Reo-Coker back pass. Kronberg stopped Techera’s first attempt and got a piece of the rebound, only to see Rivero pound it in from the goalline to put Whitecaps FC ahead in the 39th minute.

It wasn’t Rivero’s prettiest goal, but it was a just reward for another workmanlike performance.

The ‘Caps didn’t stop there.

Robinson’s troops came out flying in the second half. Manneh had an early opportunity before Parker headed in a Morales corner to double Vancouver’s advantage in the 53rd minute.

There would be no heartbreak on this night.

The Amway Canadian Championship is a five-team tournament that crowns the top team in Canada. In addition to qualifying for the CONCACAF Champions League, the winner also takes home the supporters-created Voyageurs Cup (which was actually first awarded in 2002). It’s a piece of silverware the ‘Caps have been craving.

Now, they can finally add it to their collection. They’ll also be competing in the CONCACAF Champions League for the second year in a row.

Prior to Wednesday’s match, the ‘Caps spoke at length about wanting to make history.