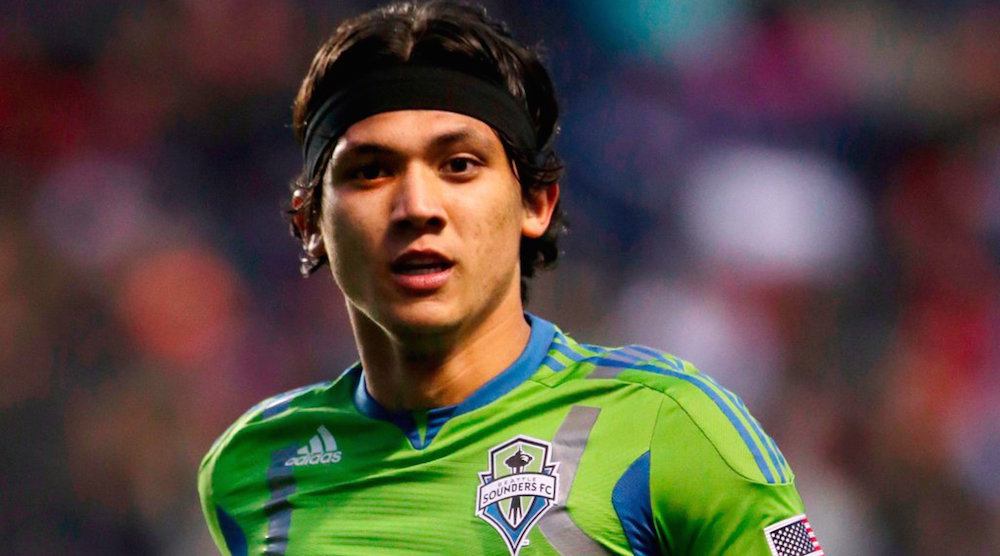 After months of growing frustration and concern with the ‘Caps apparent lack of will or ability to fill the two designated player spots vacated by the departures of Pedro Morales and Octavio Rivero, the rumour mill has been in overdrive of late.

Reports surfaced on Saturday that the Whitecaps were targeting a designated player at midfield, with people connecting the dots to Canadian international Atiba Hutchinson.

With the rumour mill apparently not taking a day off for Family Day, Colombian website El Heraldo is reporting that striker Fredy Montero is set to return to Major League Soccer with the Whitecaps.

Montero is no stranger to Whitecaps fans. The 29-year-old native of Campo de la Cruz, Colombia spent five seasons with the Seattle Sounders scoring 47 goals in 109 appearances for the Rave Green. Since leaving Seattle in 2014, Montero has played for several clubs, including his current team Tianjin Teda in the Chinese Super League.

Signing Montero could prove to be a controversial move for ‘Caps fans. During his time with the Sounders, Montero regularly punished the Whitecaps, and fans have long memories.

I hope this @_fredymontero to #VWFC thing is a rumour.. #notwelcomehere

The Sounders are the Whitecaps’ biggest rival and the signing of any player that has played in Seattle is bound to upset some of the fans, however, Carl Robinson already walked this tricky path when he brought former Sounder Mauro Rosales to Vancouver in 2015.

I remember liking @_fredymontero before #VWFC joined MLS…then ruthlessly cheering against him after. Interesting mixture of feelings.

Is Montero the goal-scoring striker fans have been clamouring for? That depends on what your expectations were.

But given that he is a proven MLS commodity, it’s fair to say he’s a clear upgrade on what the club had last season.