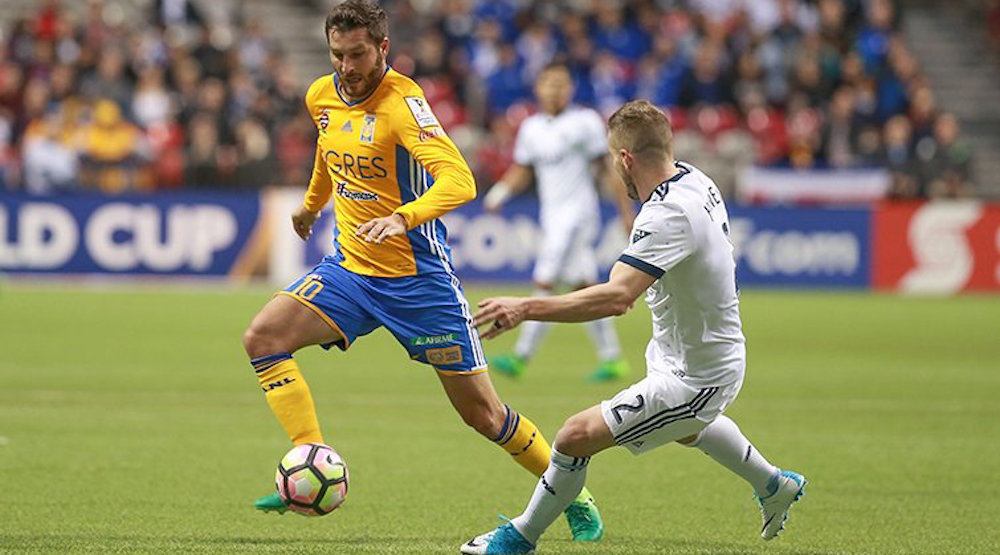 The Whitecaps’ impressive run in the CONCACAF Champions League is over after losing 2-1 (4-1 aggregate) to Mexican club Tigres UANL on Wednesday.

While losing is never fun, the Whitecaps can take some consolation in the fact that they were able to run with one the best teams ever assembled in Liga MX over the course of the two-legged semi-final.

“I’m proud to be the manager of this football club, of this group of players,” Whitecaps manager Carl Robinson said after the match.

The Whitecaps came out of the locker room flying, and took the early lead through Brek Shea’s goal in just the third minute of the match.

It was the perfect start for Shea and the Whitecaps, but fate dealt a cruel hand when the Vancouver attacker was forced to leave the match through injury only a few minutes later.

Tigres enjoyed the bulk of the possession in the first half, but ultimately they were limited to a couple of half chances that did not present too great a challenge to David Ousted in the Vancouver goal.

Christian Bolaños came very close pulling the Caps level on aggregate at the start of the second half, but was denied by Tigres goalkeeper Nahuel Guzmán at point blank range.

It was a brave effort by the Whitecaps, but their dreams of making it to the CONCACAF Champions League final were ended in the 64th minute when André-Pierre Gignac scored a world class goal to seal the deal for Tigres.

“Sometimes you’ve got to hold your hands up and say what a fantastic goal that was,” Robinson said.

Gignac’s goal gave Tigres the all-important away goal, meaning that Vancouver would need to score four. That was a death blow. Tigres scored again in the 84th minute, but for all intents and purposes, the game was already over.

Their run in the CCL may now be over, but the Whitecaps can hold their heads high for their efforts in a cup run that was two years in the making.

“There’s nothing to be ashamed of in that locker room there,” said Robinson. “We’ve gone toe-to-toe with them and just came up a little bit short.”

Tigres now advance to the final and will play LigaMX rivals CF Pachuca for the trophy.