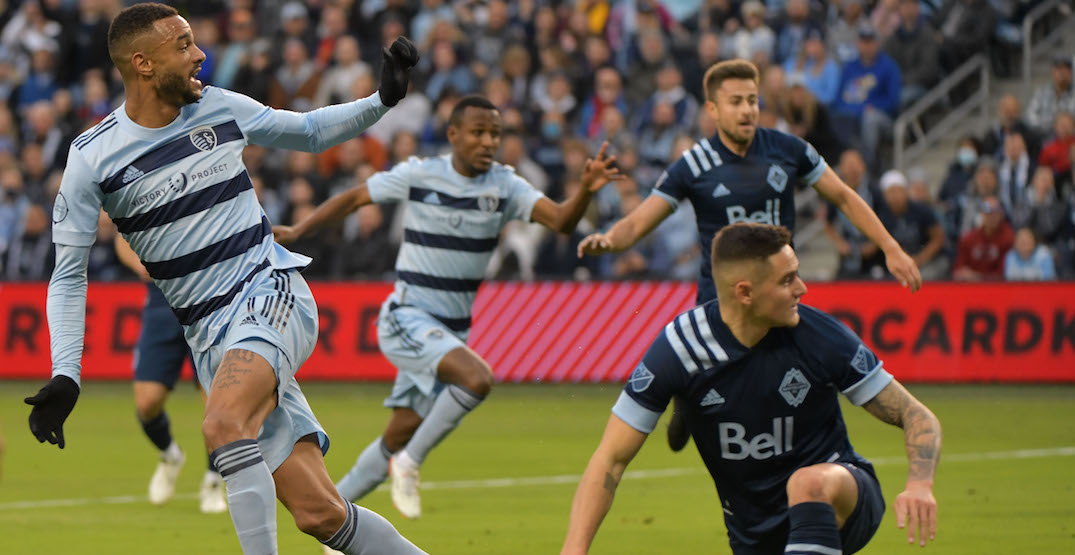 A truly remarkable, one of a kind season for the Vancouver Whitecaps has come to an end.

The Whitecaps were eliminated in the first round of the MLS playoffs this afternoon, losing 3-1 on the road against Sporting Kansas City. It was Vancouver’s first playoff game in four years.

Khiry Shelton scored the opening goal for Kansas City in the 17th minute, after he went unmarked by a pair of Whitecaps defenders. Cristian Dajome levelled the match for the Whitecaps in the 39th minute on a penalty, after VAR discovered a handball by Kansas City defender Luis Martins.

But in the final seconds of the first half, Kansas City took the lead back, as Nicolas Isimat-Mirin scored following a wild scramble in front of Max Crepeau, after a corner.

Graham Zusi gave Kansas City a two-goal lead in the 58th minute, on a powerful shot from distance that beat Crepeau.

Vancouver had chances to cut the lead in half, notably on a pair of headers from Andy Rose and Brian White. Lucas Cavallini appeared to score a second Whitecaps goal in the 86th minute, but Bruno Gaspar was narrowly offside, so the goal was disallowed.

While the Whitecaps hoped for a longer playoff run, this season has to be considered a success. Vancouver looked like they had no hope of making the postseason midway through the year, when they were still playing home games at an empty stadium in Sandy, Utah.

A midseason coaching change, coupled with some key player acquisitions, and a return to BC Place changed Vancouver’s fortunes though, as they finished the regular season with just two losses in 22 matches.

“I’m proud of how the team tried to play until the end. [Sporting Kansas City is] a good team, so it’s ok,” said Whitecaps head coach Vanni Sartini in an post-match interview with TSN’s Blake Price.

“I’m just disappointed that we lost… We had a fantastic ride, so we all have to be proud of what we’ve done.”