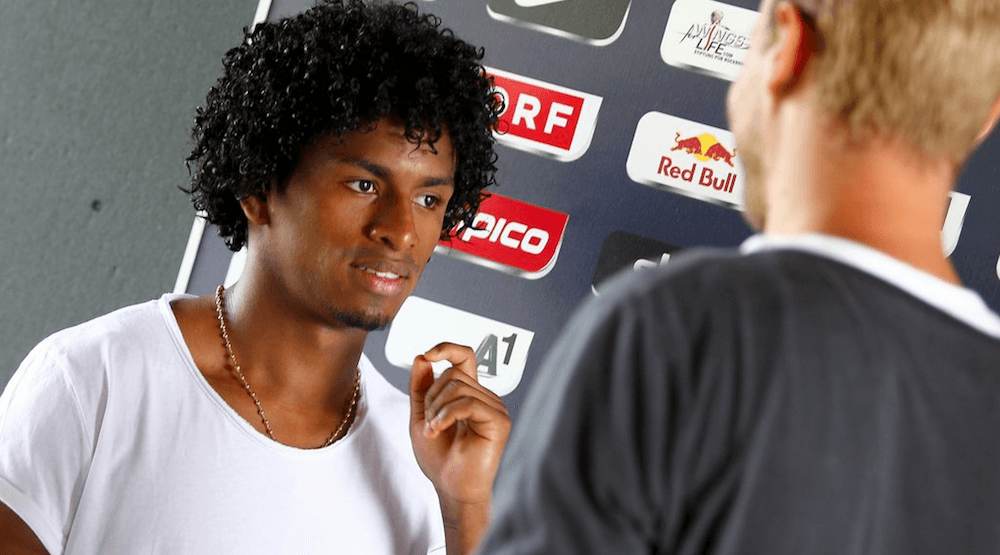 Much to the chagrin of its followers, this morning the Vancouver Whitecaps announced the signing of Yordy Reyna, a 23-year-old Peruvian international from Austrian Bundesliga Champions, FC Red Bull Salzburg.

Reyna is listed as a midfielder/attacker but he is a natural winger and has played in that area of the park for most of his career. A few highlights of his career include:

“Reyna is an exciting, hard-working, young talent, and we are thrilled to add him to our club. He’s very direct with the ball, he can make the final pass, and he can score goals. He has all the attributes we want,” Whitecaps FC manager Carl Robinson said about his new player in a press release.

The man nicknamed “Magic” will join the team in Wales this week as the club kicks off their preseason schedule with friendlies against English Football League clubs, including Championship sides Bristol City FC and Cardiff City FC, as well as League One outfit Oxford United FC.

Throughout the winter, Whitecaps followers have been more than vocal in expressing their displeasure with the team’s apparent lack of progress in regards to bringing in new players to bolster the squad looking towards the upcoming 2017 season.

So, while in theory, the news of Reyna’s addition should have been received with general fanfare, the team had another thing coming as the reaction from the Whitecaps following was lukewarm at best.

You hear arguments like “he’s another project signing,” or “he’s not a Designated Player” or “we don’t need any more wingers,” or “this means Bolaños will play out of position,” or even “his hair is weird.”

Cries have gone from “WE NEED A SIGNING. SIGN ANYONE!” to “No, not that guy!”

There are places where signing of a young South American player who is already a full international would be great news. Vancouver doesn’t seem to be one of those places. Scrutiny over the merits of Reyna’s signing, even from those who have never seen a highlight reel from the Peruvian, have already begun.

It seems that players coming to this team are already at a disadvantage with the people who are supposed to be behind them having to prove themselves to them as opposed to being welcomed into a supportive environment that will allow them to succeed in the first place.

It is true that the Whitecaps need reinforcements. There are holes in this squad that need to be filled, particularly at the striker and creative midfielder positions, that is undeniable. But assuming that the team is not working towards improving the roster in those areas is plain ludicrous.

More concerning, discarding new additions to the team because they are not believed to be the players that this club needs is outright dangerous as it opens the door to creating a poisonous support culture around this team.

I am sure that other new signings will arrive in the coming weeks. Until then, let’s hold our judgement and assessments until we see the 2017 Vancouver Whitecaps performances on the pitch.