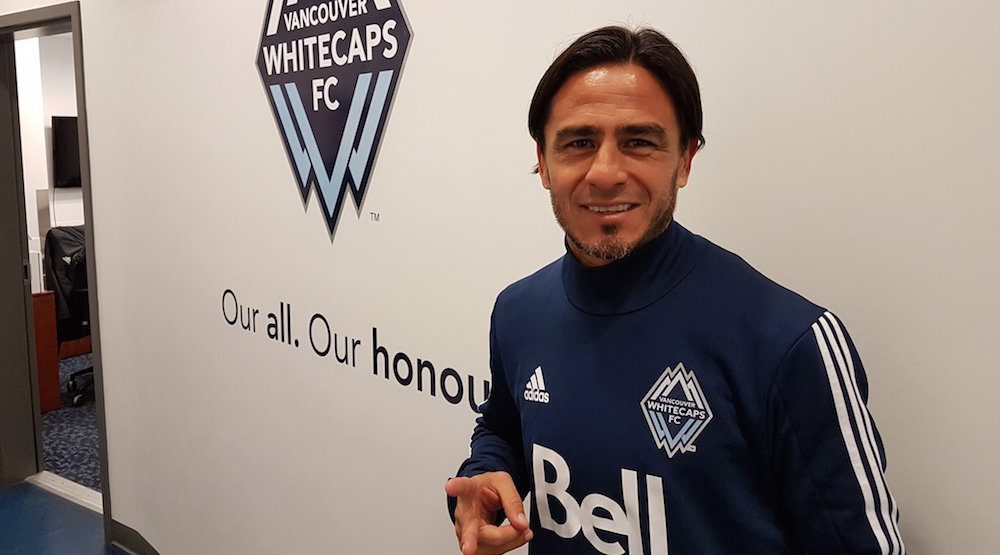 Vancouver Whitecaps FC continue to make moves in what has been an extremely busy 2017.

The ‘Caps acquired winger Yordy Reyna on January 23, and made bigger headlines by signing striker Fredy Montero 12 days ago.

Then on Monday, the Blue and White had a surprise guest show up at training.

Rosales arrived in Vancouver this morning. Heading out onto the field to do some light work now. #VWFC #WhitecapsFC

The Whitecaps, in an unusual move, have announced they are close to signing Mauro Rosales, showing him pictured in official team gear on their official Twitter account.

One can only suspect that the final touches on a contract are a formality, and that Rosales will put pen to paper soon.

The Argentinian midfielder is a familiar face to Whitecaps fans, given he played two seasons in Vancouver before being dealt to FC Dallas for Blas Perez last year.

Rosales, now 36, is a player that head coach Carl Robinson trusts and will provide depth for the club. After starting 29 of 35 appearances with Vancouver, Rosales made just four starts in 23 matches with Dallas last season, scoring two goals.

Rosales was made available by virtue of Dallas declining the option on his contract following last season.

The Whitecaps play next on Thursday in the second leg of the CONCACAF Champions League quarterfinal against New York Red Bulls. They open the MLS season at home to Philadelphia Union on Sunday.

*Update: the Whitecaps have made it official, signing Rosales to a one-year contract, with a club option in 2018.

“Mauro is a senior player who brings tremendous leadership and commitment to our locker room, someone who can connect with players while still playing with them,” Robinson said. “We missed him last year both for what he brought on and off the field. We have some talented young attacking players, and along with our coaching staff, Mauro is one of the best ones to teach them. He brings professionalism, the right attitude, and demands the best from teammates. He is a welcome addition back to our club.”