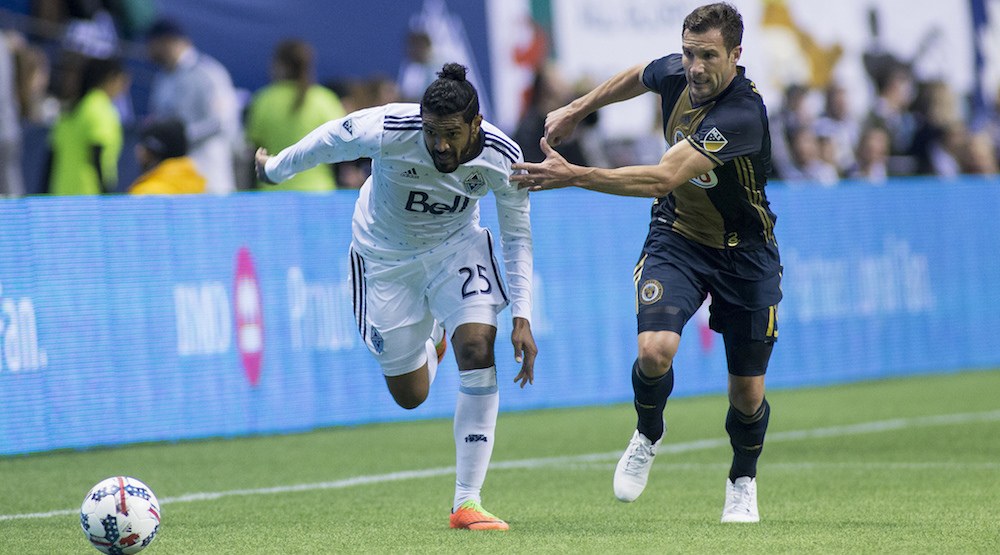 Whitecaps defender Sheanon Williams is in trouble with the law, after an alleged domestic incident. He was arrested on Thursday and charged with assault.

He’s been suspended by MLS, pending investigations by the league and the Vancouver Police Department. MLS says it will remain in close communication with the Whitecaps, the VPD, and MLS Players Union during the investigation.

Williams will undergo an assessment by the MLS’ Substance Abuse and Behavioral Health Program doctors as per program policy.

The Vancouver Whitecaps released this statement on Friday:

Yesterday, Sheanon Williams was charged with assault related to an alleged domestic dispute.

We are working closely with MLS and local authorities and fully support the league’s swift action to suspend the player while further investigation takes place.

Vancouver Whitecaps FC is a values based organization and we expect all members of the club to act in a manner that reflects our values both on and off the field.

As the matter remains under investigation, we are unable to provide further comment at this time.

The 27-year-old left back is in his eighth MLS season, and his first with the Whitecaps.

It’s been a troubling week for the Whitecaps organization, who also had two Residency players charged with sexual assault on Thursday after a “serious incident” at their Burnaby training facility last week.