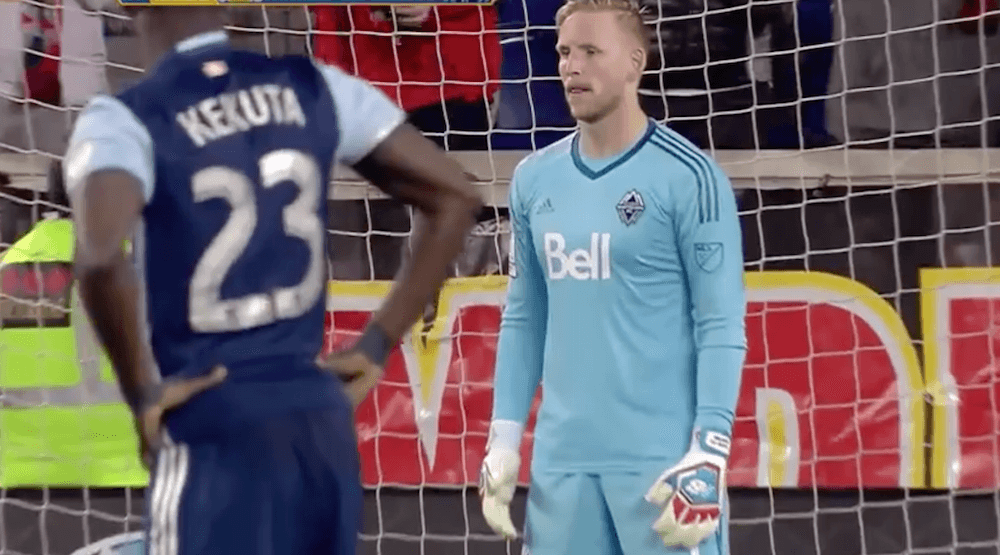 The Vancouver Whitecaps officially opened their 2017 season in Harrison, New Jersey as they visited the New York Red Bulls in the quarterfinals of CONCACAF Champions League on Wednesday.

The Whitecaps were able to salvage a 1-1 draw and scored an all-important away goal that may mark the difference on March 2nd when the second leg gets underway at BC Place.

Here are four main takeaways from the Whitecaps’ first official match of 2017.

Vancouver Whitecaps starting XI does not include newly acquired Fredy Montero. He is not available for tonight's game.

A couple of weeks ago, Carl Robinson made a commitment to field his best players in this two-legged affair as the club is determined to take this competition seriously and wish to progress deep into the tournament.

With players like newly signed Designated Player Fredy Montero still working to achieve match fitness and key attacking players such as Yordy Reyna, Christian Bolaños, and Nicolas Mezquida nursing injuries, the Welsh tactician was forced to present a starting XI comprised of players such as Russell Teibert, Cristian Techera, and Erik Hurtado, who may not see a lot of minutes in 2017.

One of the biggest surprises to the team that Robbo fielded in New Jersey was the professional debut of the 2017 Whitecaps first round draft pick, Jake Nerwinski, at right back ahead of MLS veteran Sheanon Williams.

The inclusion of the youngster was particularly eyebrow raising after he was heavily exploited by Darlington Nagbe in the Caps’ last preseason game against Portland last week. Nerwinski’s dream debut started to turn into a nightmare when, at the 47th minute, he was called for a foul inside his own box, gifting the Red Bulls with a golden opportunity to score from the spot.

Much to Nerwinski’s delight, his goalkeeper bailed him out by saving Sacha Klejstan’s weak shot down the middle.

Overall, the Lawrenceville, New Jersey native was caught out of position a few times, was beaten at others, and had an overall lacklustre performance. As a result, he was substituted at the 75th minute, giving way for the aforementioned Williams.

It will be interesting to see if Robinson settles for Williams in the long term or if the right back position will continue to be a talking point throughout 2017 as it was in 2016.

Ok, I am from Mexico so I am used to bombastic and enthusiastic commentators calling glazes and making the most boring match more palatable. Over time, I have come to be accustomed to the more measured British and, to a lesser extent, North American style of football commentating.

However, for those of you who had to endure the CONCACAF’s Facebook live stream, you deserve a medal.

Watching Whitecaps on Facebook Live. Not sure I'm winning.

I am sure the gentleman calling the game must be a librarian during the day. Monotonous, quiet, and lethargic game calls should be banned from existence.

I'm content. Good result down to 10 men and the denied PK. I like Waston with the armband too, requires him to keep a level head. #VWFC

While the ‘Caps showed tactical discipline, the Blue and White can consider themselves extremely lucky to be returning to Vancouver with a 1-1 draw.

After all, their inability to create meaningful goalscoring chances was once again in full display in New Jersey. Yes, they scored an all-important away goal through a deflected corner kick off a Red Bulls defender but the New Yorkers missed a penalty and were unable to capitalize on their man advantage over the last 20 minutes after a wild challenge from Cristian Techera.

The table is set for a thrilling return match on March 2 at BC Place. There is everything to play for and, should the Whitecaps progress to the semifinals, they will face either Tigres or Pumas from Liga MX.

Now, that would be exciting.