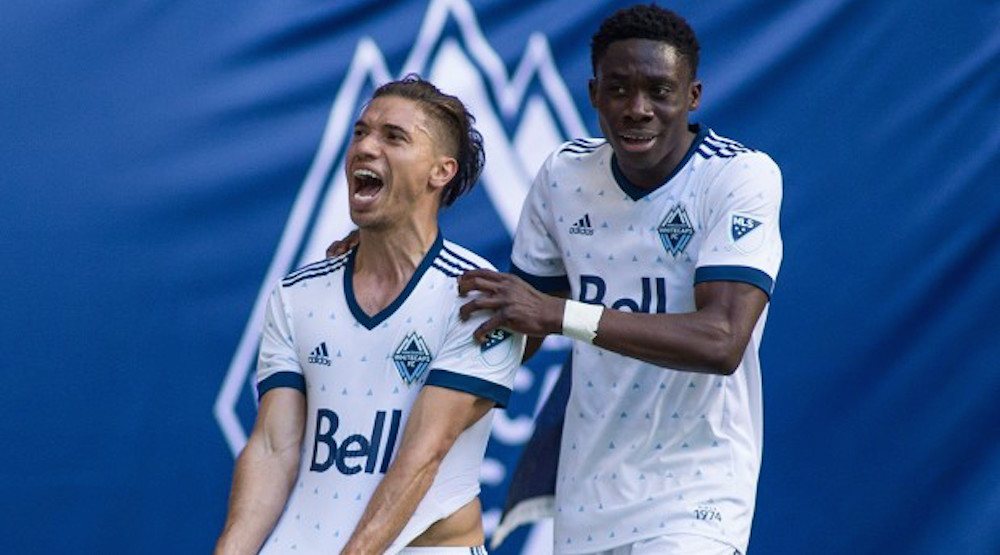 The Whitecaps keep on rolling.

Vancouver defeated the Montreal Impact 2-1 on Tuesday, taking the first leg of the Amway Canadian Championship semi-final at BC Place.

The Whitecaps may have won the game, but it wasn’t all good news, as Montreal scored an important away goal which may play a role in deciding the series when the return leg is played at Stade Saputo next Tuesday.

The Whitecaps started the match on the front foot, and were the better of the two sides in the first half.

Vancouver manager Carl Robinson named a number of young players to the 23-man roster for this match, and the kids didn’t disappoint.

Alphonso Davies, who’s been rather quiet in MLS action recently, was one of the game’s most influential players, scoring a beautiful goal to open the scoring in the 13th minute.

Davies wasn’t done there, and created the opportunity that Nicolás Mezquida smashed home to make it 2-0 just after the half hour mark.

Whether it is in MLS league action, the CONCACAF Champions League, or the Canadian Championship, the Whitecaps are scoring the goals they need to win matches, and that’s a very good thing.

Where do you want your statue, @spencerichey18 ?!?! HUGE. #VWFC #CanChamp

With the Impact pressing in the second half, goalkeeper Spencer Richey came up with a huge stop to deny Montreal’s Patrice Bernier on a penalty. The stop denied the Impact an important second away goal that would have tied the match at 2-2, swinging the series in Montreal’s favour.

The goal Montreal scored at BC Place may prove to be important in the event of a tiebreaker, but Richey’s PK stop may also be a deciding factor in who moves on to play in the Cup final.

The kids are alright

It’s a fact of life that few MLS players start in the early rounds of the Canadian Championship.

Since Carl Robinson took charge of the Whitecaps, he’s used the Canadian Championship as an opportunity for his younger players to step up and propel the team through to the final.

Are you sure we can call this Vancouver's B line-up? Playing better attacking wise than the first team! #VWFC

Robinson selected a number of young players including Sem de Wit, Ben McKendry, and Gloire Amanda which gave Vancouver a very Whitecaps FC2 vibe, but even better for Robbo was that the team withheld the second half pressure from Montreal to win the game.

A tale of two halves, as they say. Whitecaps need to get the lead out here. 😐

Another piece of good news is that forward Brek Shea, who hurt his knee in CONCACAF Champions League in April, played his first full match since returning from injury two weeks ago.

I hope Brek Shea scores in the Canadian championship so he finally achieves the world domination he was always destined for.

Shea has proven to be an important player for the Whitecaps being able to score goals and create chances for his teammates. Having a fully healthy Shea available will add an added threat to the Whitecaps’ attack.