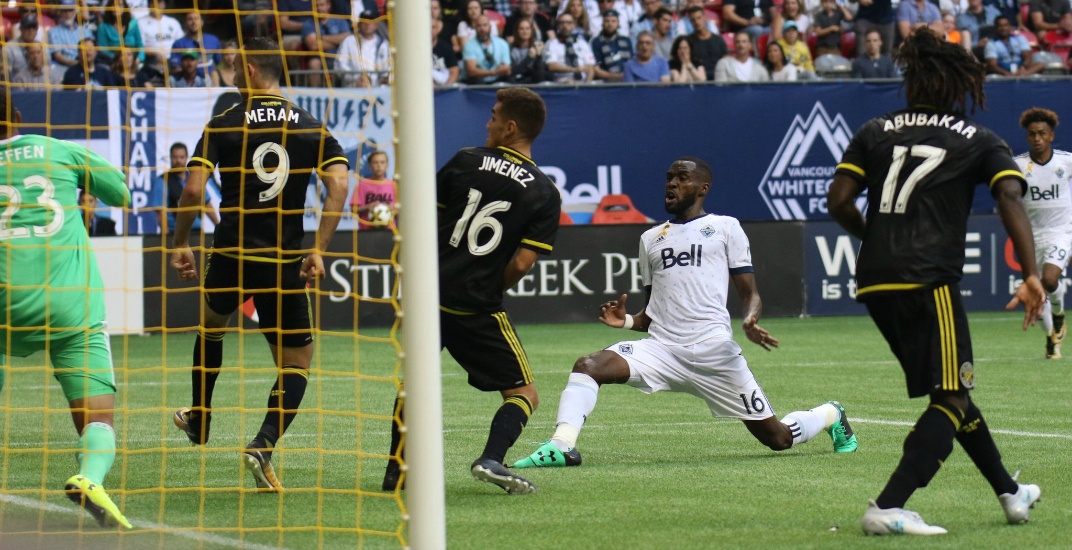 It could not have been scripted any other way.

As the match was coming to an end and the Whitecaps were trying to salvage a point at BC Place on Saturday, it was Toni Tchani who poked the ball past Columbus Crew goalkeeper Zack Steffen. It earned his new team a valuable point against the team that traded him.

It was the last kick of the match as referee Silviu Petrescu immediately blew the game dead sealing the ‘Caps 2-2 draw with the Crew.

Tchani was already a big storyline leading up to the game as it was his first time facing his former team since he was traded from Columbus to Vancouver back in March. In exchange, the Blue and White shipped winger Kekuta Manneh to Ohio in the deal.

Did I mention that it was Manneh who gave Columbus the 2-1 lead earlier in the game? Two players dealt in the same deal playing their former teams for the first time and each scoring a goal for their new teams? You can’t make this stuff up.

This could be one of those draws that could be viewed as a win, especially with the Whitecaps down by a goal late in stoppage and still managing to net an equalizer.

However, it could also be argued that Carl Robinson and his troops should be disappointed. They were ever so close to grabing full points several times throughout the match as Peruvian attacker Yordy Reyna stroke Columbus’ post not once

While the ‘Caps may have been unlucky on the pitch, the other results around the league were certainly going Vancouver’s way. Second place Portland Timbers lost in Salt Lake and third place Seattle Sounders drew 0-0 with FC Dallas.

This combination of results allowed the Whitecaps to remain in first place in the Western Conference for at least one more week. That said, things are extremely tight at the top of the West as the difference between first and fourth place is a mere point. 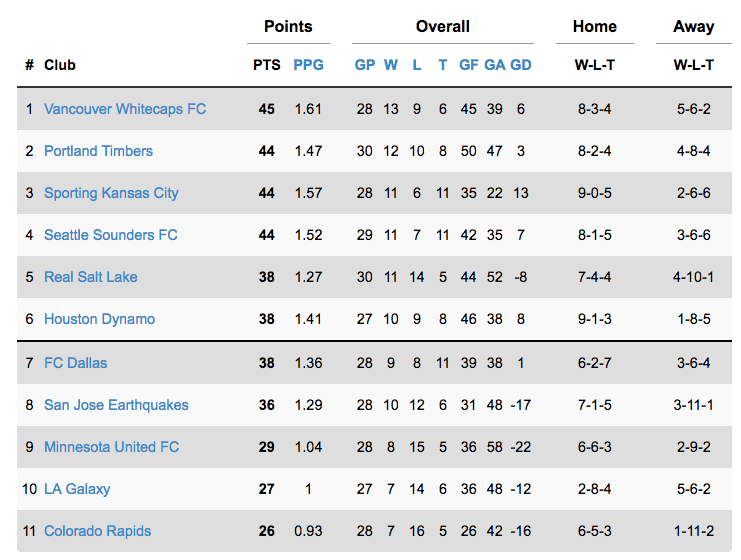 Montero continues to be on fire

The Whitecaps opened the scoring early via Designated player Fredy Montero at the 15th minute of play. The Colombian striker is on fire, netting his 12th goal of the season.

With this goal, Montero is on pace to score 14 goals this season which would be his best scoring record in his MLS career (his current record is 13). The 3-time MLS All-Star continues to make a solid argument for why he should be brought back to Vancouver for 2018 after his loan deal expires in December.

The Whitecaps will enjoy another week at the top of the Western standings; however, with six games to go before the end of the season, and with a gruelling schedule that will take Carl Robinson’s troops to visit top-dwellers Seattle Sounders, Portland Timbers, and Sporting Kansas City, the next six weeks will be a true test for Vancouver’s aspirations to become MLS Cup contenders.

For now, the Whitecaps will close their four game homestand next Saturday as they play host to the lowly Colorado Rapids.