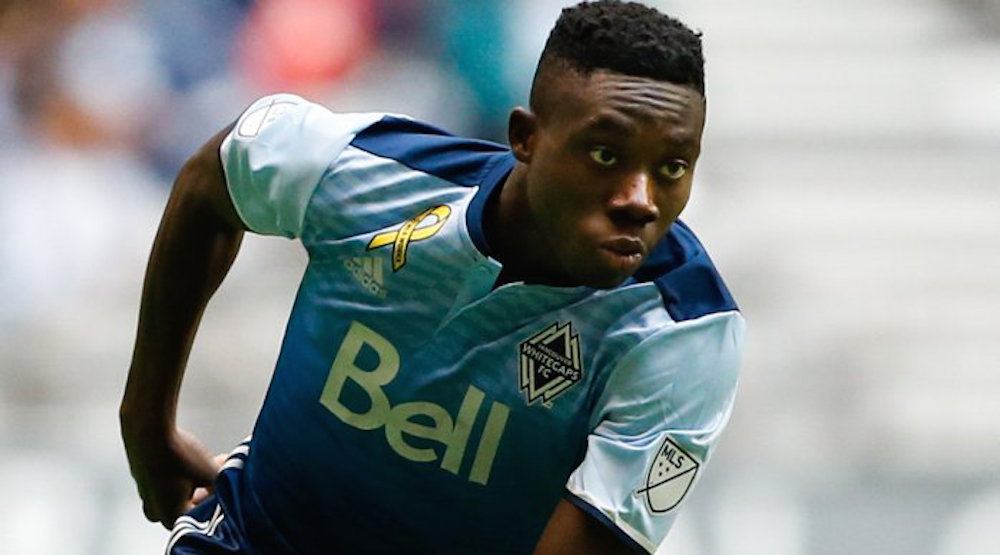 Those were the words Vancouver Whitecaps FC head coach Carl Robinson used to describe Alphonso Davies when asked if he had any doubts about the 16-year-old playing in the intimidating atmosphere of ‘El Volcán,’ the home of Mexican powerhouse UANL Tigres on Tuesday night.

Though the Whitecaps lost 2-0 (not a bad result considering the opponent), Davies more than held his own.

A now all of Mexico is aware of Alphonso Davies. No fear at another level. #VWFC

Last year was hugely disappointing for Whitecaps FC. It may not have been as bad as their inaugural MLS season in 2011, but it was close.

Coming off an impressive campaign in 2015, the ‘Caps struggled all year long and missed the playoffs for the first time in three years.

It was a season of frustration and heartbreak for fans, who bravely and patiently endured injuries, suspensions, and lengthy scoring droughts.

Did I mention the last-second loss to Toronto FC in the Voyageurs Cup Final?

One of the brightest spots though, was the meteoric rise of the then 15-year-old Davies.

Davies joined the Whitecaps in August 2015, and in less than two years has risen rapidly through the system, graduating from their youth academy and Whitecaps FC2 before finally singing a Homegrown Player contract with the MLS team early last summer.

The young midfielder impressed during his brief stint with Whitecaps FC2, becoming the youngest player on record to score in the United Soccer League in the process.

21' #WFC2 GOOALLL!!! Alphonso Davies joins the party and gets his first ever professional goal in front of the home crowd! 3-0 #VANvLA

“He’s a young kid, he’s got natural ability, we know that,” Robinson told the club’s official website last June. “He’s one of a number of younger kids we’ve got that we think have got incredible potential. But it’s potential, there’s so many players that have potential that don’t fulfill it.”

Potential – lots of players have it and some of them never truly fulfill what they’ve been given.

When discussing the Liberian-born, Canadian-raised Davies, many are quick to reference the disappointing case of Freddy Adu, who was drafted as a 14-year-old by D.C. United in 2004.

Once dubbed ‘America’s Pelé’, Adu’s career quickly flamed out after he left United in 2007. The now 27-year-old former prodigy is currently playing for the NASL’s Tampa Bay Rowdies after bouncing around Europe and the US for the better part of a decade.

Alphonso Davies is everything Freddy Adu was supposed to be #SCCL

The Whitecaps have known for some time that they have something special on their hands. Young prodigies like Davies are far and few between, but if the Whitecaps play their cards right, then the sky is the limit for the youngster.

Enjoy him while you can ‘Caps fans, because he may not be long for MLS.

After an impressive performance in a friendly match against England’s Crystal Palace last summer, Davies’ name was soon being linked with some of the biggest clubs in the world.

The combination of skill, hustle, and an above average soccer IQ has made Davies one of Robinson’s top players this season.

The teenager was instrumental in the CONCACAF Champions League 2-0 semifinal victory over the New York Red Bulls, scoring a goal, and acquitted himself well in on Tuesday.

All of this lends itself nicely to a recent article in Metro US that Chelsea have now joined Manchester United and Liverpool in the hunt to sign Davies.

The bad news for Whitecaps fans is that if Davies continues down this path, then it is likely that a big club from outside Major League Soccer will swoop in for him sooner rather than later.

The silver lining to this cloud is that if Davies is signed by another club then transfer rules dictate that he has stay with the Vancouver Whitecaps until he turns 18 in November next year.

Until then, enjoy witnessing something special every time he steps on the pitch.