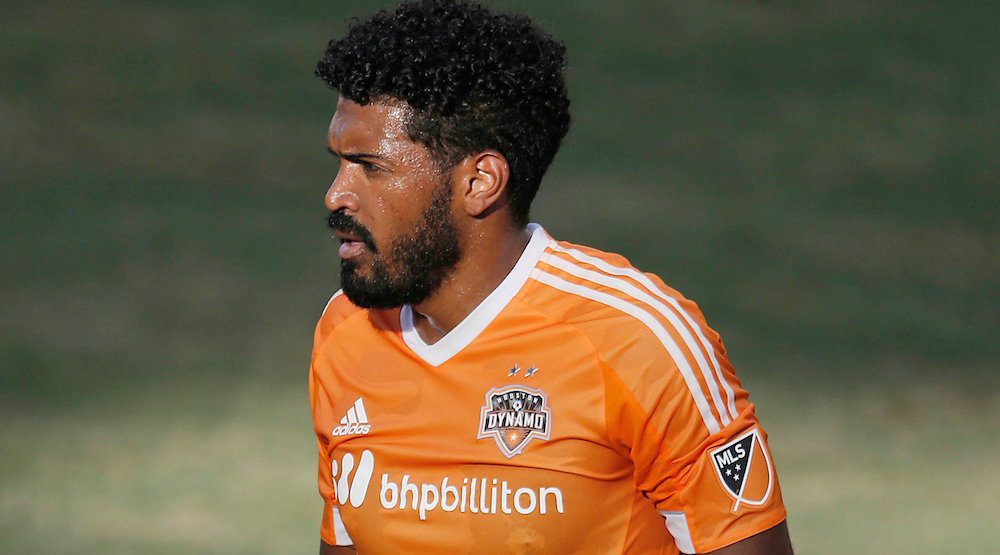 Vancouver Whitecaps FC have picked up a new right back, acquiring defender Sheanon Williams from Houston Dynamo in exchange for general allocation money.

Williams is a 26-year-old American right back with loads of MLS experience. He’s appeared in 192 games over seven years, starting 184 of them, with Philadelphia and Houston.

“Sheanon is an athletic, solid defender with an attacking mind,” said Whitecaps FC head coach Carl Robinson. “Since joining the league back in 2010, Sheanon has been a regular starter and has a great reputation throughout the league as someone with outstanding character. We are excited to welcome him to our locker room.”

“I’m excited for the new opportunity,” added Williams. “I can’t wait to join up with the club and get things moving. We have a couple of months, and I’ll be ready to get a good start to my time in Vancouver in the new year.”

Williams is the latest attempt by the Whitecaps to solidify the right back position, after failed attempts with Jordan Smith and Fraser Aird last season. Unlike Smith and Aird, Williams is an MLS-proven defender.

And that's a wrap. No #VWFC players were selected in the @MLS Expansion Draft.

The Whitecaps also dodged a bullet on Tuesday, not losing anyone to Minnesota or Atlanta in Tuesday’s expansion draft.