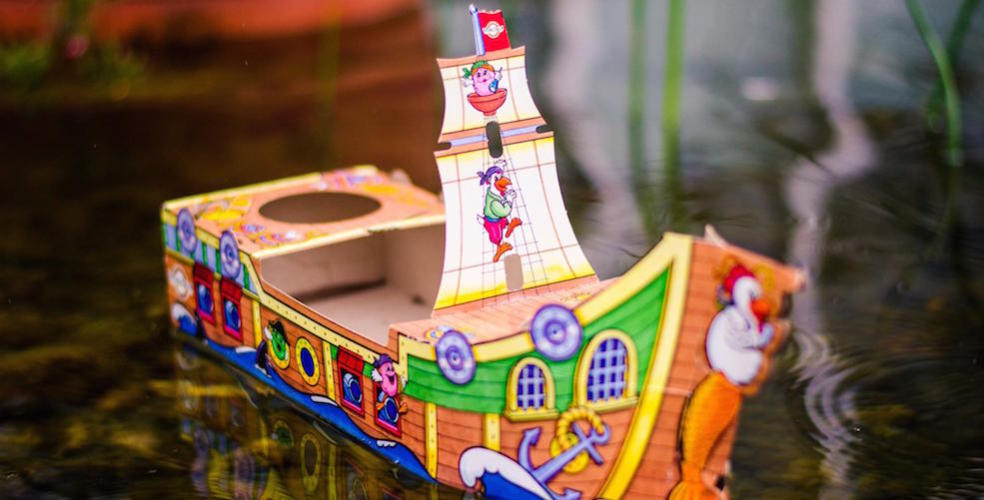 Once again, Vancouver-based White Spot will be letting grown ups be kids for a day with their popular Pirate Pak Day on Wednesday, August 10, 2016.

It’s the one day a year adults can order the restaurant’s iconic Pirate Pak, a meal served in a cardboard boat for the 10 and under set since 1968, complete with fries, drink, ice cream, and loot…err, a gold foil-wrapped chocolate coin.

Almost a million Pirate Paks were sold in 2015, including a whopping 45,463 on Pirate Pak Day alone.

$2 from each Adult Pirate Pak purchased on Pirate Pak Day go to Zajac Ranch for Children–an organization that sends kids and young adults with life-threatening illnesses and chronic disabilities to camp.

To date, White Spot has raised a total of more than $450,000 for Zajac Ranch for Children and sent more than 300 kids to camp.

The Adult Pirate Pak includes the following options, served with bottomless fries, creamy coleslaw, a soft drink, a scoop of ice cream, and a chocolate coin.:

Pirate Pak Day will be happening at 61 BC and 4 Alberta White Spot locations.