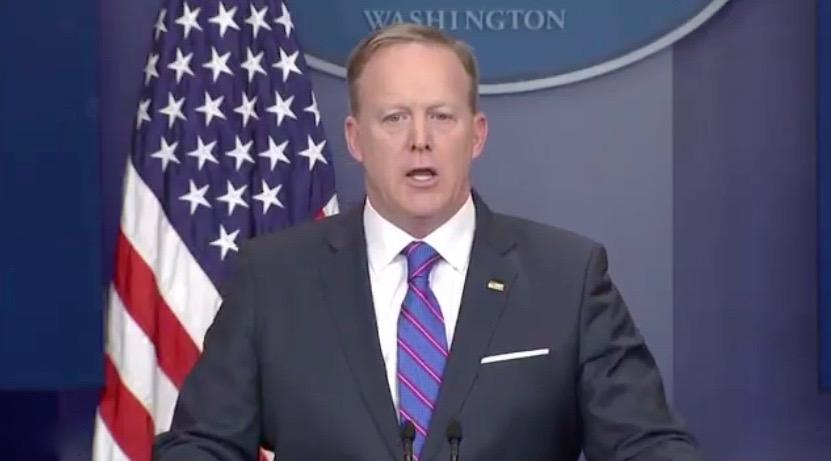 Yesterday, Prime Minister Justin Trudeau flew in and out of Washington, DC for a quick first visit with President Trump.

And while Trudeau appears to have been the first world leader to win the handshake war with Trump, that just wasn’t enough for White House press secretary Sean Spicer to be able to remember his name.

To be fair, as the below tweet points out, Spicer is already having trouble with his sentence before he stumbles head over heels into giving the Prime Minister of Canada the wrong name.

Of course, Spicer is no stranger to slip ups. But that doesn’t mean we don’t expect Trudeau to end up being the one to apologize for the mistake (it’s what we do, eh?).

Watch the clip below:

Here’s the @PressSec clip where he appears to call PM “Joe Trudeau,” although he really is just tripping all over his words here #hw pic.twitter.com/FNDhSmgE80

Don’t worry, Spicer – we get it. They’re both young, handsome, and have great hair. Unfortunately, only one of them is named Joe…