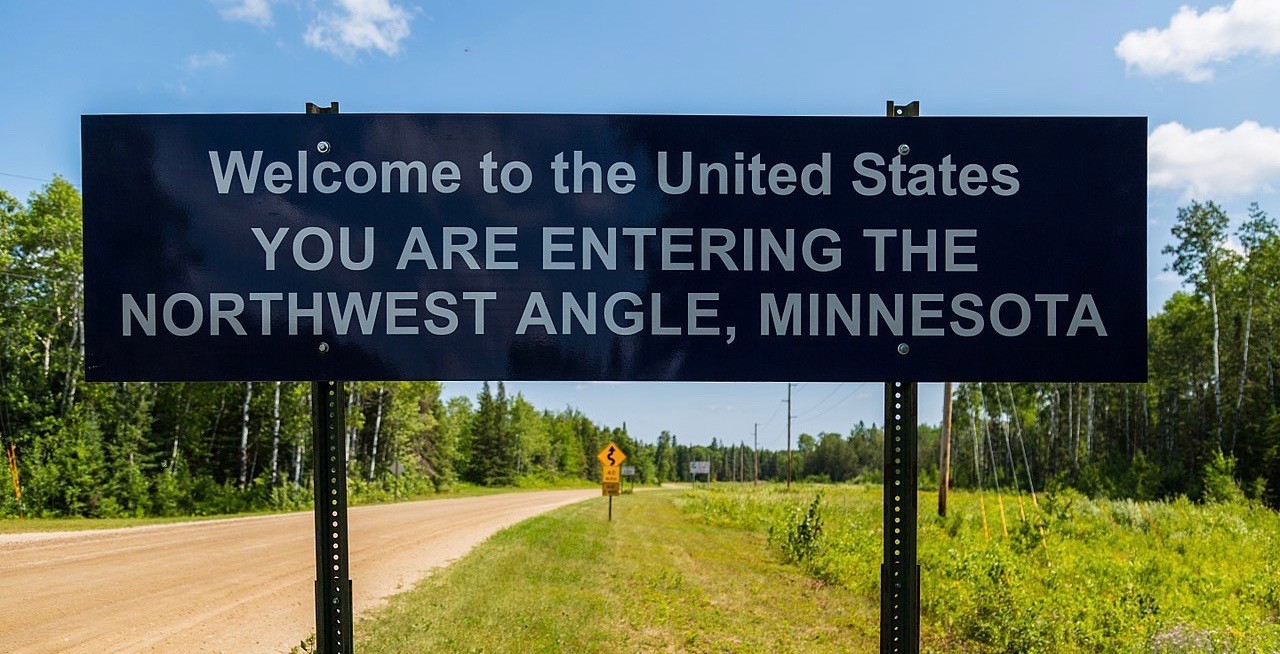 A sign marks the entrance to the Northwest Angle of Minnesota, from rural Manitoba, Canada. (Wiki)

A new Whitehouse petition is calling for the US to return a piece of Minnesota back to Canada.

The Northwest Angle — known as the Angle by locals — is an area that belongs to Lake of the Woods County, Minnesota.

The catch is that the Angle is geographically located in Canada –as it’s sandwiched between Manitoba and Ontario. 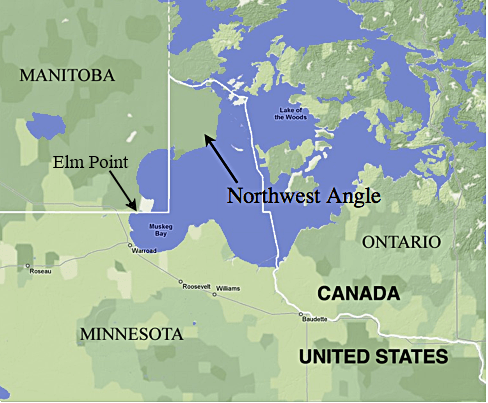 According to the petition, the mix-up occurred because “negotiators of the initial Canada-US border misunderstood the geography of the area.”

“Benjamin Franklin and British representatives relied on the Mitchell Map of colonial American geographer John Mitchell,” who made mistake while surveying the area.

The Angle is now the only place in the US besides Alaska that is north of the Canadain border (49th parallel).

“Make America great again by correcting this critical surveying error,” reads the petition, adding the 120 people residing in the Angle are actually living on Canadian soil.

Those travelling to the Northwest Angle must make a stop at a tiny unstaffed US Customs and Border Protection station.

Travellers must use the phone located in the booth to report their declarations to a customs officer on the other line.

The petition was created on the We the People section of the White House website, which launched under former US president Barack Obama.

Petitions that reach a 100,000 signature threshold within a 30-day period will then be responded to by policymakers.

The Angle petition was created on December 30, 2018, and has collected only 1,023 signatures to date.

But if enough Canadians pay attention, there’s a slight chance that the Angle could officially be returned to the True North Strong and Free.