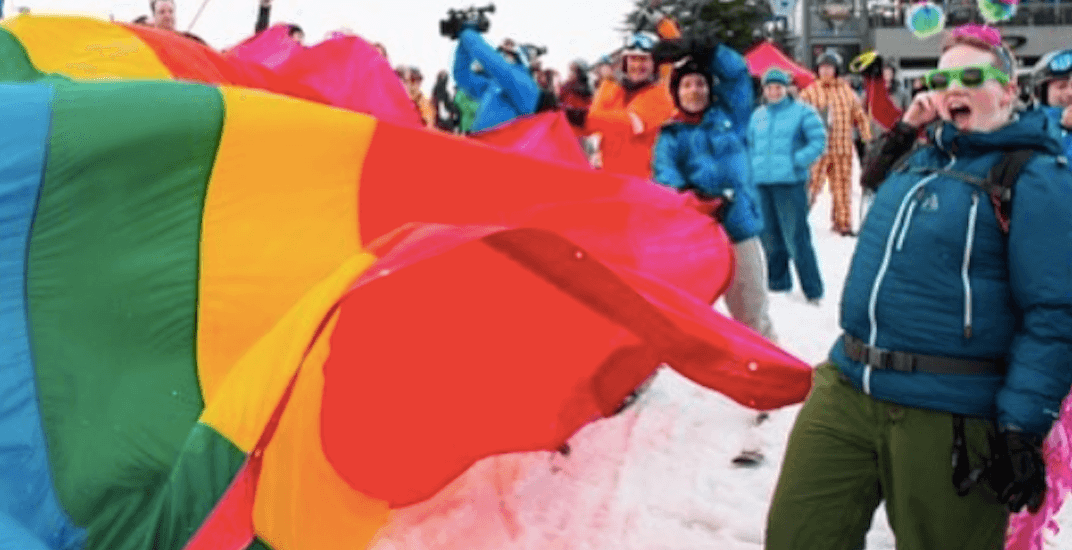 The rainbow flag will be flying high at Whistler Blackcomb later this month for the 2018 Whistler Pride and Ski Festival.

Now in its 26th year, the festival will return to the world-famous mountain town and run from January 21 to January 28.

The multi-day festival features a wide variety of events taking place around the mountain each day.

The festival will also feature a live performance from Margaret Cho, who was named one of the top 50 Stand-up comics of all time by Rolling Stone Magazine.

Special guest DJs will also take the stage during the week-long event, including DJs Rafael Calvente from Brazil, as well as DJ GSP from Greece.

On Friday, the annual Whistler Pride Parade will begin at 3:30 pm at Whistler Mountain Mid Station, as skiers and snowboarders hoist the rainbow flag and carry it down the mountain in a giant group slalom, all the way to the Village.

There, the Parade will continue through the streets to end at Whistler Olympic Plaza.

The festival will go out with a bang on Saturday, when The Cube Guys headline the Snowball 26 final night celebration, with mega sounds and mesmerizing visuals.

All genders, gender expression, sexuality and sexual expressions are welcomed.

A full itinerary and schedule of events is available here.

Where: Various locations around Whistler Village, as well as on Whistler and Blackcomb mountain.