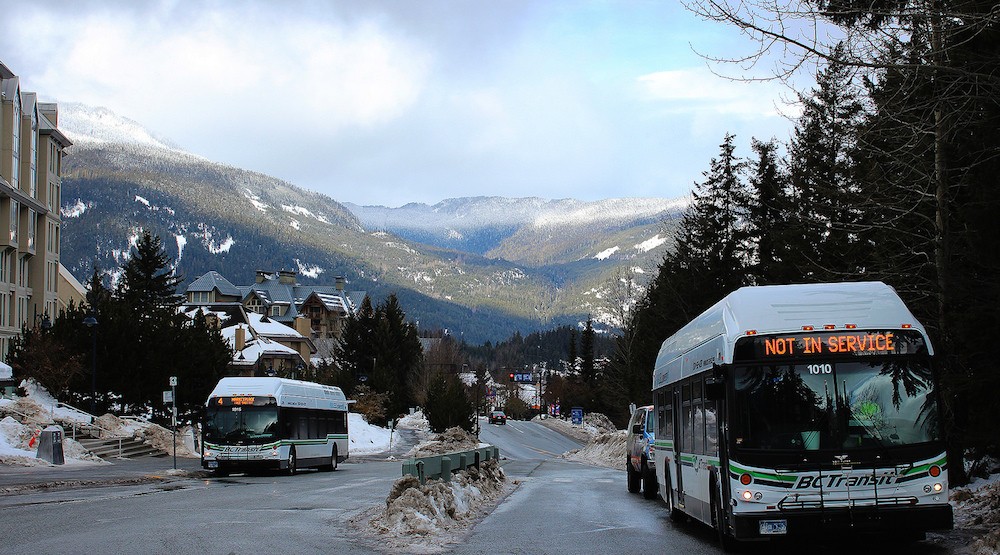 How residents and tourists get in and around Whistler could change this summer in an effort to reduce major traffic congestion and parking lot capacity issues.

On Tuesday, Whistler city councillors are expected to approve a number of staff-recommended initiatives, including providing free public transit over 10 summer weekends and holiday weekdays between July 1 and September 4.

As well, monthly passes for transit at the resort will also go down from $65 to $50 starting in July.

And there will be 1,750 additional hours of service with the deployment of additional buses during peak periods of free transit this summer and the start of the upcoming ski season.

There will be increases to rates in parking beginning July 1, with Day Lots 1, 2, and 3 increasing from $8 to $10 daily and a new stipulation that limits day parking to 24 hours. Monthly passes for these lots will increase from $30 to $50.

Day Lots 1 to 5 will remain free after 5 pm while surface lots at the village will be free until 10 am.

The resort municipality’s cost of providing 23 days of free transit this summer is $165,000, but it is expected that increased parking revenues from the hikes will cover the expenses completely.

Additionally, $30,000 will be spent on constructing a queue jumper for transit buses to bypass congestion at Whistler Creekside.

The staff report also recommends studying ways to make the Sea to Sky Highway more efficient and supporting the provincial government’s capacity review of the route, which will examine building additional lanes, intersection upgrades, and other changes.

Earlier this year, the provincial government announced it was considering operating new BC Transit bus services between Vancouver, Squamish, Whistler, and Pemberton. The BC Liberals’ election platform includes a promise to study the possibility of running commuter rail along the Sea to Sky Corridor from North Vancouver to Whistler.