Long known as a destination for outdoor enthusiasts, until recently it was rare for hotels in Whistler – especially luxury ones – to welcome canine guests. Even now, pet owners can be charged upwards of $50 per night to have dogs stay in their room.

But instead of merely tolerating canine companions, the Westin Whistler encourages patrons to bring their pets along. Instead of paying to board them in the city, they can stay at the mountain resort completely for free. And this weekend the hotel welcomed pet owners with wide arms for its first-annual retreat specially catering to dog owners.

Starting from delivering a dog bed, bowls and kibble to each participant’s suite, the Woof Weekend included three days of activities for posh pet owners, including a pet expo, agility demonstrations and a canine behaviour seminar with Dr. Rebecca Ledger.

It’s a clever marketing move for an increasingly dog-friendly society, frankly. Although dogs don’t really need a trademarked “Heavenly Dog Bed” and room-service meals, as a pet owner it’s incredibly convenient to have those amenities when you’re traveling. Especially if they’re free. 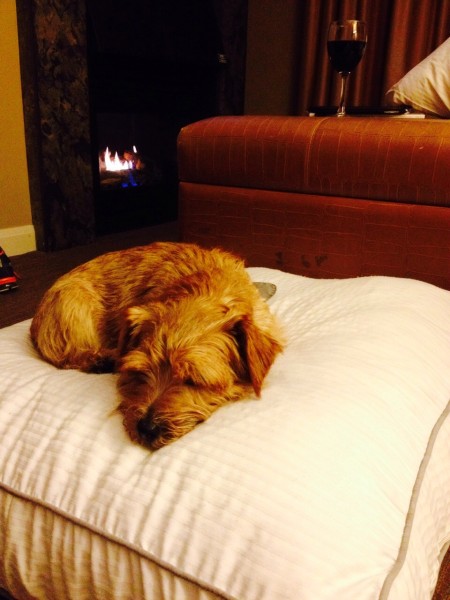 Saturday kicked off with a guided group adventure hike with Alpine Dogs, weaving through the trails around Lost Lake and enjoying the stunning alpine scenery while the dog owners socialized. 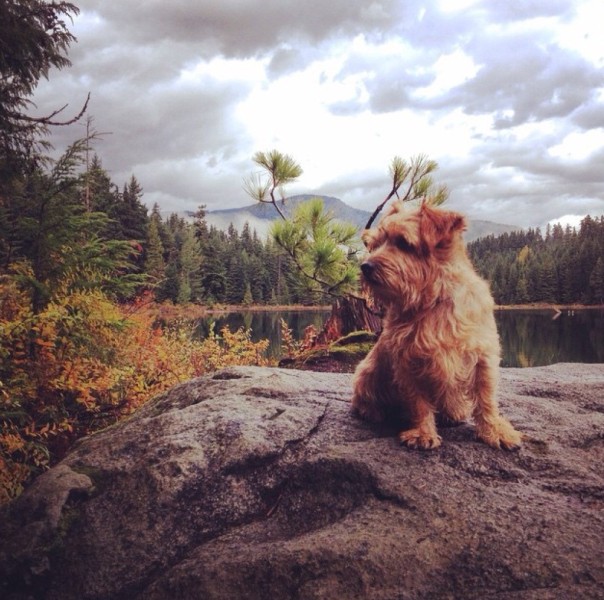 Other activities were aimed at canine self-improvement: pet parents attended canine culinary classes with the Westin’s executive chef and treated their dogs to “Pawdicures” from mobile dog spa Shampooch Grooming. 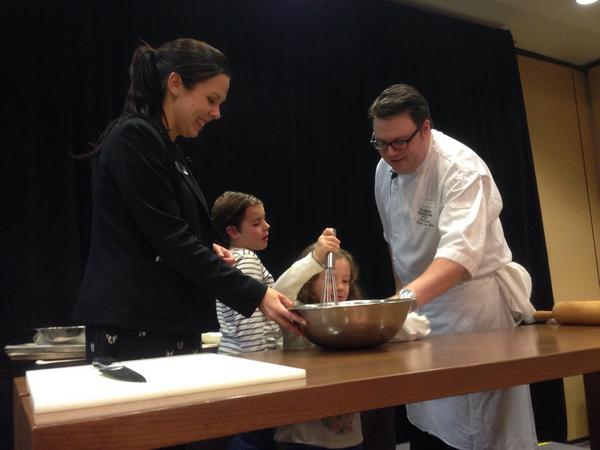 Entertainment was provided in the form of a nose work demonstration, performance by the K9 Incredibles (think Pugs being human bowling balls) and a Whistler Top Dog content.

The main attraction of the weekend was the annual “K9 Wine & Dine” dinner, a gala benefiting the Whistler Animal Shelter. As pet owners noshed on their gourmet three-course dinners, canines did too. Servers dished out tuna mousse, mini meatballs and hand crafted apple squares directly to the dog’s dishes at the side of the banquet tables. There was even a little “Pinot Growlio Reserve” — wine bottles full of gravy — poured on top of their meaty entree. 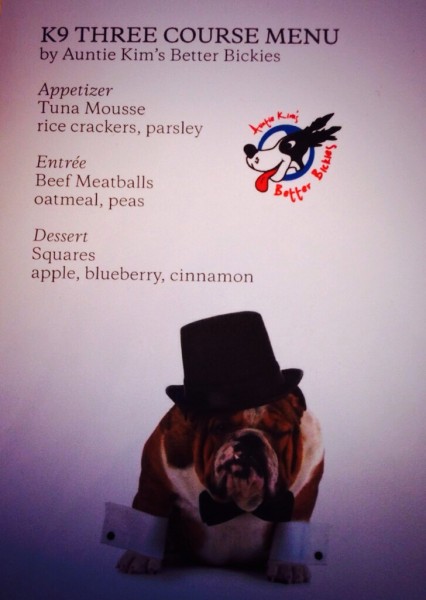 The dinner menu for dogs at the K9 Wine and Dine.

There were a few moments during the weekend when I questioned the sanity of a luxury hotel welcoming 50+ dogs into one (very beautiful) space. I watched a well-dressed women struggle to balance her wine glass with a Fido desperate to sample the shrimp appies. During supper, a former Whistler sled dog barked constantly.

It’s these same moments where you can see why the people here love it. They’re all dog lovers and used to the controlled chaos of sharing life with an unpredictable animal. Just now there are dozens of dogs, altogether, and you’re at a four-star resort.

Rates for Woof Weekend start at $170 per night. $50 from each registration is donated to Whistler Animal Shelter (WAG), a non-profit that re-homes hundreds of homeless animals annually.

The second-annual Woof Weekend is slated for October 2015.