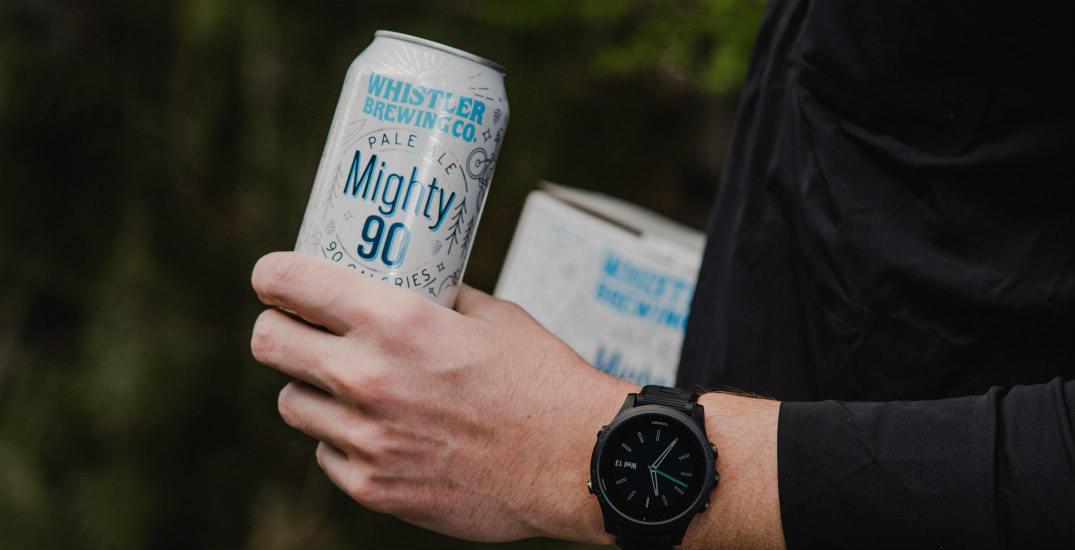 Since the start of 2021, we’ve all been doing our best to stay on track with our goals for the year and find new ways to enjoy the things we love — without having to give them up entirely.

Like many British Columbians, for us, trying new craft brews falls into this category. But instead of choosing a high-calorie beer, we set out to find something low in calories that doesn’t compromise on taste, and we found it in Whistler with Mighty 90 Pale Ale.

What makes this particular brew notable, you ask? Whistler Brewing Co. discovered a unique and innovative brewing process that allows them to create a high-quality pale ale with the flavour you’d expect from a craft beer in their portfolio — all while staying under 100 calories.

The team recently gave us a socially distanced tour to discover what goes on behind the scenes at a brewery and the work that goes into each batch of Mighty 90 Pale Ale. 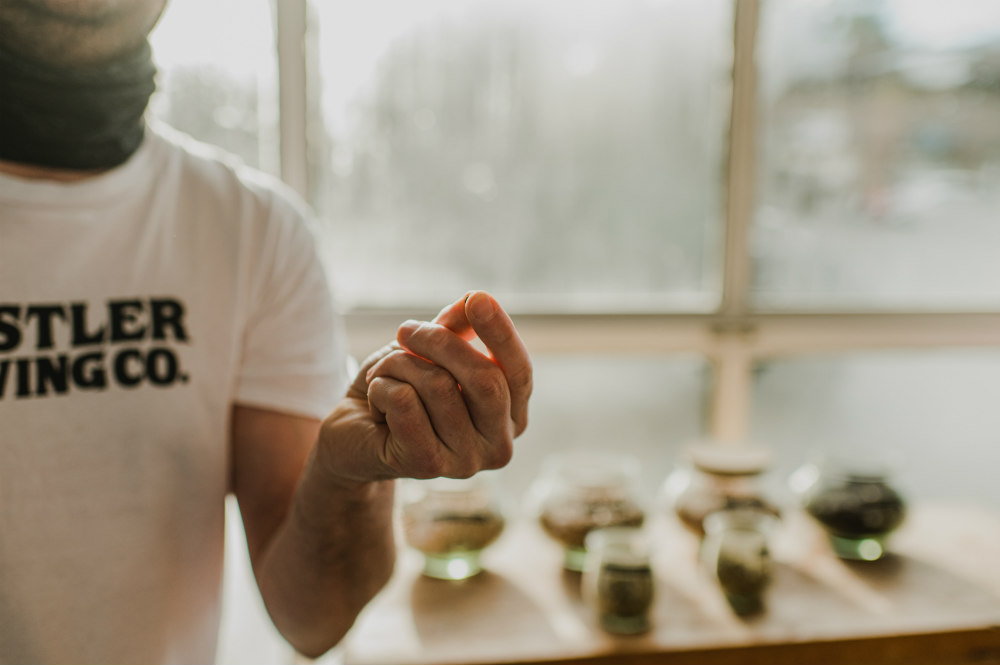 One of the first things to note is that Mighty 90 Pale Ale is a true beer lover’s beer. It’s medium-bodied and packs a mid-range hop flavour.

“Our Mighty 90 captures the taste of a traditional craft pale ale while keeping the sugar content low and ALC to only 4%, which is how we are able to offer a brew at only 90 calories,” Brewmaster Clinton Small told Daily Hive.

The brewing process to get to that point starts with grinding the first ingredient, malted barley. Malt grinding, we discovered, creates the base for the beer, known as “grist.” By crushing the pale malt, the starch inside is exposed, making it available for mashing, said Small. 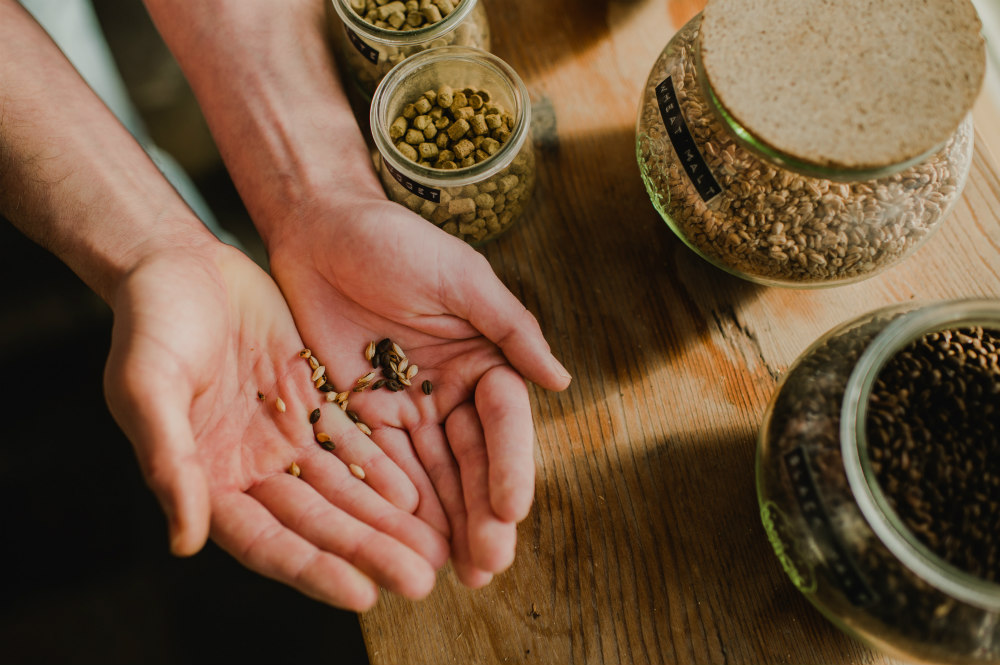 This stage sees the team mix the grist with hot water to form a thin porridge-like mixture: the “mash.” Almost like a science experiment, the hot water activates malt enzymes in the grist that convert starches into simpler sugars. The result? A sweet liquid called “wort.”

Small and the team pump the contents of the mash mixer into the lauter tun (essentially a giant sieve) to separate the sweet wort from insoluble parts, like barley husks. Any spent grain (compact waste) leftover is later sold as livestock feed. Fun fact: some spent grains are used by local bakery Purebread. 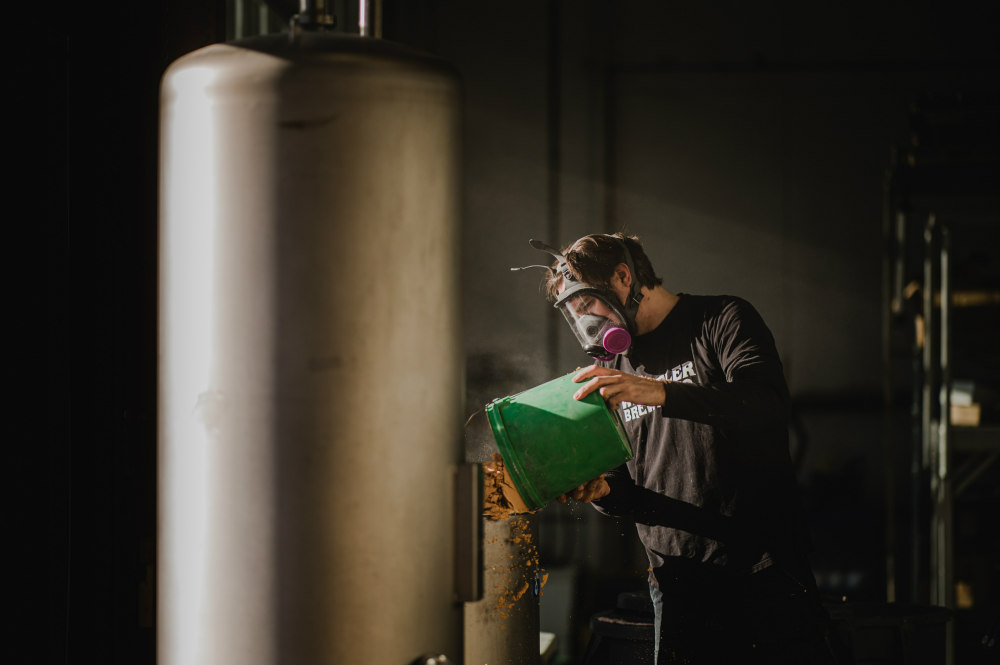 Beyond this, the wort and hops are boiled in the kettle (the largest kettle we’ve ever seen). “Bringing the liquid to a boil sterilizes the wort, concentrates malt flavours, and extracts flavours from the hops,” said Small.

The hopped mixture (which contains no additional calories) is then cooled and transferred to the fermenter, where yeast is added. “In the fermenter, the yeast consumes the sugar in the hopped wort, producing alcohol and carbon dioxide.” 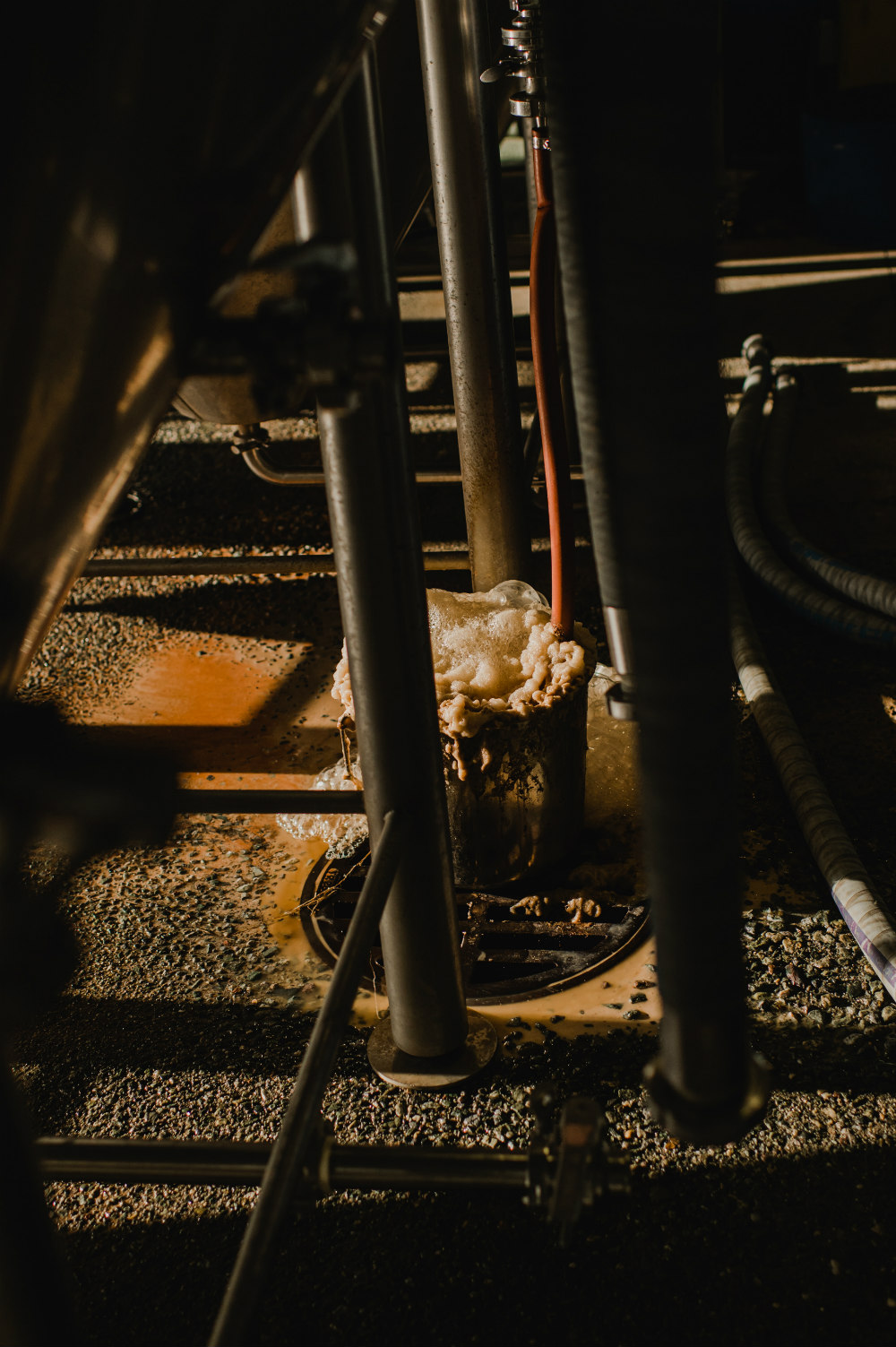 We learned that while ales typically take three to five days to ferment, Mighty 90 Pale Ale is fermented for a little longer (approximately five to six days).

This allows the time for all sugars to be converted out of the wort, which in turn keeps the calorie count low. Oftentimes, remaining sugars are the reason why beers can have higher calorie counts, explained Small.

Then, to mature and develop the refined flavour that we enjoy in craft beer, Mighty 90 Pale Ale is aged for roughly five weeks before it’s filtered and canned. 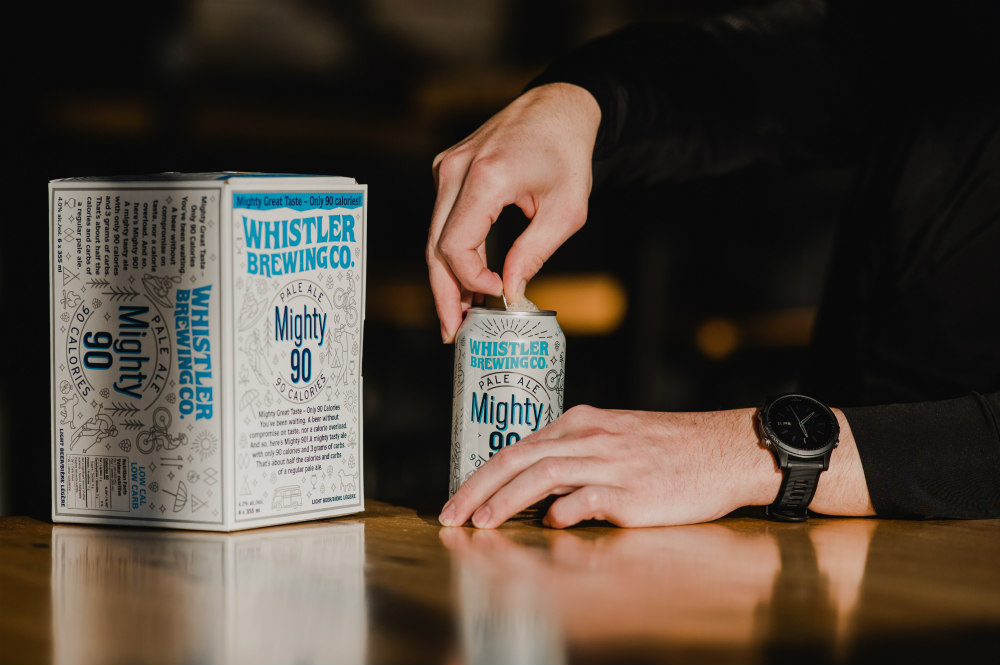 Whistler Brewing Co. uses cardboard boxes instead of the traditional plastic rings that come on six-packs of beer. The brewery does this with its packaging for Mighty 90 Pale Ale and all other Whistler beers, too.

“While single-use plastic rings are less expensive, we feel it’s important to reduce our plastic footprint and use more sustainable packaging to reduce our environmental impact,” said Small.

If you’re interested in discovering the flavours of Mighty 90 Pale Ale, you can get $1 off per six-pack at BC Liquor Stores and participating private liquor stores across BC for the month of February.

To learn more about the beer that’s half the calories and carbs of a regular pale ale, head to whistlerbeer.com.