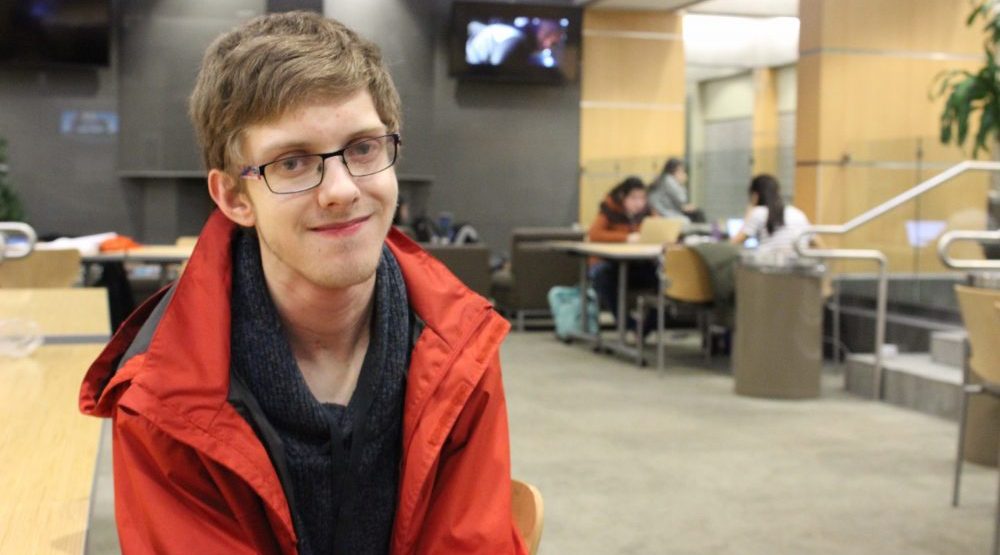 Written for Daily Hive by Emily McCarty. Emily is a freelance journalist and videographer and is a Master’s of Journalism candidate at UBC. She is a producer at All Access Pass, a weekly radio show on accessibility and disability. You can find Emily on Twitter @emjmccarty.

When Cameron England, a 20-year-old UBC student, returned to where he’d left his parked wheelchair on January 14, he found that all that was left by thieves was the protective rain cover.

England has cerebral palsy, which decreases his reaction time between the brain and muscles, as well as right hand apresia, which weakens the right side of his body. He says since he is able to leave his chair and walk, he tries to not be too dependent on it and will walk for small lengths.

“It’s difficult to find a spot where you can park it where it’s out of the way and not blocking something that someone might want to access,” England says. “I don’t like taking a chair in the elevators because of the [space it takes up.] I like to a keep a low profile in that sense.”

He immediately contacted campus RCMP who took a report on the theft, but he has not heard back with any new information since then.

“The constable expressed remorse and compassion which was what I needed in that situation. I was fairly distraught. That was really comforting to have,” England says of the day of the theft. “I’ve never heard of a wheelchair being stolen. I’ve been leaving my chair outside buildings for past 2.5 years and it’s always been there.” 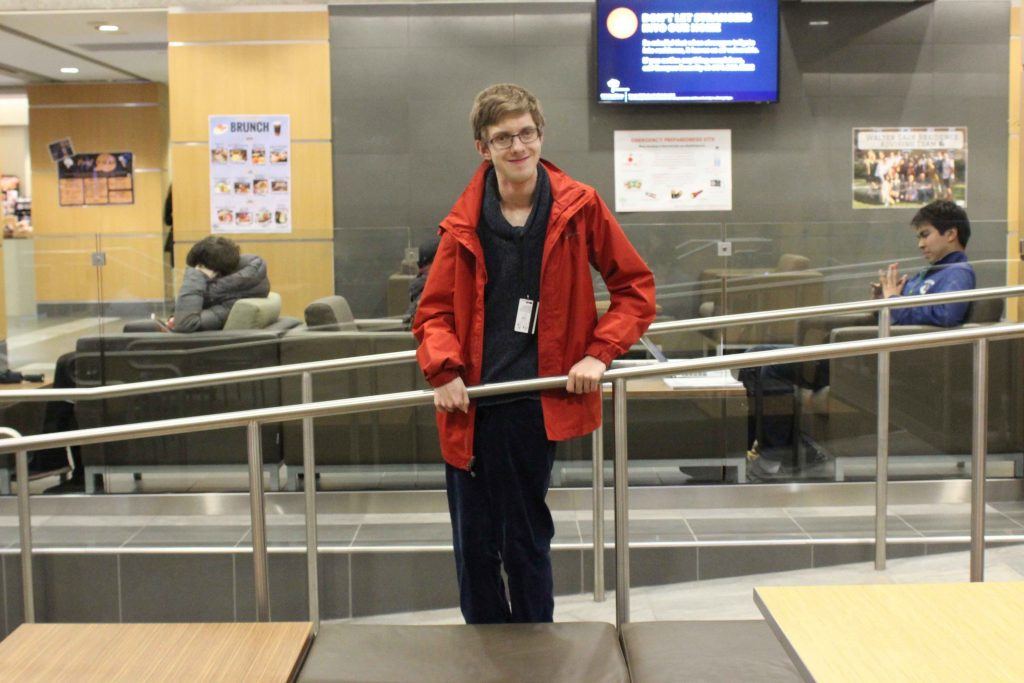 England wrote a Facebook post about his stolen wheelchair the day after the theft and his friend, 19-year-old Austin Ferguson, took note. He messaged England to ask if he could start an online fundraiser to purchase another wheelchair.

“I thought, being a campus like this, I felt like I could get the ball rolling in terms of getting support because it’s horrible – he’s active on campus, people know him, he’s in the Arts Undergraduate Society,” Ferguson says. “It’s the least we could do to show some support for him.

Ferguson started a GoFundMe campaign to raise $6,000 (approximately the cost of the Quantum Q6 Edge chair.) He shared it across Facebook and it gained momentum quickly. Within 24 hours, over $1000 had been raised. England was blown away by the generosity of the donors.

“Sometimes I’m like, is this real? Do this many people really care about this sort of scenario? Again, it just speaks to the amount of compassion that exists on this campus and for that, I’m truly grateful,” says England.

UBC Access and Diversity has since stepped forward to cover the cost of a new wheelchair. England says he doesn’t know if he’ll refund GoFundMe donors or ask their permission to donate to one of his favourite charities, the BC Children’s Hospital, who helped him through multiple surgeries as a child.

UBC accessibility still has a long way to go

England says he hopes his experience brings attention to the importance of mobility devices and accessibility, especially for those on campus who may live far from friends and family.

He says there were several times this winter alone where his chair got stuck on campus walkways while trying to get to class. England says he had to ask for the assistance of passersby to dislodge him from the slush and snow. He noticed only main pathways were cleared, and even then not to a full extent.

“I think they just took a shovel through one narrow section and then left it at that,” England says. “A lot of secondary paths weren’t cleared at all, which is where I ended up getting stuck.”

He says he slipped on wheelchair ramps where snow was packed onto both sides with slush in the middle. It got to a point where he slid out at the bottom of the ramp and had a minor collision into the side of the building.

“If there was any place you’d think you’d want to have 100% clear, it would be a wheelchair ramp outside one of the main academic buildings on campus,” he says. “But I generally don’t like to raise a fuss, so I just left it at that.”

Cameron says UBC Access and Diversity does what they can, but ultimately it’s up to UBC to make campus accessible for every student in every season. He has yet to get the new wheelchair but Access and Diversity has provided a ride to his farthest class, on the opposite end of campus.

“I would definitely say that although it has my life harder, my life could be a lot harder, and in the context of my own life, it’s nothing I haven’t faced before,” England says with a smile. “I’m dealing with it.”