#WhatsTheLink is a series about all that TransLink, Metro Vancouver’s transportation authority, is responsible for in the region. Join the conversation on Instagram, Twitter and Facebook.

Have you ever wondered why Kingsway is unlike other roads in Metro Vancouver? Why, unlike most streets in Vancouver and Burnaby, does Kingsway cut across the grid in a seemingly brazen diagonal from the northwest to the southeast?

The answer is that Kingsway is older than most roads in the region. It came into being before our cities were well established and before planners had the bright idea to make a system of roads following a grid design.

Originally a foot trail for local First Nations, it then became a wagon road in the mid-19th century. Stretching diagonally from Vancouver’s Main Street just south of East 7th Avenue and becoming 12th Street at the Burnaby-New Westminster border, Kingsway is a living part of our region’s history and cultural fabric. Kingsway is also part of TransLink’s Major Road Network (MRN).

The MRN is a network of major arterial roads that stretches across the region and connects people and transports goods across municipal boundaries. In fact, if you  stretched all 2,300 lane kilometres of major roads under TransLink’s responsibility from end to end, you’d end up in beautiful sunny Southern California! 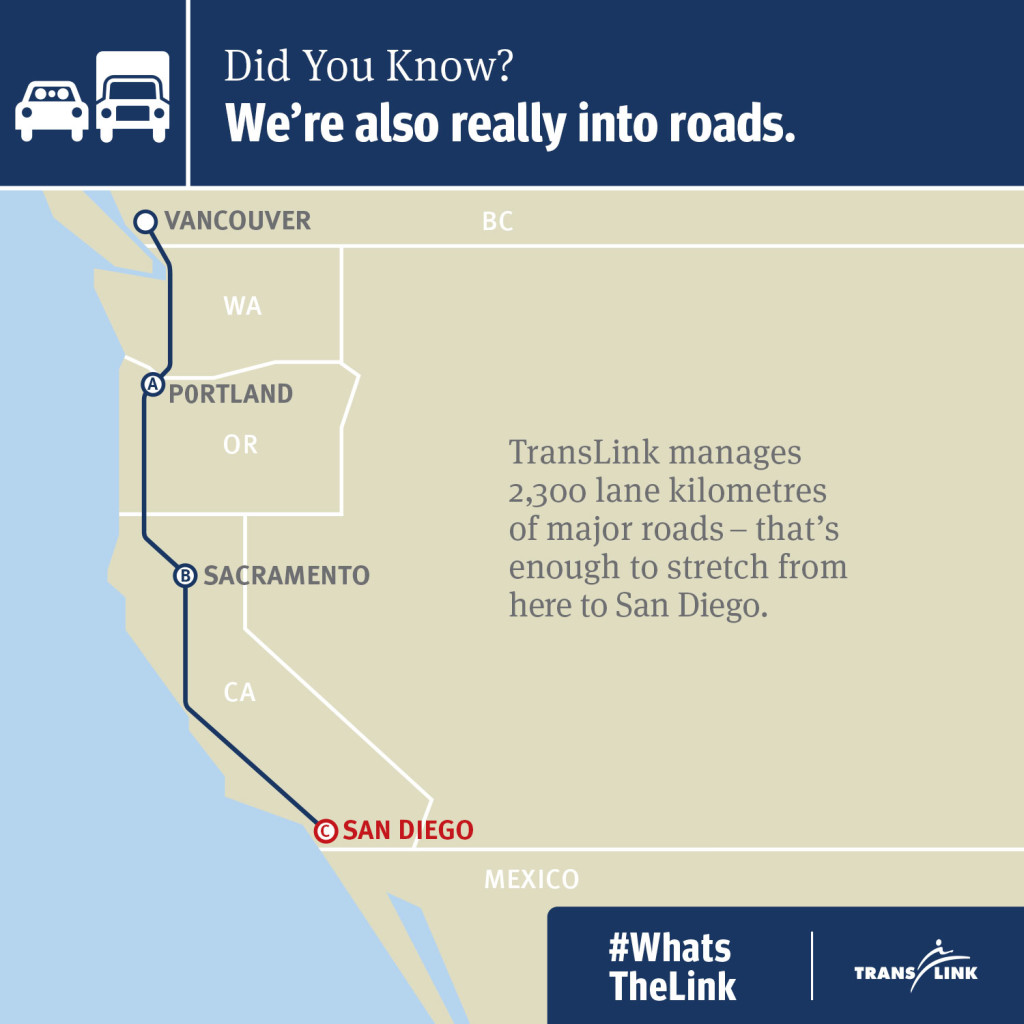 In 2012, the City of Vancouver commissioned artist Sonny Assu to design a street marker as part of Vancouver’s 125th Anniversary. What Sonny created speaks to both the collective history of the street as well as the personal history of the artist. I had the opportunity to ask Sonny as few question about his work and the street that inspired it.

What does Kingsway mean to you?

Nostalgia. With certain stretches that seem lost in time, the element of nostalgia that is inherent within Kingsway is probably the most compelling element of the road itself.

What can you tell me about the history of the road and your art?

This piece, taking the form of a stylized HWY 1 sign, is about the shared history of the road. It highlights often forgotten or over-looked, pre-colonial history by placing what we now know as Vancouver in the greater context of non-western history. The piece speaks to the 10,000+ years of history that the [collectively known] Coast Salish people have in Lower Mainland.

When I was a student at Emily Carr University of Art and Design, I heard a story that would eventually inspire this piece. The story was of how the local First Nations used it

as a walking trail, linking what we know now as New Westminster/Fraser River and Vancouver/False Creek/English Bay. Once colonial settlers started to roll in, they used it as a wagon road, again, linking New West, Vancouver and Burnaby. The wagon road was eventually paved over, and it became Kingsway.

Do you have any personal memories or connections to Kingsway?

I have fond memories of cruising along Kingsway in my grandfather’s big, blue Buick. I was his shadow when I was a kid. I followed him everywhere. Kingsway invokes a fresh spring breath of nostalgia for me. My last studio in Vancouver was also facing Kingsway (where it meets Main Street), so, Main/Broadway/Kingsway was my hood! It’s the place where I worked and had a lot of my social interactions.

Looking at old photos of Kingsway and Main where Sonny’s old studio was located, I’m amazed at how much the area has changed. New businesses and housing developments seem to pop up on a weekly basis. As we watch this living street continue to change, I’m heartened to know that this piece of our history is part of the MRN and will continue to move people by foot, car, bike, transit and maybe even the occasional wagon, well into the future. 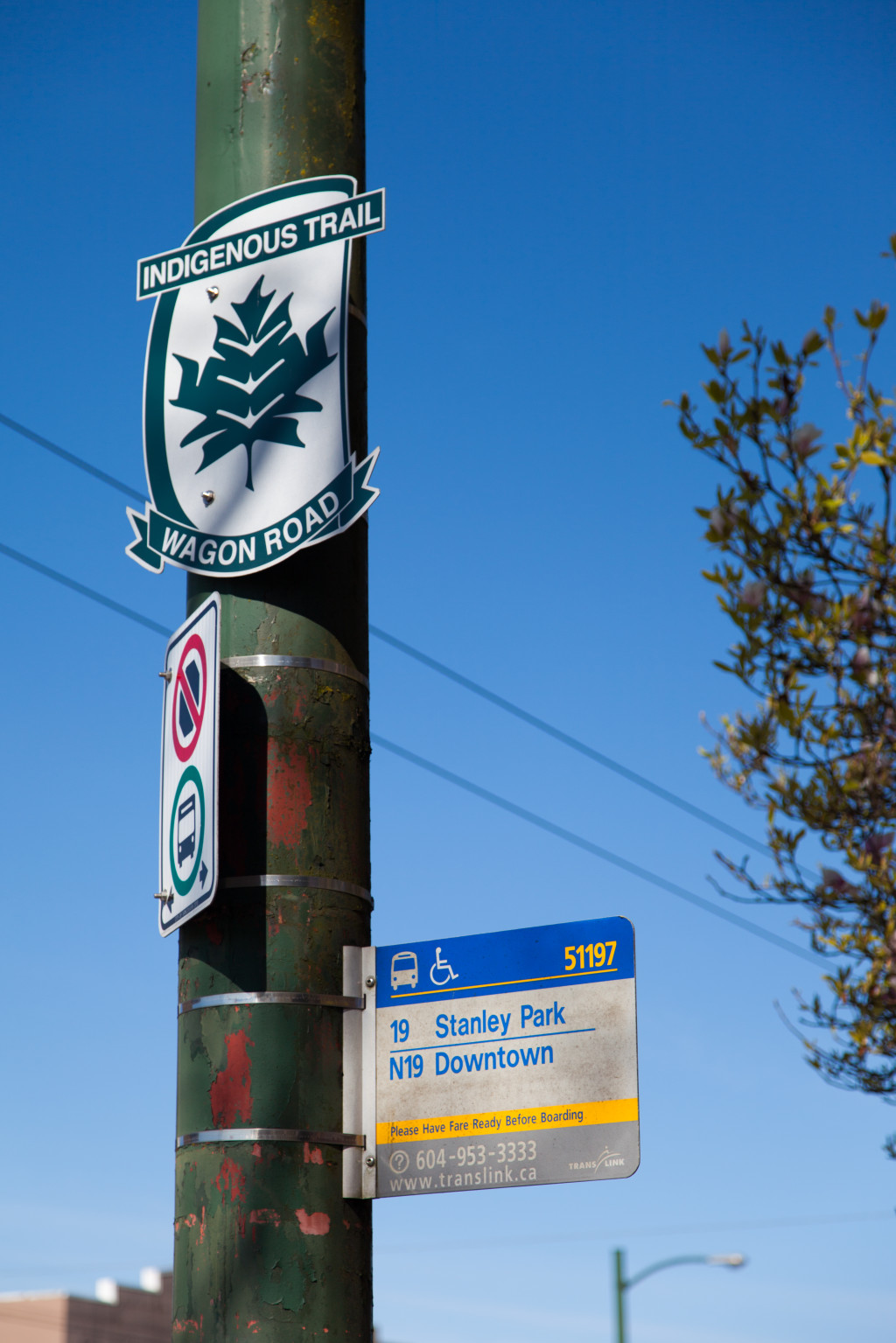