#whatsthelink is a series about all that TransLink, Metro Vancouver’s transportation authority, is responsible for in the region. Join the conversation on Instagram, Twitter, Facebook, the Buzzer blog and here of course!

The first TransLink secure bike parking area in Metro Vancouver opens today and we couldn’t be happier! So happy in fact that we’re giving away a three zone FareCard and some sweet cycling gifts!

TransLink is unique in North America as a transportation authority that links so many ways of moving people and goods. Part of TransLink’s multimodal mandate is to help support the people making the 107,000 bike trips each day in Metro Vancouver.

Those TransLink cycling options are: 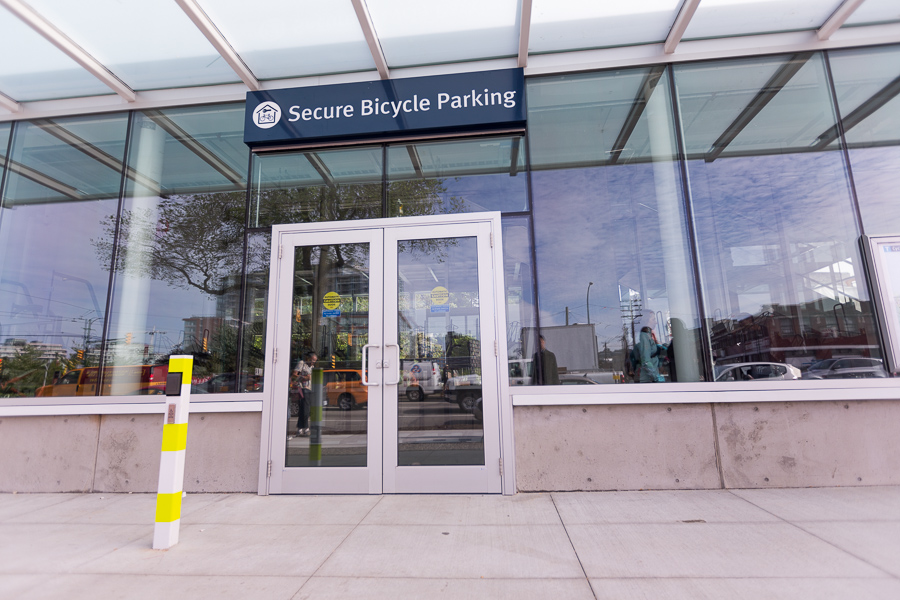 Included as part of the upgrades for Main Street-Science World Station, the Secure Bicycle Parking area has room for 86 bikes, more than four times the amount of bike storage that was there before!

Parking in the area costs $1 a day up to $8 a month. After parking for eight days in a single calendar month, registered customers will not be charged again until the following month. To register, go to www.translink.ca/bikeparking.

This is the first of future Secure Bike Parking areas for the transit system in Metro Vancouver. This investment moves the region closer to one of the Metro Vancouver region’s long-term goals for half of all trips to be made by walking, cycling or transit by 2014. Increasing cycling trips depends on investment in infrastructure and programs like Secure Bike Parking areas.

This being Bike to Work Week and the opening of this new cycling facility, TransLink would like to spread the word about how cycling is an important part of the transportation system in Metro Vancouver. To do this, we want you to help us spread the word and possibly win some great prizes for doing so!

We have 2 commuter cycling prize packs to give away! They each include:

2. Leave a comment below telling us how use your bike and/or if you use TransLink cycling options, public transit, roads or bridges to commute. (1 entry)

4. Regram the following photo on Instagram with the hashtag #WhatsTheLink and tag @VancityBuzz & @TransLink. (1 entry) 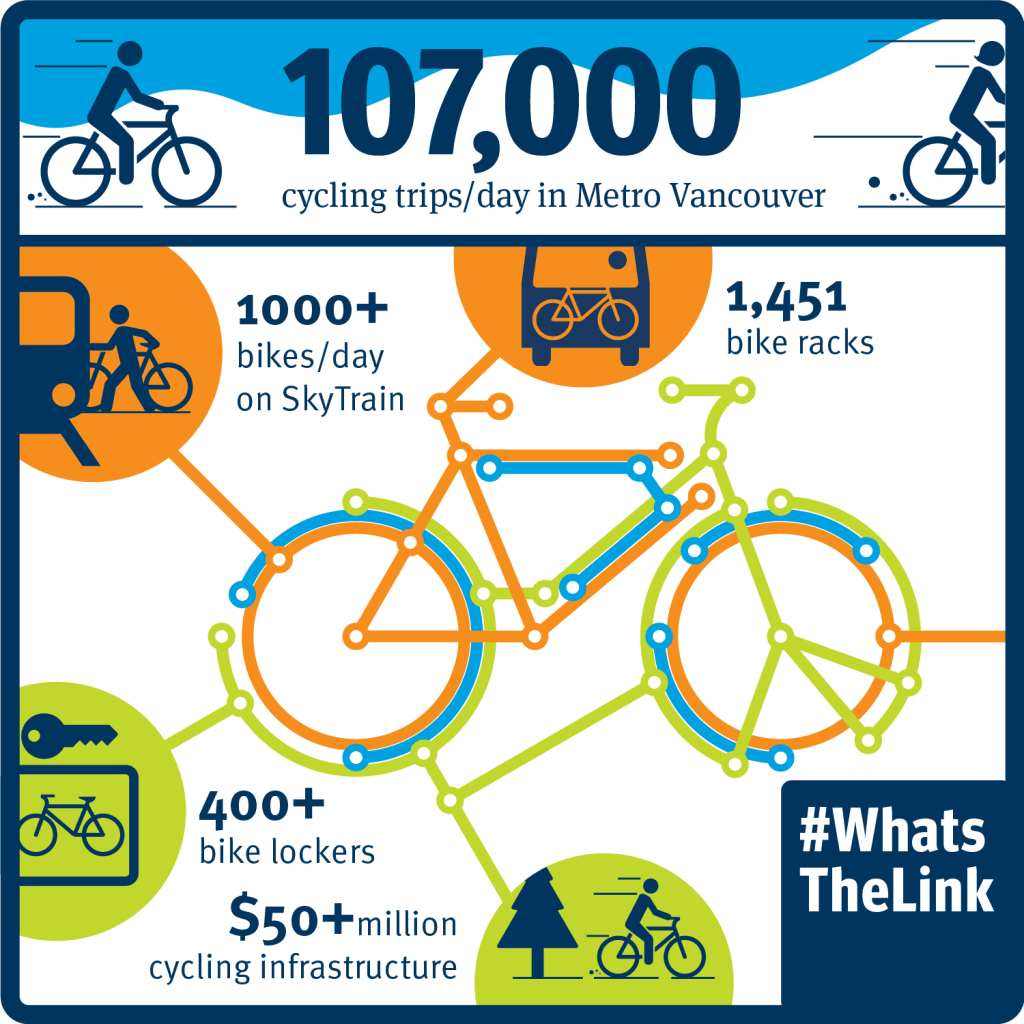 Winners: Michelle K. and Helena B.