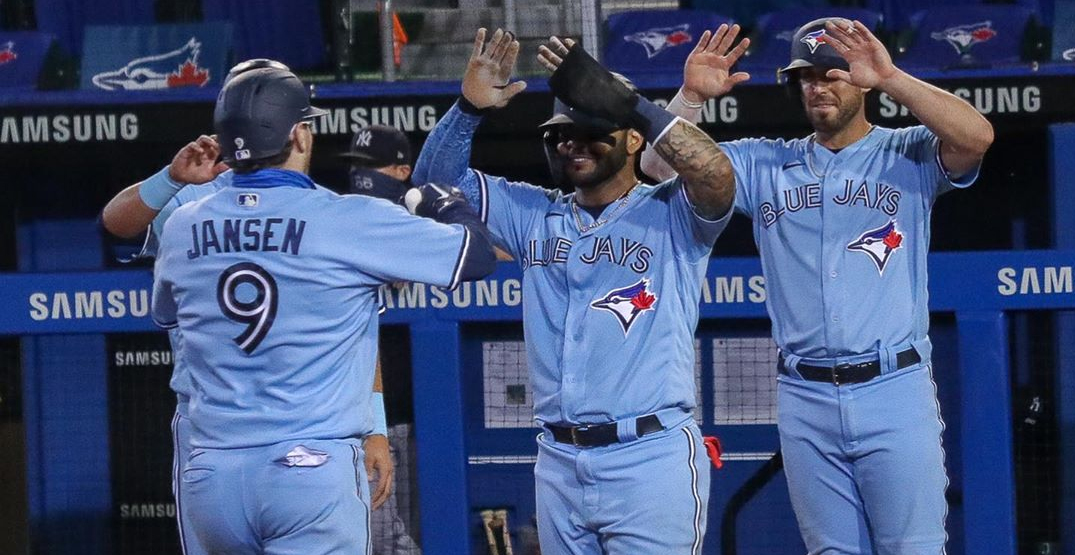 The year 2020 has been weird personified, and that includes Major League Baseball. Unlike many other professional sports leagues, MLB never got off the ground before COVID-19 forced the closure of sports leagues everywhere.

Rather than restarting a season, baseball came back for a 60-game shortened season, opened up the playoffs to 16 teams and implemented some new rules, which has caused a bit of chaos around the league.

One team benefiting from that chaos is the Toronto Blue Jays.

At 26-23, they occupy the eighth and final playoff spot in the American League. If the playoffs started today, the Blue Jays would face the team with the second-best record in baseball: the Chicago White Sox. 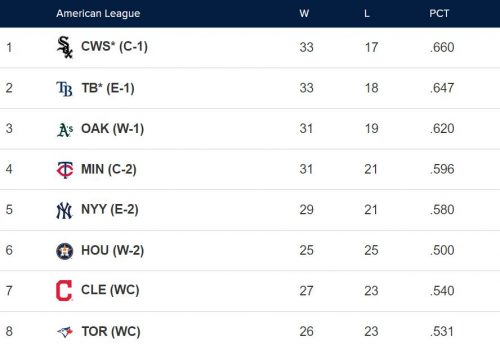 It’s never preferential to go into a series as a lower seed, but this is all gravy for the 2020 Blue Jays. No one expected them to be here, fighting for a playoff spot late in the season.

While they made a big splash in free agency last winter by signing Hyun-Jin Ryu, optimistically, it was a stretch to say the Blue Jays could make the playoffs in 2020.

Surprisingly enough, now they’re on the doorstep. With 11 games left in the season, the Blue Jays need to hold steady to secure a playoff spot. Their magic number to clinch a playoff spot is seven, which means any combination of Blue Jays’ wins and losses by the team just below them in the league standings (the Seattle Mariners) guarantees Toronto will make the postseason.

If any of these scenarios were to transpire over the last week-plus of the regular season, the Blue Jays will sit pretty to make the postseason. If they play solid baseball down the stretch and go 7-4, they’re in. If not, they’ll need some help from the Mariners.

Seattle is the next closest competition for Toronto, and they sit 4.5 games back of the Blue Jays. The Mariners only have 10 games left in their schedule, which gives the Blue Jays 11 opportunities to distance themselves from the Mariners.

The Blue Jays are extremely close to returning to the playoffs, but their play over the last three games has instilled little confidence. It felt less like a “playoff drive” and more like a “brace for impact”. The Jays lost three straight to their division rivals, the New York Yankees, and were outscored 43-15.

Yes, it’s only a three-game series, but these are the exact teams the Blue Jays could meet in the first round in the playoffs. And if Toronto plays as poorly as they did in the Bronx this week, the series will be over before it even began.

At this juncture, baseball would’ve entered the eighth week of the season, with June on the horizon. Instead, the season is nearly over, and the Blue Jays are learning the hard way that the end of the schedule is no cakewalk.

Toronto faces the Philadelphia Phillies for four games this weekend (starting with a doubleheader today), four games at home in Buffalo to the Yankees, and closing out the season with three games at home against the Orioles.

Every game is crucial for the Blue Jays, whether or not it’s against a division rival. If they split the four-game series against the Phillies, win two of four against the Yankees and sweep the Orioles, the Blue Jays make the playoffs.

For argument’s sake, let’s say the Blue Jays’ pitching woes continue until the end of the regular season. If Toronto wins 4 of 11 and Seattle wins 7 of 10, the Blue Jays still make the playoffs. Any fewer than four Blue Jays wins and any more than seven Mariners losses will be a big problem for the bluebirds.

Toronto’s pitching staff has been destroyed as of late, and besides Ryu, they don’t have any dependable starters in the rotation. The Blue Jays might only get two more starts from their ace before the end of the season.

If the Blue Jays want to control their own fate, they need to win seven out of the next 11 games. If they want to make it a little more dramatic, they could win a few less, but they’ll have to kneel to the baseball gods and pray for the misfortune of their competitors.

No matter how the rest of this season plays out, it will be a thrilling finish for the Blue Jays. Fans should stock up on Maalox and Tums as required, because October is on the horizon, and it won’t get any easier to stomach.