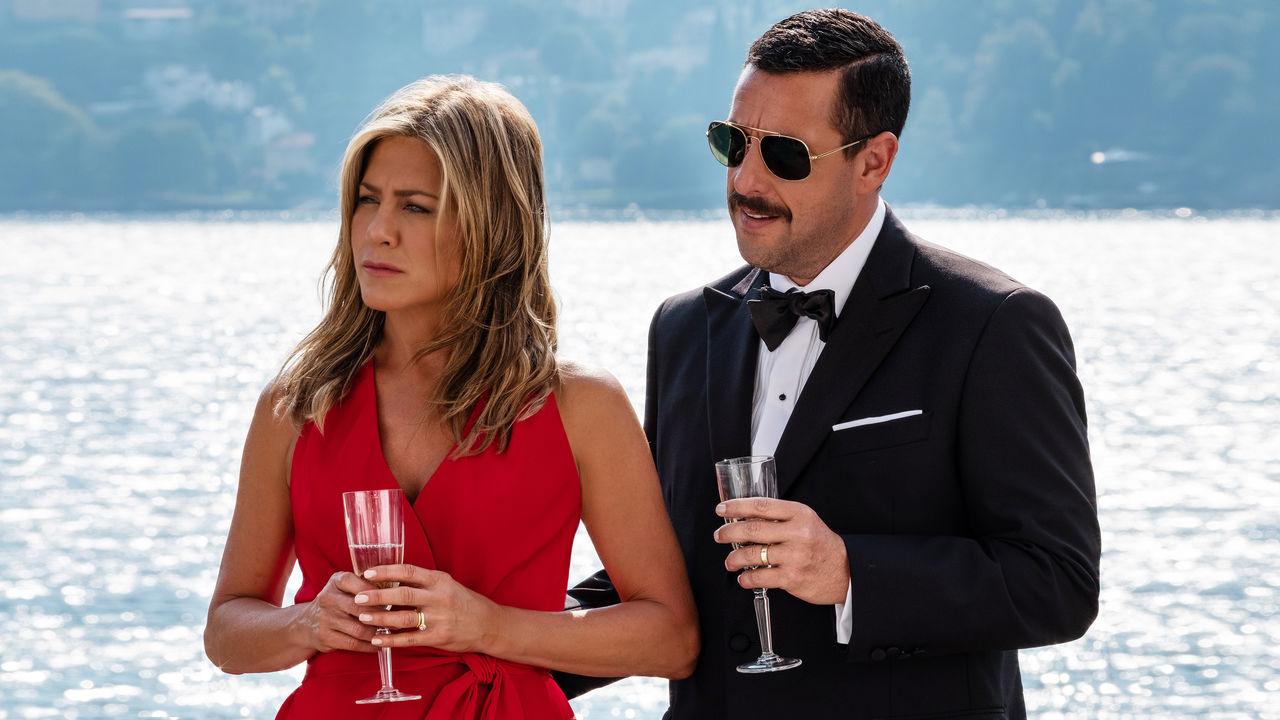 Looking for something to watch in June?

Jennifer Aniston and Adam Sandler reunite for this hilarious adventure. The film follows an NYC cop (Sandler) and his hairdresser wife (Aniston) as they embark on a long-awaited trip to Europe. Chaos ensues when they end up at the yacht party of a murdered billionaire, and they quickly become prime suspects in the investigation.

Charlie Brooker’s sci-fi anthology series returns for an instalment of three episodes. Exploring themes of techno-paranoia, Black Mirror delves into the dark side of technology and our dependencies on it. This season features an episode starring Miley Cyrus as a pop star, Ashley O, who also has a line of creepy robot dolls that allow fans to have a unique connection to their idol. Anthony Mackie and Topher Grace also star in their own instalments.

Loved 24? The Kiefer Sutherland political drama lives to see another day after ABC’s cancellation. The series tells follows Tom Kirkman (Sutherland), a US Secretary of Housing and Urban Development who becomes President after a terrorist attack leaves him the highest ranking official alive. Season 3 picks up with President Kirkman forced to enter his first official presidential campaign.

It’s a tween comedy for the masses: In this summer-ready series, a snobby group of aspiring Malibu lifeguards goes head-to-head with a team from the Valley for the ultimate turf (and bragging rights) — Malibu Tower. This family-friendly show features a little bit of something for everyone, including stunning scenery of California’s most famous beach.

Calling all Jonas Brothers fans! Step behind the velvet rope with this personal look at the brothers’ journey from middle-class family to pop stardom and eventual abrupt hiatus. Featuring never-before-seen footage, Chasing Happiness looks at the brothers’ personal lives and marriages as they reunite for their first album in eight years.

Step back into the life of FBI agent Emily Byrne (Stana Katic), who was declared dead after hunting one of Boston’s most notorious serial killers. After being discovered with no memory, and barely alive, she returns to find her husband remarried and son being raised another woman. Season 2 pick up after Emily tracks down and kills her abductor, and focuses on her challenge to rebuild her life while trying to understand her dark and mysterious past.

Based on the best-selling book by Liane Moriarty, this Monterey-set drama is back for a second round. Meryl Streep joins an already star-studded cast, including Nicole Kidman, Reese Witherspoon, Shailene Woodley, Zoe Kravitz and more. Season 2 of the drama continues to explore the themes of friendships, lies, relationships and parenting in the wake of Perry’s (Alexander Skarsgard) death.

Hulu’s dystopian series continues in season 3 with handmaid June (Elisabeth Moss) continuing to resist the Gilead regime, which is the new governing body in the United States after a Civil War. In this world, fertility rates are on a steep decline, forcing the government to subject women to ceremonial rape, based their status. The series is based on a 1985 novel by Margaret Atwood and has earned a number of Emmy Awards.

Taylor Swift just declared this one of her favourites. Sandra Oh is back as dangerously smart spy Eve, alongside her glam partner-in-crime, Villanelle (Jodie Cramer). Season 2 picks up exactly where the season 1 finale left off, with Eve desperate to find a missing Villanelle before someone else does.

Fred Armisen’s Emmy nominated comedy can be officially viewed in Canada again. This quirky series focuses on character-based sketches in the hipster capital, with appearances by Steve Buscemi, Natasha Lyonne and Kyle MacLachlan.

A CBC Gem original, this millennial comedy follows the adventures of 20-something Justine (Justine Nelson) as she navigates love, friendship and, well, life. Justine’s vivid, over-active imagination (Lizzie McGuire, anyone?) is its own character in this quirky web series.