There’s a lot more technique and calculations behind a macaron than we think. When I met with Connie Mar from J’Adore Les Macarons, she gave the inside tips on what to expect in a Parisian macaron.

It is no doubt that Vancouver has joined this famous pastry trend. From visiting several places, such as French Made Baking to Thierry, it is obvious each macaron has its own characteristics and everyone will have their preference. However, many are unaware of what the traditional macaron is, or even what to expect in one if they never tried one. J’Adore Les Macarons gives these in depth descriptions in her  classes. Here is a brief guide on what to expect in your macaron.

Macarons are delectable little desserts that aren’t eaten like a chocolate chip cookie. They could be bite sized, or made by the French method or Italian method. If you are going to eat your first macaron, what would you expect? What are the mathematics behind it? 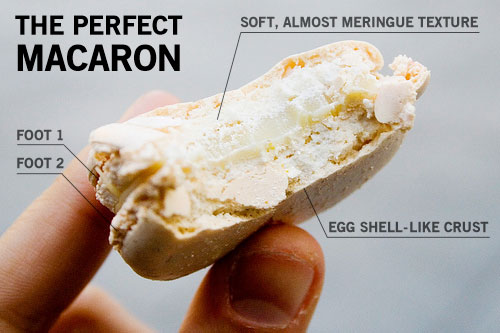 Firstly, the feet of the macaron, called les pieds in French, has a bubbly appearance and it is always straight and does not bubble outwards. For traditional macarons, the shells (les coques) actually have no flavour in them and they are made with almond, egg and sugar. If there is colour in them, it is due to dyes. There is also uniformity to macarons, the size of the top shell should match the bottom shell. The surfaces of the shell should also be smooth, not grainy. 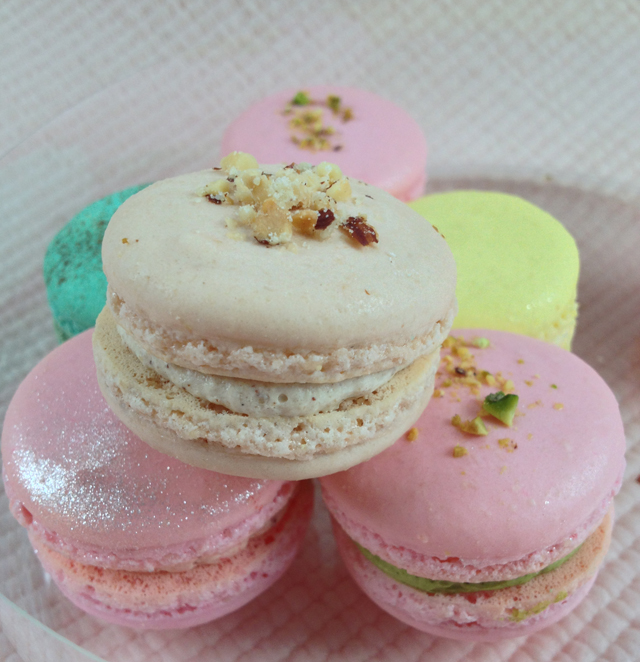 The size of the macarons can vary. They’re typically bite-sized, like petit fours. When you bite into one, it should not shatter nor be crispy. There will be a soft breaking of the shell and you will taste three levels of texture.

In a macaron, there is a bit of slight chewiness, otherwise, you should be savouring a light, airy pastry. There should be nothing but joy when biting into a little dessert that can burst into various flavours. There are many options to try out macarons around Vancouver before settling on which one you prefer. Keep an eye out on Vancity Buzz for our macaron reviews!