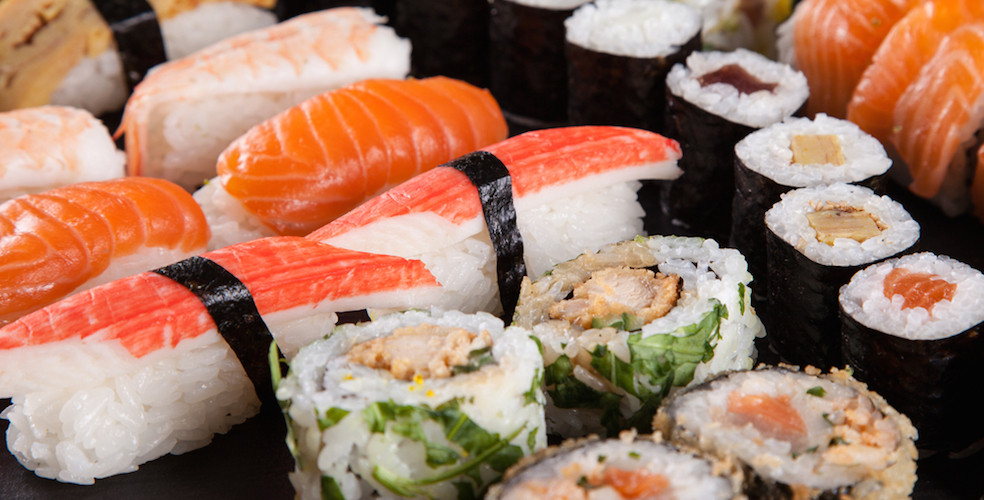 Is sushi on your speed-dial? A recent study of 10 Vancouver neighbourhoods reveals that locals love to order Japanese cuisine most of all, but the most-ordered dish overall comes from another cuisine entirely.

As it turns out, Vancouverites who prefer to skip kitchen duties for the night in favour of door-to-door delivery really, really, really like Butter Chicken.

The widely-popular Indian dish of chicken in a mild, creamy curried sauce “creamed the competition” according to food delivery service JUST EAT, who are the ones behind this fun bit of foodie data. The second-most popular item ordered is Pad Thai.

But back to sushi: In seven of the 10 Vancouver neighbourhoods factored in by JUST EAT, a sushi dish was the most ordered. Kitsilano-ers and Granville/False Creek-dwellers, you love your Salmon Nigiri. Mount Pleasant-ians go for Tuna Tataki Sushi.

No wonder sushi is considered Vancouver’s signature dish. We really like it here!

Here’s another fun factoid from the food delivery folks: “Last year JUST EAT delivered over 61,400 rolls or 9.2 kilometers worth of sushi in the city, enough to cover the distance from Metrotown to Science World, and enough miso soup to fill the average sized fuel truck, with buckets to spare.”

And how ’bout that butter chicken? “Vancouverites ordered 6,718 servings of Butter Chicken via JUST EAT in 2015, enough to fill one of the Expo Line train cars up to the top of the seat height.” 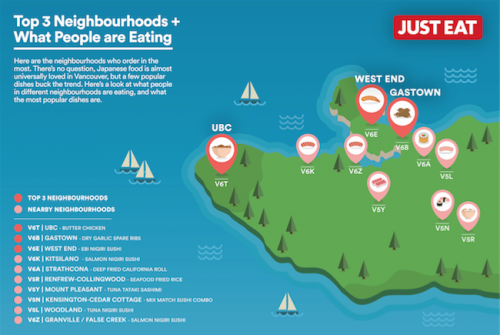 Looks like we can hold UBC residents to a lot of that; it was the most-ordered delivery item in the ‘hood by far.

Elsewhere in the Metro Vancouver area, the most popular kinds of food ordered were:
1-2. Chinese/Japanese (tie)
3. Pizza
4. Italian
5. Indian