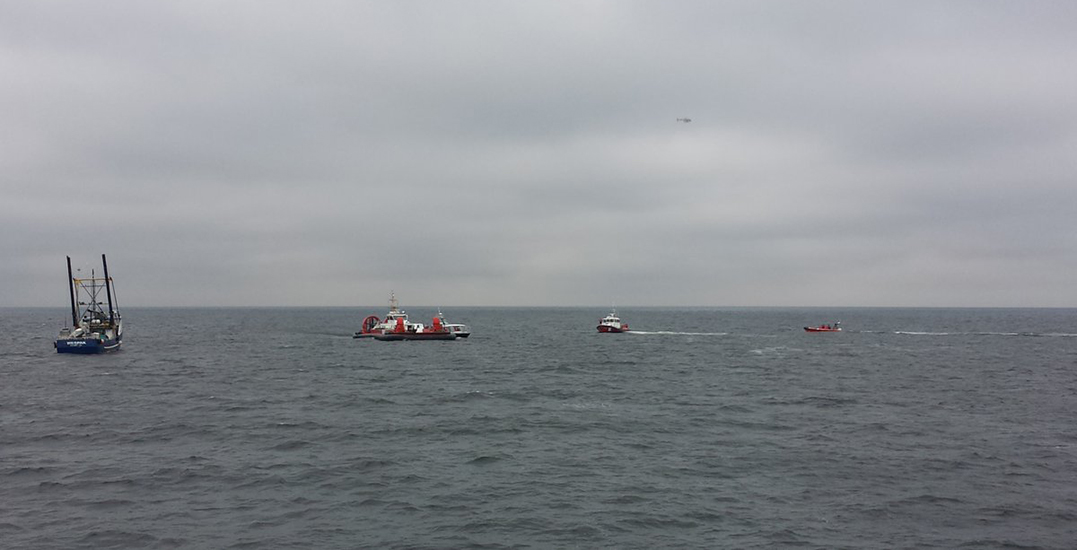 Over 30 people were rescued earlier today when a whale watching boat caught fire in the Strait of Georgia between Vancouver and Nanaimo.

A vessel from local company Wild Whales Vancouver sent out a mayday call at 11:44 am after flames broke out in the engine room. Thirty-four people were on board.

Fortunately, a number of vessels were “quick to respond and ready to act at a moment’s notice,” says Maritime Search and Rescue Coordinator Dylan Carter.

The Joint Rescue Coordination Centre (JRCC) sent a hovercraft from the Canadian Coast Guard to rescue the passengers. The BC Ferries’ Queen of Cowichan and the PCT Raven, a Royal Canadian Navy vessel, were also on standby.

@VicJRCC_CCCOS responded to a MAYDAY at 1144 from whale watching vessel JING YU due to an engine fire. Fire is out and all 34 passengers are being returned to shore by @CoastGuardCAN hovercraft SIYAY. Thanks to @BCFerries QUEEN OF COWICHAN and PCT RAVEN for the quick response. pic.twitter.com/51FBLoZ7Ak

By the time rescue crews had arrived, on-ship crews managed to seal the engine room and extinguish the fire themselves. The engine, however, was still emitting smoke.

“33 of the 34 were removed and taken to the Kitsilano Coast Guard [base]. The Master of the Vessel remained on board while the boat was being towed,” Carter explains.

The passengers are back on Vancouver shores and no one was injured. At this point, the cause of the engine fire is unknown.