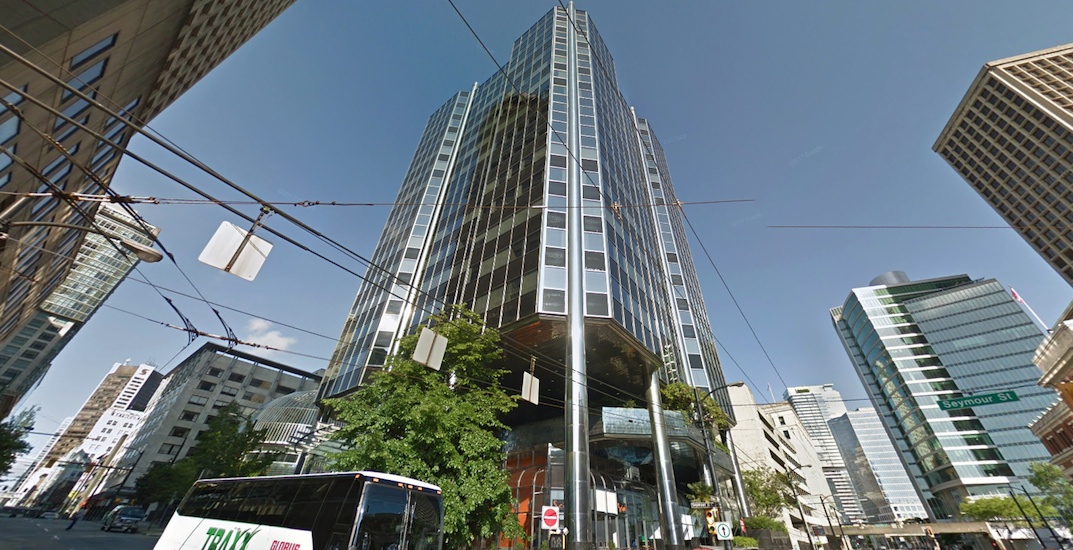 There will soon be a third WeWork co-working office location in Vancouver.

The New York-based company has leased five floors of space within Grant Thornton Place office tower at 333 Seymour Street – located immediately across the street from the Waterfront Station transit hub.

According to the Vancouver Sun, WeWork will add 1,100 desks at this location, increasing its total number of desks in the city to 3,800. This location will open by September.

WeWork’s entry into the Vancouver office market has been rapid to say the least. It opened an 80,000-sq-ft, five-floor location at Three Bentall Tower just last fall, and this was followed by a second 53,000-sq-ft office at the neighbouring Two Bentall Tower.

Amazon is the largest tenant of the first location in Three Bentall Tower, as it is occupying 80% of the space until its new purpose-built office building at 402 Dunsmuir Street reaches completion in early-2020.

WeWork will also occupy the upper levels of the Hudson’s Bay Vancouver flagship store in downtown as part of the retailer’s $1-billion sale of its Lord & Taylor New York City flagship store to the co-working company, but the start of the tenancy has not been announced.

The company began as a start-up in 2010, and has since grown to over 240 locations within 71 cities and 21 countries. Its latest valuation is US$20 billion.

But WeWork is not the only international co-working office company expanding in Vancouver this year.