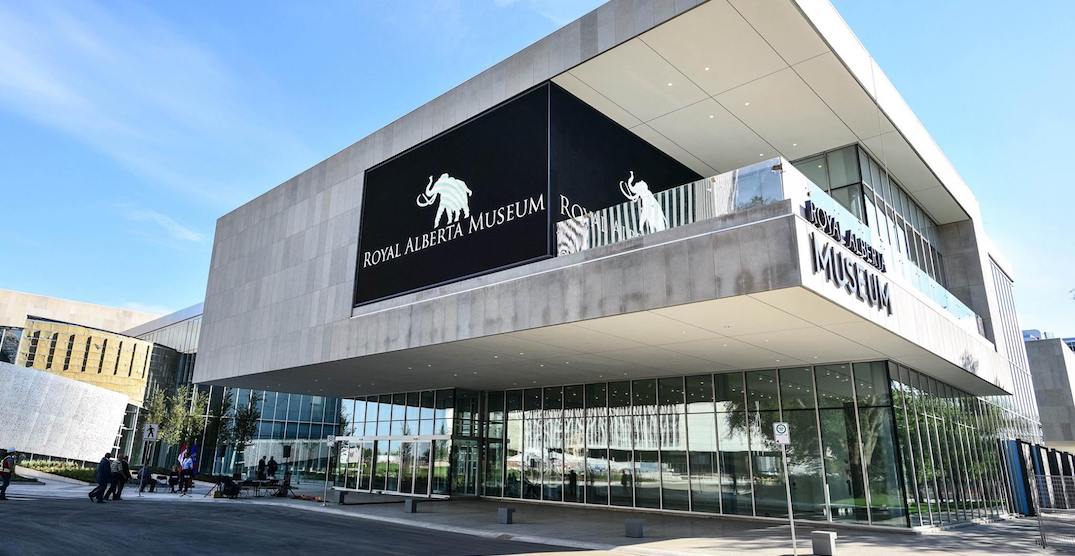 The doors of Western Canada’s largest museum are about to open to the public.

The Royal Alberta Museum, The newest (and, did we mention, biggest) museum on this side of the country is set to open on October 3 and will be offering free admission for the following six days.

“The new Royal Alberta Museum is an architectural showpiece where Albertans will see their history, their province, and themselves reflected inside the walls of this building,” said Alberta’s Minister of Culture and Tourism Ricardo Miranda in a release from the Government of Alberta.

“Visitors will experience transformative moments that have shaped our province – connecting our past to our present. Building a museum is a mammoth task and we look forward to welcoming Albertans back to their provincial museum to show what we have accomplished in bringing this world-class museum to life.”

Anyone who comes by the museum between October 3 to 8 will get in for the extremely affordable price of zero dollars and zero cents — a savings of $19 when compared to the regular admission (for adults) that will come into effect starting October 9.

Even though the admission is free, you’ll still need to book your tickets for the opening, and they’re selling out fast.

Once inside, you’ll be able to explore a museum spanning over 419,000-sq-ft and take a look at over 5,300 interesting objects including (but definitely not limited to):

“I’m so pleased to see this long-awaited addition to our downtown core,” said Edmonton Mayor Don Iveson in the release.

“It will enhance visitors’ historical and cultural experiences in our city and encourage more tourism which, in turn, benefits our local economy.”

The new museum can be found at 9810 103a Avenue in downtown Edmonton.