On November 3, the City of Vancouver is hosting a public open house to gather input on Westbank’s application for a 43-storey condo tower at 1550 Alberni Street. Check out the plans and voice your feedback to City staff and the project team.

In addition to condos, the proposal includes retail space along Alberni and Cordova, improvements to the public realm and a “Japanese Garden Lobby.” Setting it apart from most of Vancouver’s glass towers, the concept, designed by Japanese architect Kengo Kuma, incorporates wood as a key design feature. The tower itself is also shaped to minimize impact on surrounding buildings and to maximize balconies for units. 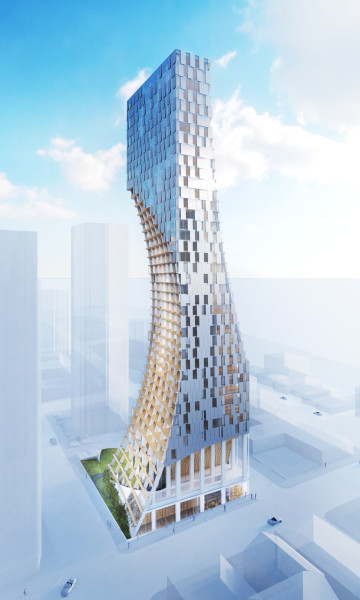 In the West End Plan, approved by City Council in November 2013, Alberni Street is designated as one of the streets for taller buildings and higher density to deliver funds for local amenities through Community Amenity Contributions.