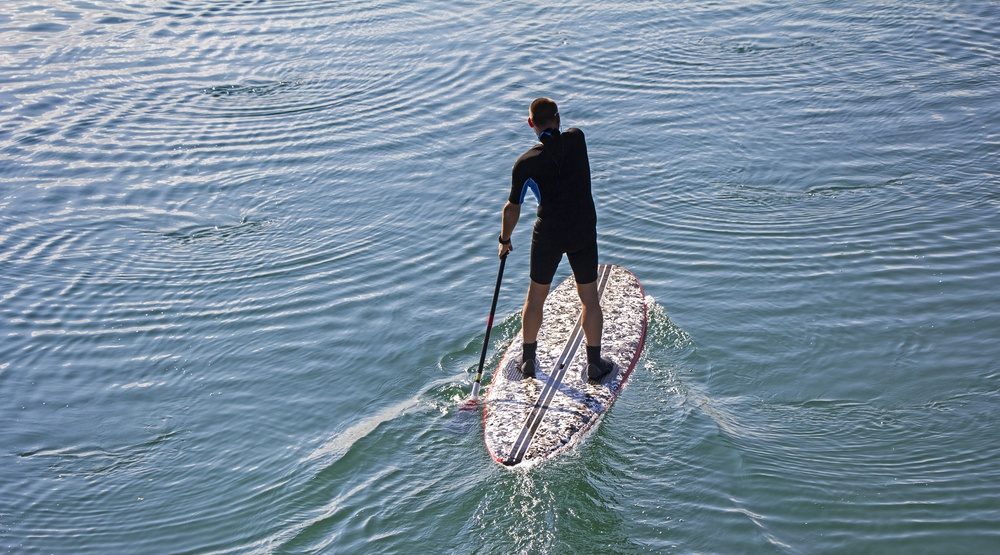 A certain saying about a certain creek seems appropriate after West Vancouver police released information about a prolific crook who tried to make a watery escape.

According to a release, a West Vancouver Police officer attended the 2900 Block of Roseberry Avenue at 6:30 pm on Monday, September 26 in response to a house alarm. The officer found the door ajar and searched the house.

Shortly after, the homeowner arrived back and showed the officer his CCTV footage. The video showed an unknown man entering his home and the officer quickly broadcast the description of this man.

At the same time that the officer was reviewing the CCTV footage, numerous residents in the area contacted the police about a suspicious person matching the man’s description, who was going through their backyards.

WVPD officers flooded the area and the suspect was eventually found by Const. Nicole Braithwaite.

But the suspect took off from Const. Braithwaite and fled south to the Marine Drive corridor on a bike. He was then observed entering the backyard of a house along the waterfront.

His escape attempt didn’t end there, however, as the suspect was eventually seen heading out to sea on a paddle board – without a paddle or a life jacket.

The VPD Marine squad was contacted and the suspect was retrieved from his watery escape.

Const. Braithwaite credits the response from the residents of West Vancouver for calling in the suspicious person.

“Without our residents assisting The WVPD, this property offender might have paddled off into the sunset,” she said.

The suspect is facing charges of Break and Enter, Theft from a Motor Vehicle and Theft Under $5000.