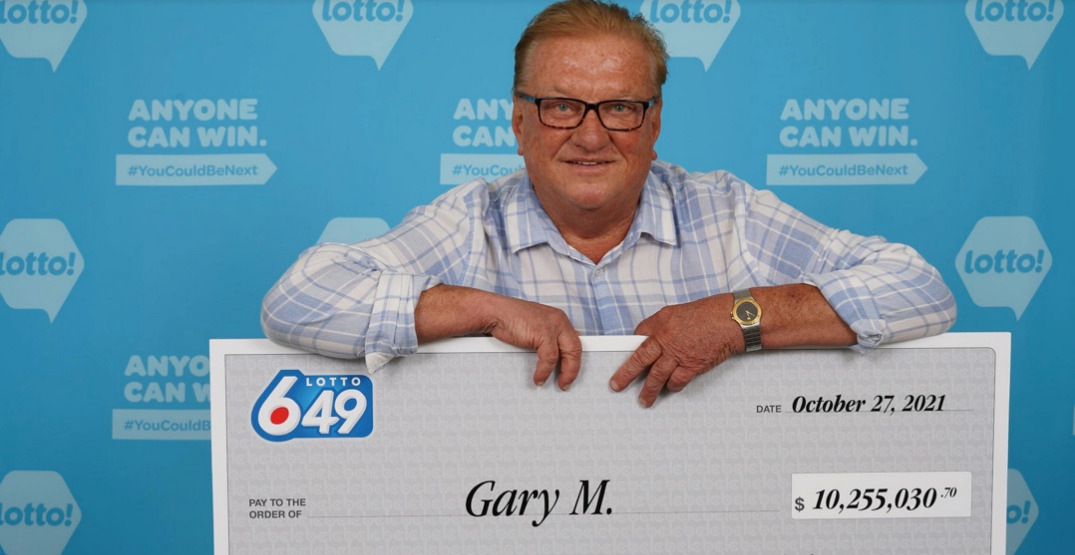 A West Vancouver man got the surprise of his life after winning a huge lottery prize.

Gary Muchula won a life-changing $10.2 million in the October 20 Lotto 6/49 draw after purchasing the ticket at the London Drugs at Park Royal Mall.

According to the BC Lottery Corporation, Muchula was out picking up his newspaper and decided to check his ticket at the gas station.

Those were Muchula’s words at the gas station, not having his eyeglasses at the time. He had to check his ticket three or four times, just to be sure.

Muchula has a dream of attending the Super Bowl, and the cost of a ticket may now seem like pocket change…

The first person he shared the news with was his partner, who unsurprisingly could not believe her ears.

“She was walking the dog and I asked her to sit down. I told her, ‘I just won the lottery!’”

Her reaction was about what one would expect, “Really? You’re not kidding?!”

Aside from potentially going to the Super Bowl, Muchula also wants to spend some time in Barbados for his Christmas vacation.