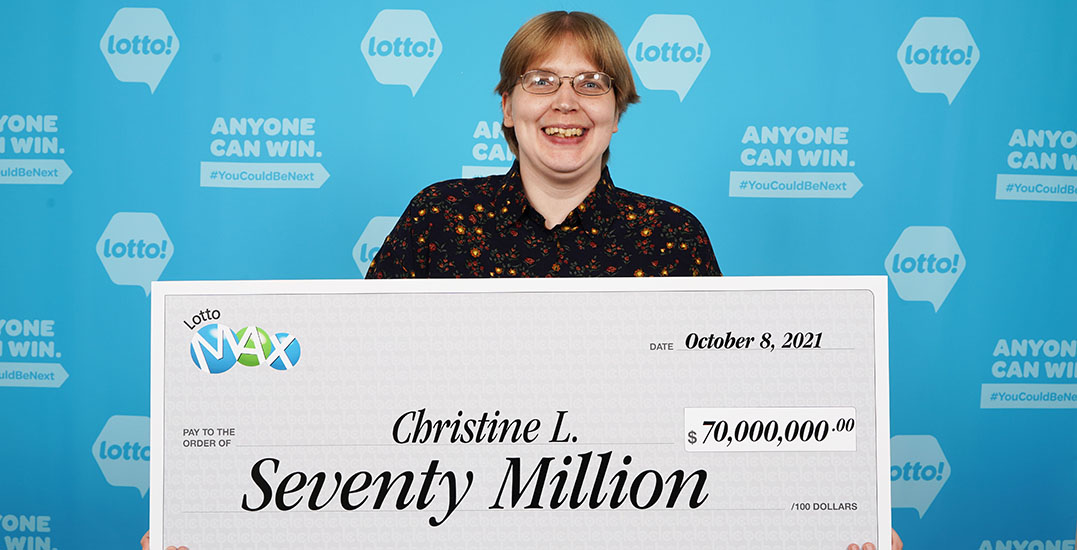 A woman in Burnaby has made history after becoming British Columbia’s largest-ever lottery prize winner.

According to the BC Lottery Corporation (BCLC), Christine Lauzon won a massive $70 million jackpot on the September 28 draw.

Lauzon purchased her winning ticket at the Shoppers Drug Mart on Hastings Street in Burnaby. It was a spur-of-the-moment purchase that she made along with a pack of peanuts.

“I just thought, ‘Why not buy a ticket?’” Lauzon said in a release. “I have definitely dreamed about it but I never thought it would actually happen. You never think it’s going to happen.”

The first people that she told were her roommate and her father — she adds that her dad “couldn’t keep a straight face.”

She also tells BCLC that “she has lots of ideas and causes that are close to her heart,” adding that it’ll take some time before she decides what else she’ll do with her winnings.

“I feel nervous and excited all in one,” Lauzon said. “I can’t fully wrap my head around it all right now. I am so excited for what is to come.”