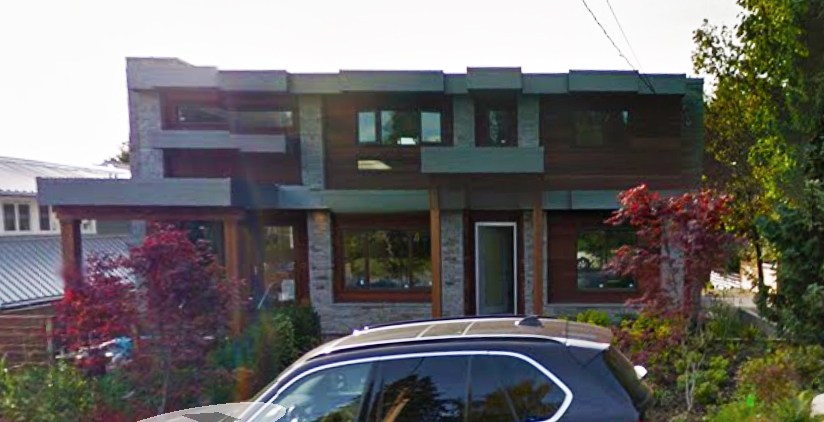 The District of West Vancouver wants to demolish this home (Google)

The District of West Vancouver want to demolish a home worth $2.9 million, arguing its owners built it without the proper building permits.

The District is suing owner Raven Michelle Flello and her partner Philip Garrow in BC Supreme Court over the property at 733 20th Street.

In the petition, the District claims the couple demolished the home that was previously on the site, and built their own, bigger home, against the rules.

Now the District wants the pair to leave the home and demolish it within 60 days. If not, the District will do it, and charge them for it.

The District argues the couple built a home that was two-storeys high and with too large a footprint, in violation of the Zoning Bylaws.

Now, argues the District, there are “health and safety issues such as mould from prolonged basement flooding and electrical hazards” on the “new dwelling.”

The petition says the District is concerned that since the building work is finished, it would be impossible to check to determine if the home met any permit requirements.

According to the District, the story begins back in October 2013, when Garrow applied for a building permit to renovate the then-existing small one-storey home on the property. 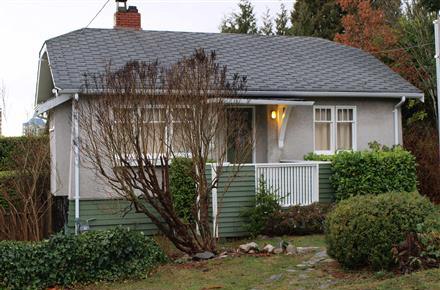 Previous home on the site of 733 20th Street, West Vancouver (BC Assessment)

However, four months later, while that application was still being processed, the District discovered the couple had already started demolishing the home without a permit.

Nevertheless, at the end of February 2014, the District says they issued a permit allowing the interior renovation of the original home.

As well, they said they permitted an addition to the south side of the home and a garage on the northwest side – both in relation to the original property.

The District says it specifically did not permit any substantial work on the original house, and did not permit the removal of the home or its concrete foundations.

In March 2014, the District said, staff found the original home had been almost entirely demolished, with the rest removed from the foundations and placed on the boulevard.

Since none of this work was approved, the District said it posted three Stop Work Orders on the property, but all were taken down without permission.

Like many homes in and around the area, the previous existing home was built under previous bylaws, which allowed a larger home, says the petition.

It had been grandfathered in as “legally non-confirming,” but once it was demolished, current zoning bylaws applied, restricting the size of the home, says the District.

According to the District, the couple would now need a demolition permit for the original home and entirely new building plans and permits for the proposed new home.

All the permits issued so far were cancelled, said the District.

The District then argues that Garrow submitted new building plans and a new application for a permit, but all were rejected for having too big a footprint.

By April 2014, the couple submitted a plan for a home that was sized appropriately, said the District, and staff issued a permit, with clear instructions as to the size and elevation.

However, in March 2014 and May 2014, say the District, inspectors examined the home’s foundations, and they were not approved because they did not match the approved permits.

According to the District, by October 2014, Garrow advised them he would apply for the Board of Variance to allow his previously proposed, oversize building plans.

The District says no such application has been received.

Fast forward three years, The District says that in April this year, after a neighbour complained, they discovered a new home had been built anyway.

According to the District, luxury vehicles were periodically parked in the garage and lights were on, with furniture installed.

The District say “almost none of the inspections required” during the construction of a new home had been conducted, and no occupancy permit had been issued.

As of July 2016, BC Assessment values the property at $2.9 million. Its assessment still shows the old home formerly on the site.

Garrow and Flello have yet to respond to the District’s petition. None of the claims have been proven in court.